NUR-SULTAN – The second International Writers Forum in Almaty Sept. 25-27 focused on translation issues through the theme “Discovering the world – opening to the world. Problems of literary translation and literary contacts.” 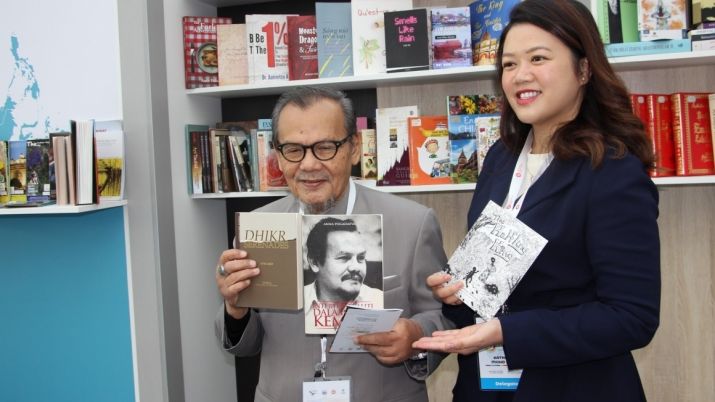 “Today, culturally, the world has become more diverse than in the past. The number of nation states that are striving for self-determination has increased. In the context of world economic events, the importance of culture is growing. Nations are anxious to find their cultural background and no culture now exists in isolation from the creative searches of others,” forum organisers said.

“A high-quality translation into foreign languages costs a lot of money; not every author has such money. We are talking not only about literature, but also about translations; without translation, we cannot open ourselves to the world. There is a need to promote the works of domestic authors in English-speaking countries,” noted Kyrgyz poet and writer Vladimir Lidsky, reported liter.kz.

“I think there is a political solution and we need to translate our best classics of Kazakh literature into other languages. In Soviet times, there were publishers Progress, Mir, etc., which translated the best world literature into Russian and Kazakh writers were translated,” he said, reported liter.kz

Currently, state support of literature translation is wanting, he noted.

“They translated Mukhtar Auezov, Mukagali Makatayev. After we translated and published Mukhtar Auezov into English, now they themselves want to publish the works of Mukhtar Omarkhanovich [Auezov] at their own expense. This happened for the first time in 25 years! We have wide connections; we are one of the 150 states that are members of the PEN Club. The state has not issued any finance over the past six years. I travel to the regions myself and collect money,” he added.

State support is needed not only to offset costs, but to ensure proper quality, as translation from Kazakh to English tends to be difficult, said Russian writer and translator Alexander Kim, who has translated works by such Kazakh authors as Auezov and Oralkhan Bokeev.

Gabdullin noted the forum, organised by the Kazakh branch of PEN International with Almaty akimat (administration) support under the Rukhani Zhangyry (Modernisation of Kazakhstan’s Identity) programme, is the first step towards solving the challenges of today’s translation.

“The current forum is notable for its practicality. Philosophical thoughts are no longer news. We talked about a useful and relevant topic – translation. I believe there are no good translators; there is a need to raise this problem. In the future, we will not be able to introduce Kazakh literature to the world if there are no good translators. Why did Abdijamil Nurpeisov’s novel ‘Blood and Sweat’ become known to the whole world? Because he was not lazy; he waited for Yuri Kazakov for three years,” said Kazakh writer Dulat Issabekov, according to liter.kz.