NUR-SULTAN – The last joint of the Saryarqa pipeline outside the capital, also called the “golden joint,” was ceremoniously welded Oct. 9, signifying completion of the first stage to provide gas there and to other Kazakh cities, reported inform.kz. 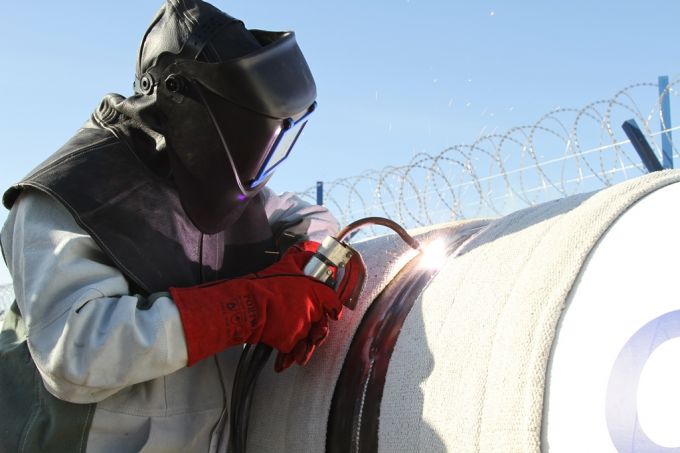 The 1,061-kilometre pipeline stretches from Kyzylorda through Zhezkazgan, Karaganda and Temirtau, ending at the capital. Construction started in March and was finished in a record eight months.

Gas is expected to reach 171 municipalities, serve 2.7 million people and create 190 new jobs. The project cost $685 million, $261 million of which was loaned by the Development Bank of Kazakhstan and Eurasian Development Bank. AstanaGaz, a structural division of Samruk Kazyna Sovereign Wealth Fund, will oversee the project.

The pipeline was among the Five Social Initiatives announced by First President Nursultan Nazarbayev in his March 2018 state-of-the-nation address. Since the country’s independence, he noted gas extraction had increased from eight to 52 billion cubic metres in nine regions. While nearly 50 per cent of the population had access to gas, those in the central and northern regions did not.

“This [the building of Saryarqa pipeline] is one of the five initiatives of First President Nursultan Nazarbayev. The start was given last December and the in-line part was finished in less than a year. This is one of the biggest infrastructural projects,” said Samruk Kazyna Chairperson Akhmetzhan Yessimov.

The next stage of the project is providing gas to the capital, which should be completed by 2021.

“Our objective is to distribute the gas inside the city. The first phase provides for gas supply to gas distribution networks of thermal power plants (TPP) 1, 2 and 3; private residential sectors Koktal 1 and 2; the Zheleznodorozhny settlement and the South East microdistrict. At the end of the first phase, residents of 13,500 houses will be able to get gas at home,” said capital Akim (Mayor) Altai Kulginov.

Pipeline construction will continue. Plans are to build a $123.6 million, 276-kilometre pipeline in the Nur-Sultan – Kokshetau direction, followed by the $48.5 million, 177-kilometre Kokshetau – Petropavlovsk pipeline. The last stage will be constructing the Temirtau and Zhezkazgan compressor stations. Completion of all phases is expected in 2032. 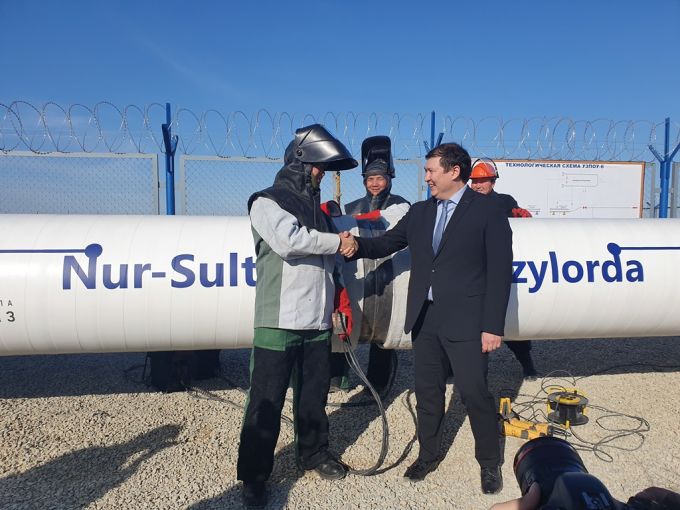 Providing gas to the capital will decrease emissions by 34,600 tonnes per year and reduce the air pollution index by 25 percent due to the switch from coal and wood normally used to heat houses.

“The citizens will feel more comfortable as well. When you heat a house with coal, wood or other solid fuel, it is tremendous work. Our citizens have such difficulties round-the-clock, especially if you consider our long winter period,” said Kulginov. “Only some technical work is left, which will be finished in November. In December, the pipe will be full of gas.”