NUR-SULTAN – QazTrade, established in September under the recently created Ministry of Trade and Integration, seeks to unify all support measures for Kazakh exporters, said QazTrade Director Arman Abenov in an interview with The Astana Times. 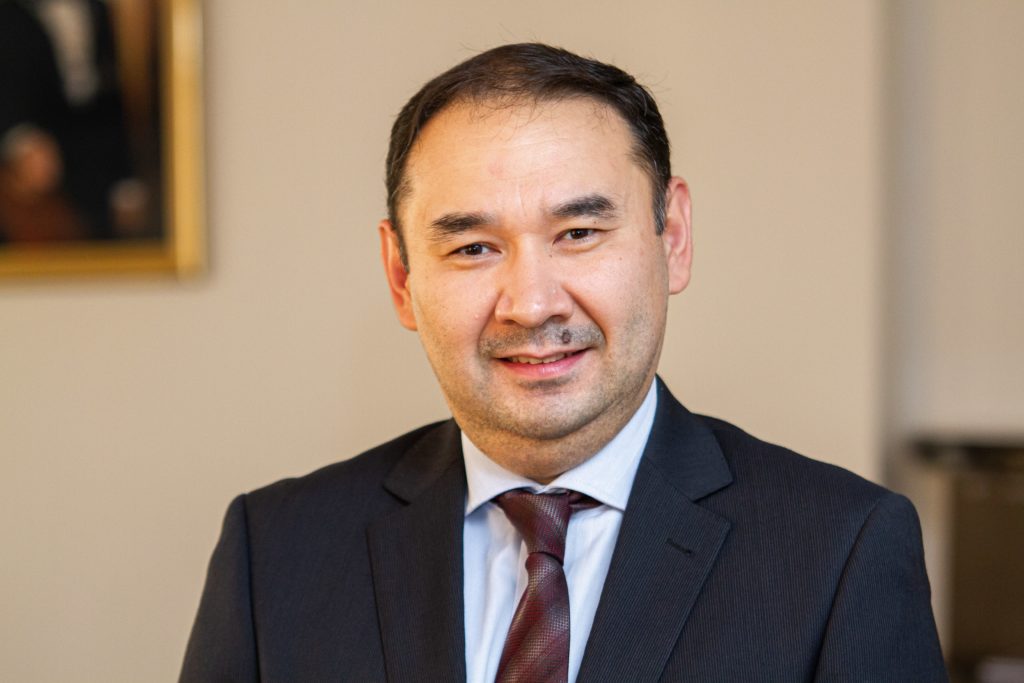 Formerly the Centre for Trade Policy Development, QazTrade, will tackle fragmented state support, one of the main challenges faced by exporters.

“The centre is meant to support exporters and improve the system of services, as well as build an effective interaction between exporters and government,” he said.

The European Union is Kazakhstan’s largest trading partner, accounting for 51 percent of exports, 88.8 percent of which is oil. Afghanistan, China, Japan, Kyrgyzstan, Russia, Turkey, the United Arab Emirates, the United Kingdom and Uzbekistan are also among the main consumers.

The government adopted a roadmap in September to boost the country’s non-oil exports in a broader effort to move away from the commodity-based exports that have long supported its economic growth.

“The roadmap focuses on domestic and external barriers and, once eliminated, it will reduce the impact of negative factors that domestic producers and exporters face,” said Abenov.

Kazakhstan has targeted boosting non-oil exports one and a-half fold by 2022 and two-fold by 2025, bringing the volume in the category to $38 billion. The country will focus on its priority export markets, including China, the Eurasian Economic Union (EAEU) and Central Asia.

“Promotion of non-oil exports, which are goods with high value added costs and high-tech goods, is among the country’s priorities,” he added.

To boost export capacity, QazTrade will soon launch an export accelerator programme, where companies will have the chance to expand their export development opportunities. Programme participants will have access to complimentary intensive coaching from experts and business consultants.

“This is a completely new programme and its efficiency is proved globally. It works in such countries as Canada, Australia, Russia, the United States and Germany,” said Abenov.

The centre’s website also includes information needed by current and potential exporters, including material on taxes and custom clearance and review of the Kazakh export market.

“The website will also have the registry of Kazakh exporters categorised based on the industries. Such service will allow foreign customers to find local contractors on the website. There will also be information about the Kazakh trade offices abroad,” he said.

“The current and potential exporters can expand their geography of supply worldwide through the Internet, reducing their costs. The distinct feature of these platforms is that even small producers, who do not have extensive financial capabilities and competencies, can sell their products to the entire world, thereby avoiding intermediate structures,” he added.

The centre, he noted, is currently working to help Kazakh processing industry producers enter the Alibaba Group platform, one of the world’s largest business-to-business marketplaces.

The centre also plans to conduct a comprehensive review of all legislative documents that oversee export development and promotion, enhance time-saving logistic procedures and operation processes, upgrade infrastructure through its modernisation and technical equipment and increase the traffic capacity at border points with EAEU countries.

“The roadmap envisions the marketing analysis to study foreign markets and determine which markets might be interested in Kazakh exports and create recognisable Kazakh brands in key markets, including the single brand ‘Made in Kazakhstan;’ study preferences of foreign consumers and foreign requirements for product labelling and develop attractive, quality, environment friendly, functional and relatively cheap packaging,” he said.

Exporters will also receive financial support, including lower interest rates for export-oriented companies, cancellation of customs duties for exports up to 1,000 euros (US$1,114) and a simplified procedure for value-added tax (VAT) return for exports, among other measures.

Promoting services to foreign markets will be possible by forming a country tourism brand and introducing a tax free system to attract more tourists and encourage purchases and a comprehensive analysis on the demand of the Kazakh education services and interests of foreign students.

“We need to highlight some of the biggest problems exporters face; for example, the difficulty to refund VAT. It takes years to return the multimillion-dollar funds of exporters and as a result, they have to face a shortage of capital. Kazakhstan’s milling association raised the issue regarding the increase in the import quota of Kazakh flour in China. Food industry companies emphasise the access of Kazakhstan’s salt to the Chinese market,” said Abenov.