By Aidana Yergaliyeva in Nation on 10 October 2019

NUR-SULTAN – President Kassym-Jomart Tokayev outlined the most pressing challenges facing the Kazakh capital and directed city officials and other government bodies to fix them during a major Oct. 8 meeting on Nur-Sultan’s development. 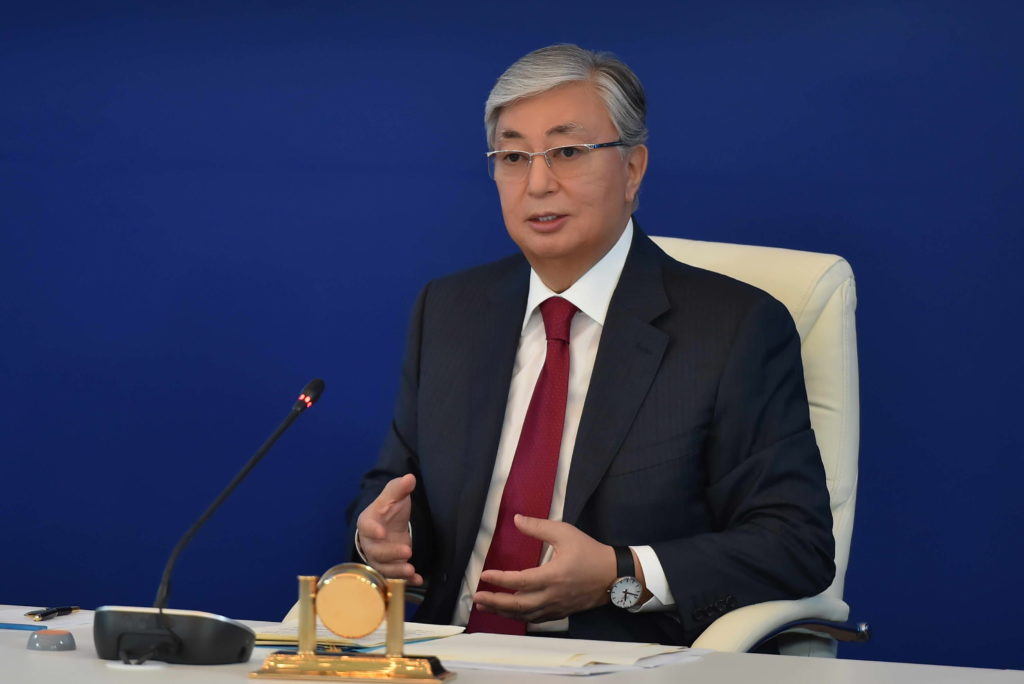 Tokayev said investment in Nur-Sultan has declined for the first time in 10 years and instructed the Nur-Sultan Akimat (city administration) and the Kazakh Ministry of Foreign Affairs to intensify efforts in attracting the investment to develop the city.

“Nur-Sultan should remain a city with a favourable economic and business environment. One of the priorities is to attract investment. The capital has always been a leader in attracting investment and should remain so,” he said.

The President also noted infrastructural problems that slow business development in the capital, including a slowdown in housing construction, reported the Akorda press service. To date, Nur-Sultan has 49 problematic buildings and 13,500 stakeholders waiting for housing projects to be completed.

Tokayev also pointed to delays in the construction of energy facilities, including the thermal power station No. 3. The facility began construction in 2010 and was supposed to be completed this year. However, the completion date has been pushed back several times and design and estimate documentation have become outdated during this time. The project cost has also risen to more than 40 billion tenge (US$102.62 million).

The capital city’s lack of readiness to connect to the Saryarka gas pipeline is another example of delayed infrastructure, said Tokayev. The pipeline should have already replaced coal as a source of energy and, as a result, improved the environmental situation in Nur-Sultan and along the pipeline route, which runs through the Zhezkazgan, Karaganda and Temirtau regions. 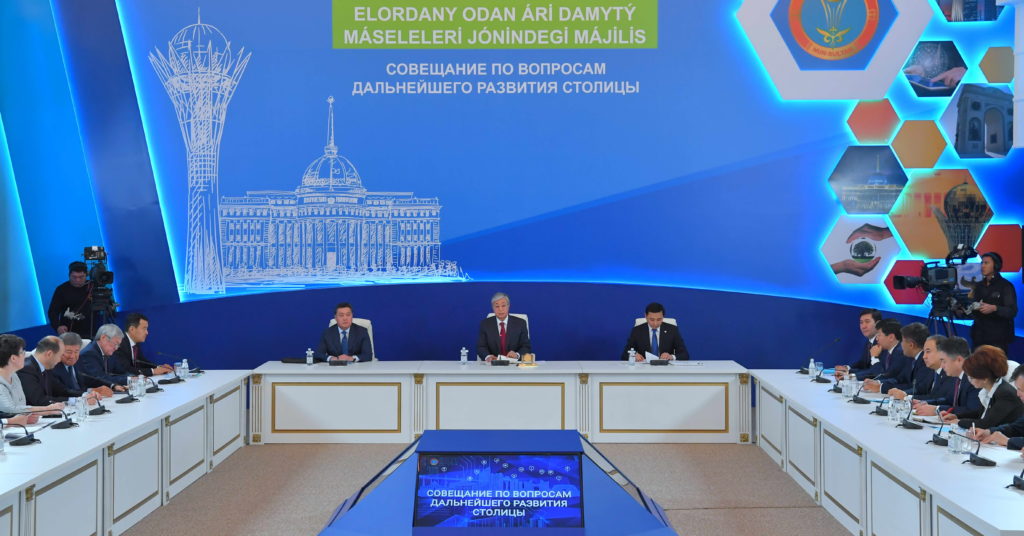 “This is generally an incomprehensible question. How did this happen? 2.7 billion tenge (US$6.93 million) envisaged for this year will be redistributed to other regions. This is despite the fact that you should first of all think about the gas supply of the capital, since in winter, you know what the picture looks like – the city is in smog,” he said.

Business development has also slowed down with problems associated with connecting to utility networks.

“Often land is put up for auction without technical conditions to connect to communications. Or the previously prescribed technical conditions during the construction are changed to others. This is an unacceptable situation. Allocated sites should be with ready-made connections to all networks,” the President said.

Tokayev also stressed that the share of non-cash payments of only 9 percent “not only causes inconvenience to residents and visitors of the city, but also leads to the growth of the ‘shadow economy’.”

“The Ministry of Finance, together with the city akimat, needs to take under strict control the presence of cash registers and card terminals at retail outlets in the city and the service sector,” he said.

In addition, he said, the capital’s food stores set high prices for groceries, which “testify to the weakness of the infrastructure and food belt of the city and the shortage of trading places.”

Tokayev tasked the Nur-Sultan Akimat and the akimats of the nearest regions, Akmola, Karaganda and Pavlodar regions, to establish direct contact between producers and distribution networks.

The Central Railway Hospital, for instance, has not been renovated in 60 years and is in urgent need of repairs, he said.

He also stressed the importance of involving more private partners in the construction of schools and preschool institutions to eliminate shortages.

The capital should also develop a “city without outskirts” principle, he said. This would mean building and repairing roads, enhancing central communications and ensuring street lighting on the outskirts of the city, including the Michurin, Internatsionalnyi and Kuigenzhar residential districts.

Tokayev also criticised transportation within the city. The most pressing problem is light rail transit (LRT) construction, he said. Although the President said in July that the project has a high risk of burdening the state budget, the LRT construction cannot be terminated at the point.

“The first thing that did not allow suspending this project was international obligations. The contracts are signed, there is arbitration. Arbitration is already the obligation of the state. The consequences will be much more serious in terms of financial obligations. Therefore, we went for optimisation, renounced a loan from the Chinese Development Bank,” said Nur-Sultan Akim (Mayor) Altay Kulginov on the sidelines of the meeting, reported tengrinews.kz.

Tokayev instructed the Kazakh government and the city akimat “to set specific deadlines for the resumption of work and the completion of the first phase of the LRT, as well as determine the schedule and mechanism for the implementation of the second stage.”

Nur-Sultan should also continue to develop the availability of public services in English on the one window principle for foreign experts and investors, he said.

“For this, the akimat needs to use the resource and experience of the Expat Centre of the Astana International Financial Centre,” he said.

Tokayev also instructed the akimat and government to examine building codes to improve the safety of citizens.

“Since the beginning of this year, there have been 14 accidents related to the fall of children from windows and balconies. I consider it necessary to strengthen specific safety parameters in building codes,” he said.