By Diana Vassilenko in People on 2 October 2019

NUR-SULTAN – The founder of an organisation that assists people with visual impairment, such as himself, meet the challenges of everyday life has been named one of Kazakhstan’s 100 New Faces. 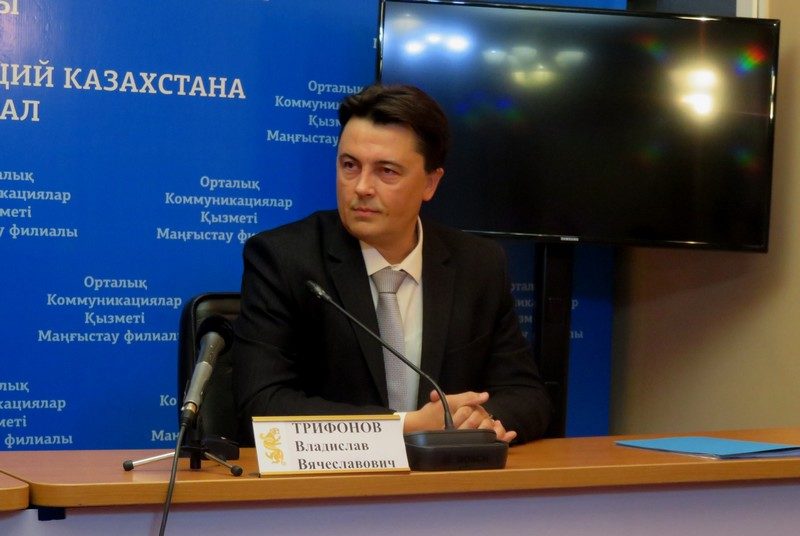 The 100 New Faces programme is a government project highlighting the personal stories of inspirational Kazakhs from all walks of life.

100 New Faces laureate Vladislav Trifonov is the founder of Community Fund for People with Disabilities and an advisor to the Mangystau Region Akim (Governor).

Trifonov was born in 1972 and had a childhood dream of becoming a military pilot. At the age of 15, however, Trifonov began to rapidly lose his sight. He graduated from the Shevchenko Secondary Vocational School No. 6, with a qualification of controls and instrumentation and automation mechanic but was unable to work due to his blindness. So, he began taking courses in massage and then enrolled in Aktau Medical College Meridian in 1998.

“For the first several weeks, I kept receiving bad grades at college. It was only because I couldn’t receive information through my eyes. Then, something happened – I reconsidered and revaluated things. I realised that if I don’t have eyes, I still have my ears, my hands and memory. A person can compensate for his disabilities with other things. And so, I graduated from college with high distinction,” said Trifonov in an interview with 24.kz. 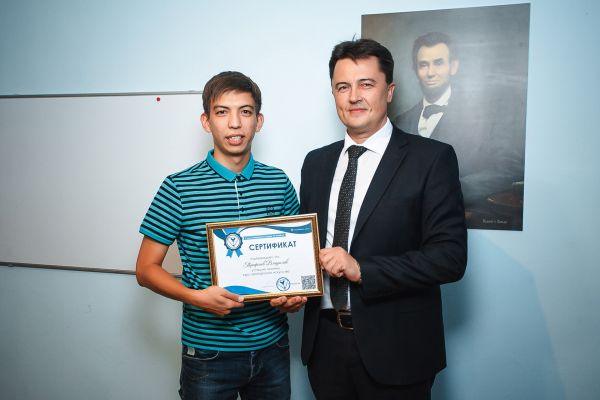 He graduated with a paramedic degree and has worked as a manual therapist for many years. He continues to receive feedback to this day from the people he had helped during his career.

Trifonov said that although his medical practice had been successful, it did not bring him complete satisfaction.

He started studying law at Aktau State University, and in 2006, Trifonov opened his own law firm, as well as the Community Fund for People with Disabilities, a public foundation specialising in staff recruitment, which worked for several years in the region before being transformed into the Alas Legal Support Centre, the aim of which is the protection of human rights with a focus on representing the interests of people with disabilities.

After graduating in 2008, Trifonov also began working as a lawyer in five state healthcare institutions, where his medical experience was useful. He has also worked as a lawyer in the Ministry of Healthcare’s Mangystau Region Departments of the Committee for the Payment of Medical Services and of the Committee for the Control of Medical and Pharmaceutical Activities.

He continues to educate himself in order to continue contributing to society. In 2016, he graduated from the Metropolitan business school with a degree in Public Sector Management. In 2017, he received a Master’s of Business Administration from Synergy University in Moscow.

“If talking about long-term goals, then, of course, I want and intend to act as an expert (in the support of people with disabilities) and reach a higher, international level. There are international organisations where there are commissions in which I would like to participate and where I would consider many issues on a global scale,” said Trifonov.

Since the launch of the 100 New Faces project in 2017, the project has featured inspirational stories of more than 5,000 Kazakhs who have been nominated for the national selection.