NUR-SULTAN – Nur-Sultan hosted Oct. 9-10 the United National World Tourism Organisation (UNWTO) Summit on Urban Tourism. More than 700 delegates from 30 countries gathered to explore the definition of smart cities and smart destinations and the role of tourism in the development of cities. 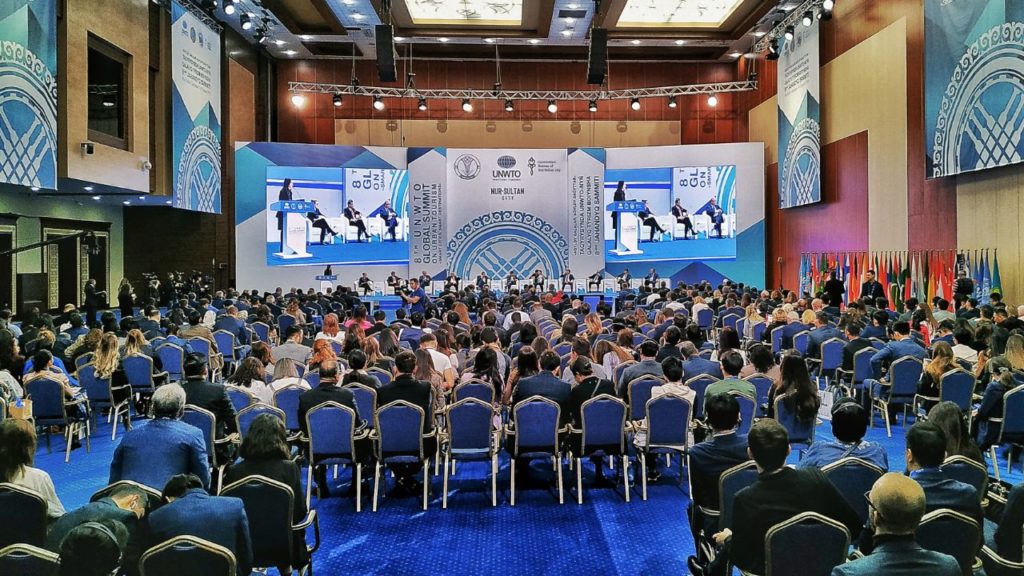 The two-day event, which also included the adoption of the Nur-Sultan smart city declaration, reaffirmed the five key pillars that smart cities should develop in their effort to build inclusive, resilient and sustainable cities.

The approach should be holistic and people-centred, going beyond the frequent association of smart cities with the use of advanced technologies and innovations.

Tourism should also become an integral part of the city’s development agenda as a means to make tourism a true contributor to the development of cities.

“Cities need to be safe and comfortable to be attractive for tourists. We are working on this at the moment. We use the best practices of Europe’s top cities and are developing the concept of smart city focusing on safety, logistics, healthcare, education, housing and public services,” said Kulginov.

“The Kazakh tourism sector has grown, on average, by seven percent in the last ten years, which is almost three percent higher than in other sectors of the economy. Tourism is also an important part of our diversification,” said Mamin.

Nur-Sultan stands at the forefront of the country’s efforts to integrate digital and technological solutions, he added.

The concept of a smart destination starts from the very planning of a trip, said Kazakh Tourism company Deputy Chair Kairat Sadvakassov.

“We try to take care of it, when tourists plan the trip. We need to use any technology to attract tourists when they only plan or just think about trip, so they know what to expect. When they are here, most important, apart from trying to make them happy, the country should not get oversaturated with tourists. Sometimes tourists face problems in the country, smart system should be a significant part of planning,” he said.

“We border Russia and China and there are a lot of transport corridors. We need to have the opportunity to monitor how many tourists come, where they stay, so we could plan our resources,” added Sadvakassov.

Global Head of Advertising and Tourism Organisations at Amadeus Ramon Sanchez said the definition of an ideal tourism destination varies across the country, but right approach to planning might be a solution.

The smart city, he noted, capitalises on three steps of identifying, planning and discovering.

“First, you should determine what tourists you want to welcome at your destination, then plan and design, the key step. Then discover where they stay, their profiles, what they seek to focus on. You build you marketing campaign based on these three steps,” he said.

“Community should be involved in the tourism development. It needs first to understand the importance of tourism, not only its economic impact but people to people contacts and cultural exchange. Tourism is a very horizontal sector. It deals with every supply chain,” said Carvao.

“It is an important part of our travels. Many travel just to try local food and try restaurants. We try to create new destinations for gastronomy tourism, we do this also in urban tourism. Vice mayors and mayors are those who think about it every day, because a lot of things depend on tourism,” he said.