NUR-SULTAN – More than 20,000 people have signed an online petition at change.org demanding the Almaty Zoo be shut down. 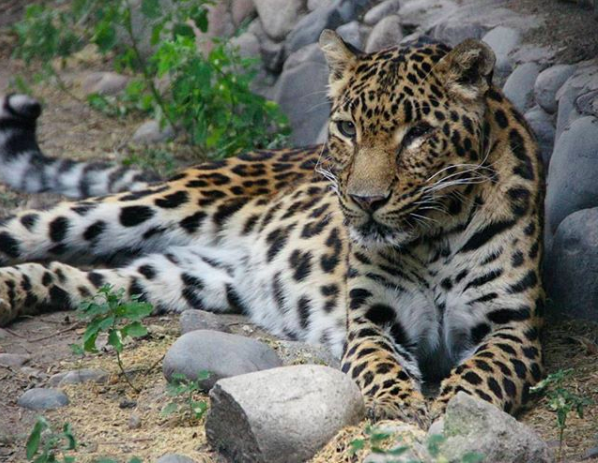 The petition is titled “We demand to close the zoo in Almaty. Animals are neither a thing nor a source of profit” and was launched by Batyrkhan Togaibayev.

Togaibayev addressed Almaty Zoological Park officials in a message posted with the petition in July saying too many animals die in the zoo’s care.

“At least five animals have died in the Almaty Zoo over the past month: a giraffe, two young lionesses, an elk; they’ve also euthanised a tiger. Many animals have also died in the zoo before that. Before Vyacheslav Banshchikov became the director, a zebra died, and an Amur tiger, as the former Director Yerzhan Yerkinbaev said, was sent to the ‘most terrible zoo of Karaganda’,” said Togaibayev.

Togaibayev asserted in the petition that the goal of Kazakh zoos contradicts with world standards.

“The aim of zoos in developed countries is to save species from extinction. A zoo can contain and study rare and endangered species of animals to create artificial populations in captivity. A zoo should be a genetic bank for the conservation of rare and endangered species of animals by keeping specific individuals for posterity and further developing their populations,” reads the petition.

Togaibayev says proponents of closing the zoo will no longer negotiate with zoo executives. The activists are requiring a complete closure of the Almaty zoo.

“We do not demand the zoo executives negotiate with the eco-activists. We do not call for modernisation, or to improve the conditions of the detention. We have already witnessed how these requests are answered simply with unfulfilled promises both verbally and on paper. We call for the complete closure of the zoo,” wrote Togaibayev in a message on the change.org website.

The petition suggests where the animals currently kept in the Almaty Zoo could be relocated.

“Animals can be sent to more modern zoos, such as those of New York and London. We could give them either free of charge or on a paid basis, and send the proceeds to Kazakh national reserves,” reads the petition.

“Maybe it will sound rude, but to put it mildly, this is nonsense. From year to year, the number of zoos in the world is only increasing. It seems to me that closing the zoo would be wrong. Our zoo is the best in the country. There are only three state zoos in Kazakhstan. And regarding those shortcomings made by the previous executives… work is currently underway in that direction. Now, an aviary for wolves is being built, an aviary for bears has been reconstructed. All are following European standards. A saiga aviary is under construction,” said Azhibayev, as reported by Tengrinews.kz.