Mahatma Gandhi, A Man of All Times

India is commemorating 150th birth anniversary of Mohandas Karamchand Gandhi, better known as Mahatma Gandhi. Born on 2 October, 1869, Gandhi overcame the ordinary circumstances of his family, to become the leader of the national movement of India for freedom from the British rule. 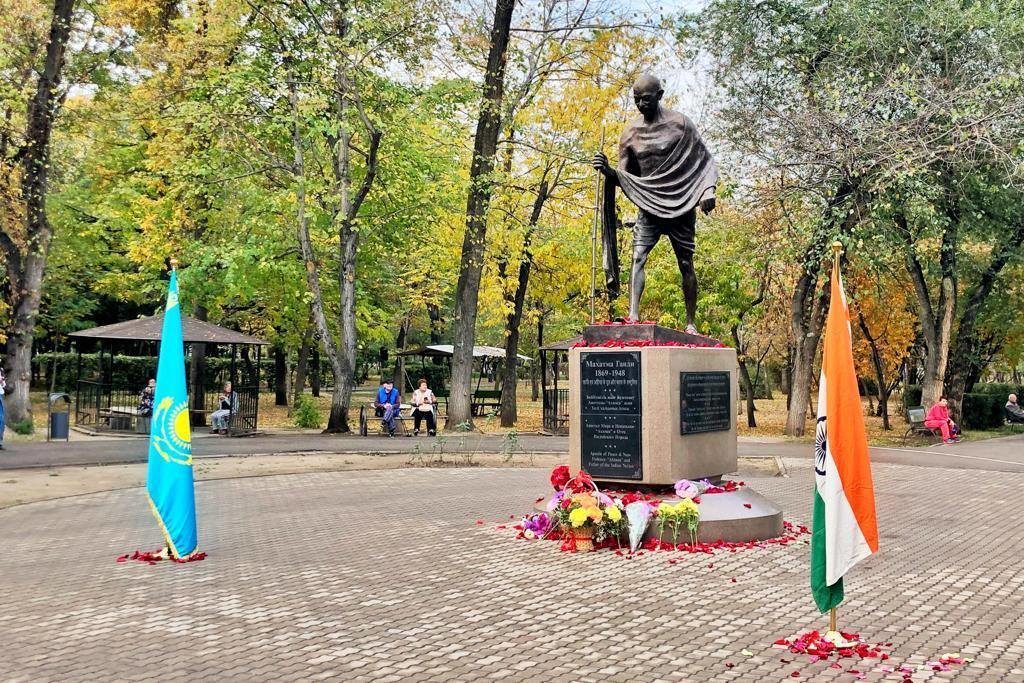 The man, who practically invented peaceful resistance and non-violent opposition, influenced almost every sphere of life of Indians and is an eternal inspiration not only for India but for the world. When asked what message he would like to give to the world, he said, “My life is my message.”

Mahatma Gandhi practiced and trained the Indian freedom fighters in carrying out a non-violent struggle during a period when the most violent world wars engulfed us. He taught the people of India how to make political and economic progress through practice of passive resistance, civil disobedience and non-cooperation, or Satyagraha, or truth-force, as he preferred to call it.

This teaching has gone a long way in India’s emergence as the biggest democracy in the world. The practice of democracy has allowed the people of India to articulate their desire for development and progress through peaceful means and by participating in regular elections to parliament and state assemblies and choosing governments that would meet their expectations. The political parties, which win the elections and form the governments, therefore have the responsibility to implement programmes according to the demands coming from the electorate. The electorate evaluates the performance of the governments through endorsing or rejecting the political parties at the next elections. 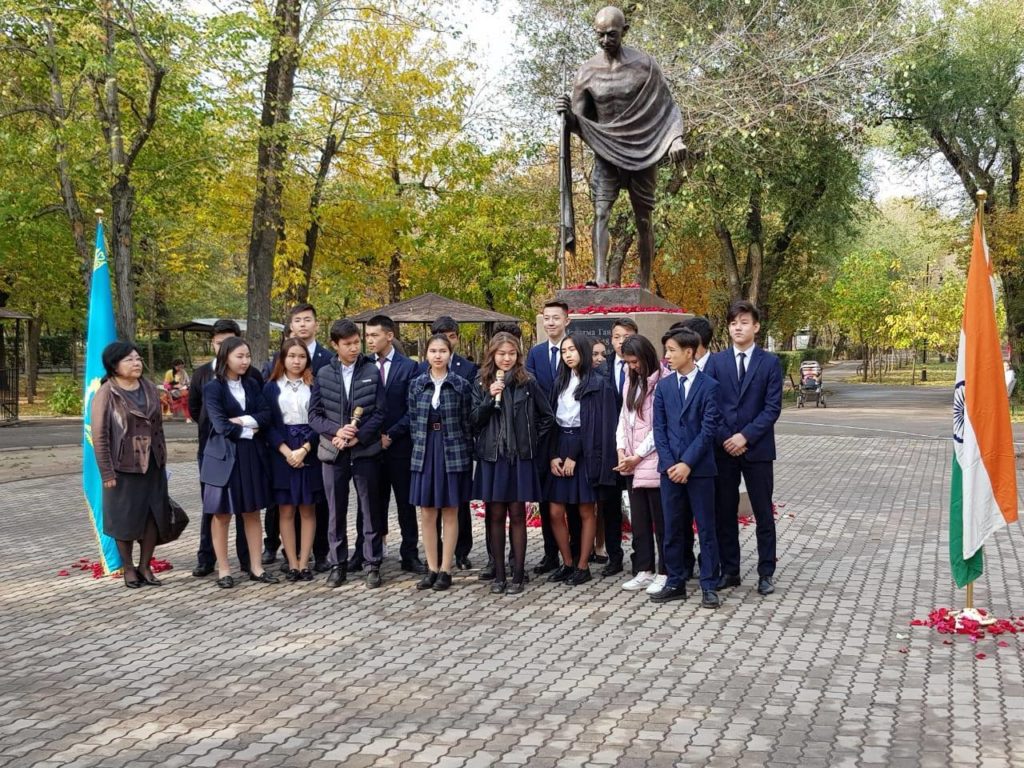 Gandhi is relevant today to the world not only for the practice of non-violence, the efficacy of which has been acknowledged by many other big leaders of the 20th century, including the great leader of South Africa, Nelson Mandela, civil rights leader of the United States of America, Martin Luther King Jr., and Lech Walesa of Poland, but in many other spheres also as he articulated views on ecology and the environment, economy, education and health, which remains a guidance for India and the world. Gandhian views have left their imprint in areas as diverse as economics, philosophy and spirituality apart from politics and conflict resolution.

Martin Luther King Jr. wrote “If humanity is to progress, Gandhi is inescapable. He lived, thought and acted, inspired by the vision of humanity evolving towards a world of peace and harmony. We may ignore him at our own risk.” 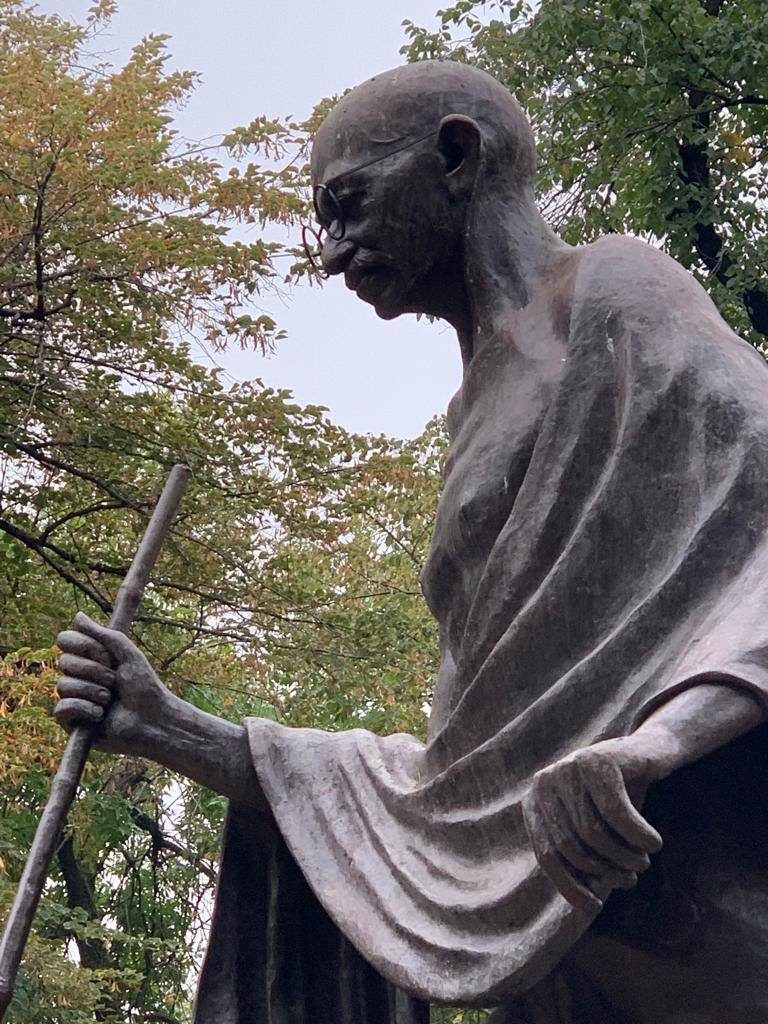 From 2014, India has embarked upon a cleanliness mission, a cause very dear to Mahatma Gandhi. Called ‘Swachh Bharat’ or Clean India Movement, the goal is to have a clean and green India, where the citizens can enjoy a healthy life in a clean environment. In our quest for development, sometimes we have ignored the damage being caused to the environment, which in fact is already harming the health of our planet and our own health. Gandhi had realised the problem, which we are now coming to understand and had said ‘the earth provides enough to satisfy every man’s need, but not every man’s greed.’

India remains committed to the agreements reached at the 21st Conference of the Parties of United Nations Framework Convention on Climate Change held in 2015 in Paris and is taking decisive action to reach the targets set therein. To encourage and promote the use of clean energy, India, along with France, has also set up the International Solar Alliance (ISA) which encourages the use of clean solar energy. The ISA agreement, which has been open for signature since October 2016, already has 79 members.

The life and work of Mahatma Gandhi will continue to inspire India and the world in the years to come. In this year of his 150th birth anniversary, India is not only commemorating this date but also taking and implementing several policy decisions in accordance with his vision. This is the real tribute to Gandhi.

The Embassy of India in Kazakhstan is also commemorating the 150th anniversary with several programmes to increase the awareness about Gandhi’s ideas and vision, which are universal in nature. Among the projects is Gandhi’s autobiography – The story of my experiments with truth – in Kazakh language, which will be released soon.

The author is the Ambassador of India to Kazakhstan.