By Diana Vassilenko in Culture on 4 October 2019

NUR-SULTAN – The Cervantes Institute recently hosted a presentation of anthologies of modern Kazakh prose and poetry published in Spanish at its headquarters in Madrid, Kazinform reports. 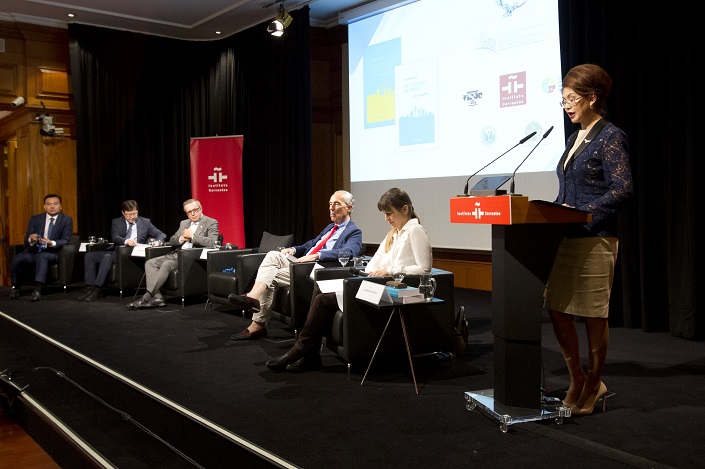 The anthologies were translated into Spanish as part of the Contemporary Kazakh Culture in The Global World project, under which modern Kazakh literature anthologies, which feature works of 60 Kazakh poets and writers, are being translated into the six official languages of the United Nations: Arabic, Chinese, English, French, Russian and Spanish.

“My colleagues and I understand and support the desire of Kazakhstan to introduce its culture and literature to the world… I am sure Kazakh readers are familiar with our great writers, poets and artists, we work hard so that the whole world knows about them. However, in order to establish a true friendship and understanding, the cultural exchange must be reciprocal. Therefore, the publication of such serious collections is of great importance to us. This is the true interpenetration of cultures,” said Head of the Cervantes Institute Rosa Leon at the presentation.

Assistant to Kazakh President and Secretary of the National Commission for the Implementation of the Ruhani Zhangyru (Modernisation of Kazakhstan’s Identity) programme, which seeks to preserve and popularise the country’s historical and cultural heritage, Aida Balayeva, Kazakh Ambassador to Spain Konstantin Zhigalov, Executive Director of the National Translation Bureau Rauan Kenzhekhanuly and Deputy Chairman of the Writers Union of Kazakhstan Akberen Yelgezek attended the presentation. 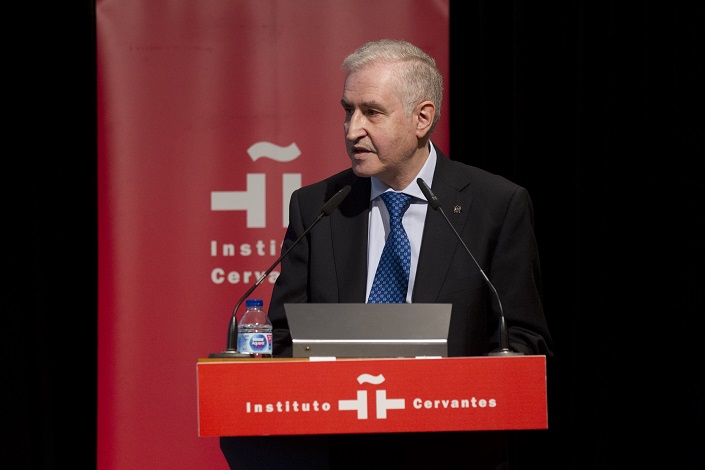 “The task of the Contemporary Kazakh Culture in The Global World project is to present modern Kazakhstan to the whole world through its culture. Therefore, the most important thing for us was to achieve a high artistic quality of the translation, which would enable us to reach the hearts of Spanish readers. For this, the Spanish translators visited Kazakhstan, met with the authors, with our country and culture. They have become carriers of our friendship. We hope such cooperation serves to further bring the Kazakh and Spanish cultures closer, strengthen relations between our countries,” said Balayeva.

The Ministry of Culture of Spain was a partner on the Kazakh project, which is being implemented as part of the Ruhani Zhangyru programme, whereas the Cervantes Institute functioned as the creative consultant. The Visor Libros publishing house has been selected to carry out the literary translations, printing and distribution of the two modern Kazakh literature anthologies in Spanish.

María Sánchez Puig, the Spanish royal family translator, doctor of philology and professor at The Complutense University of Madrid presented the anthology of Kazakh prose to the Spanish reader by translating it and being the author of the introduction. Modern Kazakh poetry was introduced to the Hispanic world by the Spanish poet, writer, philologist and professor at the Royal Spanish Academy, Luis Alberto de Cuenca.

There are 10,000 copies of the Spanish translations of the anthologies, which will be distributed among libraries, educational institutions and academic centres of Spain and 18 Latin American countries. The publications will reach more than 600 million people.

The British Library in London and the City Hall of the first arrondissement of Paris also recently presented the anthologies of modern Kazakh prose and poetry in English and French respectively.