By Yelena Levkovich in Business on 31 October 2019 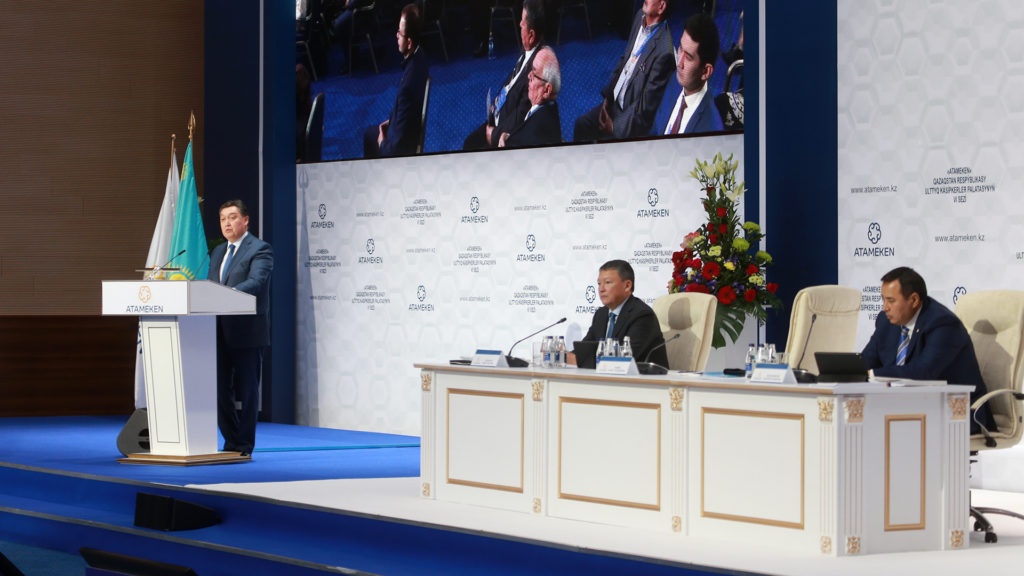 More than 30 percent of the population are actively involved in small and medium-sized businesses, which represent a 28.5 economic share. The policy challenge is to raise the rate to 35 percent through 2025 and to no less than 50 percent by 2050. Systemic and structural effort is already underway, he noted.

“We urge domestic business to participate in all these processes, being eager to create attractive terms both for Kazakh and foreign investors,” he added.

As a result of the completed work, Kazakhstan has recently moved up to 25th place on the World Bank Doing Business Rating. To further improve the country’s business climate, authorities are creating the eighth package of legislative initiatives aimed at opening bank accounts and simplifying companies’ registration procedures, as well as protecting minority shareholders. Efforts will be focused on attracting investments into the manufacturing industry, fuel and energy and agro-industrial complexes, tourism, transport and logistics.

The principle of presumption of an entrepreneur’s good faith will be followed, meaning all uncertainties and issues not regulated by existing laws would favour businesspeople. At the same time, the government will reserve a transition period for norms, imposing additional obligations on businesses and citizens.

As experts noted, business development mostly depends on the regions, which is why the government and chamber have monitored all areas to define regional growth points. The review system currently has approximately 1.8 million respondents and the survey is continuing throughout the country. As a result, measures of government support will be developed at the district and rural region level.

Mamin added the main objective is to increase exports of non-primary goods with higher added value. As a result, 500 billion tenge (US$1.3 billion) is already available for the following three years and seven goods groups have been identified for export diversification.

“The government does its best to create the most favourable conditions for doing business. We keep working on further improvement of the business environment,” the prime minister said.