By Aidana Yergaliyeva in International on 2 October 2019

NUR-SULTAN – The relatively young diplomatic relations between Kazakhstan and Rwanda have a great potential to flourish and materialise in mutually beneficial agreements in trade, industry and tourism once a direct air route is established, said Williams Nkurunziza, the Rwandan Ambassador to Kazakhstan with concurrent accreditation in Azerbaijan, Jordan, Lebanon and Turkey. 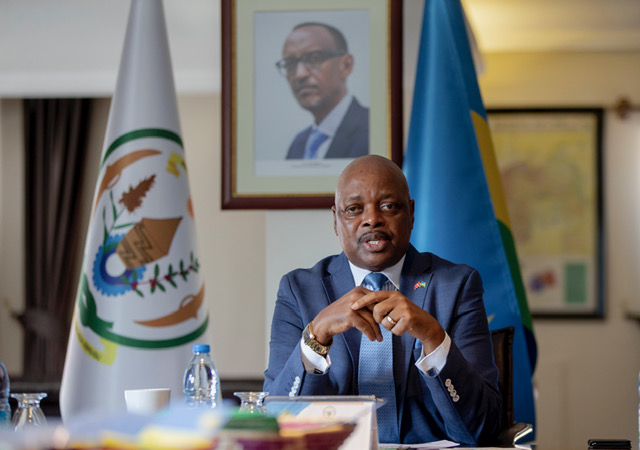 Diplomatic relations between Kazakhstan and Rwanda were established May 10, 2012.

“That is a very young relationship, but I think it’s a relationship that started on a very high note,” Nkurunziza told The Astana Times.

Rwandan President Paul Kagame’s visit to Kazakhstan in September 2015 “made the game fast” for the two countries, he noted. He was the first African leader to visit the Eurasian country and both delegations expressed their interest in developing bilateral relations.

“We are a relatively young country, which is just beginning to establish relations with African states,” said Kazakhstan’s then President, Nursultan Nazarbayev, during the visit, reported the Akorda press service.

Nkurunziza presented his credentials in 2016. During the three years of his diplomatic service, he has observed “an increase in the level of conversation, the discussions.”

The agreement is the latest big step to create a stronger bilateral relationship. The document should establish a direct flight between the countries, which “is going to promote greater people-to-people engagement, tourism and different activities,” he noted.

“Once we have air transportation connection and that becomes the bridge between economies, you can move people, you can move goods and services,” he added.

During his September visit to Kazakhstan, Nkurunziza was expected to meet with the government in Nur-Sultan and private sector in Almaty – all to strengthen the bond. This will be his first trip to Almaty, the nation’s cultural and business centre, “to find out how our two economies can collaborate in the private sector,” he said.

“We are happy with the state of affairs in our relationship. We think we can do much more and that is why I am here – to explore how we can strengthen the relationship between us,” he added.

Rwanda, for example, is interested in Kazakhstan’s experience and “strength in the energy sector, mining sector and in the agriculture sector” and wants to find “possibilities of exploring synergies, sharing experience, sharing technology, opening up markets,” he noted.

At the same time, Rwanda can offer Kazakhstan “tropical fruits and vegetables you can’t grow in Kazakhstan that you might be interested in. We grow coffee; we grow tea. We know that people in Kazakhstan, at least the little experience that I’ve seen, you enjoy your coffee. Why can’t we sell you Rwandan coffee? There is a lot that can be done,” he added.

At present, two Rwandan students are studying in Almaty and the country “expects there will be more” such cultural exchange opportunities.

Kazakh-Rwandan relations seem unusual at first glance, but might grow into a mutually beneficial situation as both countries show interest in cooperation.

“As Rwanda, we are very committed to this relationship; we want to see it strengthened. Particularly, we would like to see greater engagement within the economic space in terms of trade and business between Kazakhstan and Rwanda. We are extending an invitation to the great people of Kazakhstan to come and explore the wonders of Africa,” he added.

Rwanda, with a population of 12.5 million, is located on 26,338 square kilometres in the eastern portion of Africa. Its gross domestic product (GDP) is estimated at $9.5 billion and it is the second fastest growing economy in Africa (7.5 percent growth per annum since 2007) and the most improved nation in human development in the world. Similar to Kazakhstan, it has a young and growing population, as approximately 70 percent is under 30.