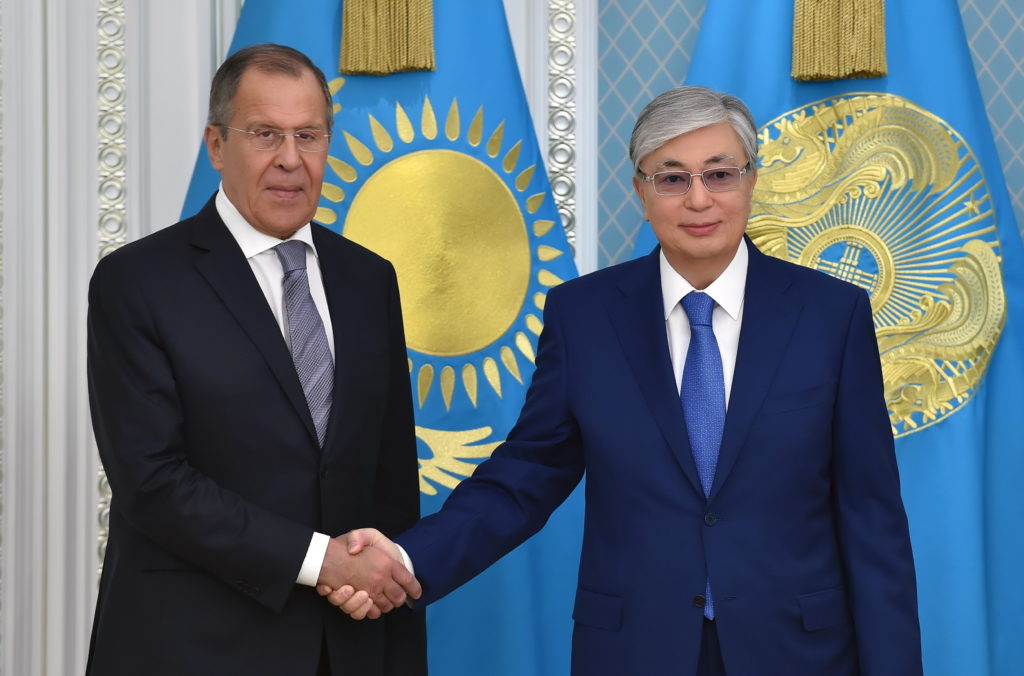 Tokayev said Lavrov’s visit will strengthen relations and praised the recent Valdai Forum in Sochi where he participated.

Tileuberdi and Lavrov discussed transportation, energy and military-technical cooperation as well as interaction within the Commonwealth of Independent States (CIS), the Eurasian Economic Union (EAEU), the Collective Security Treaty Organisation (CSTO), the Shanghai Cooperation Organisation (SCO) and the Conference on Interaction and Confidence-Building Measures in Asia (CICA).

Tileuberdi thanked Lavrov for Russia’s constructive stance on addressing bilateral issues and said “cooperation with Russia has been and will remain one of the main priorities of Kazakhstan’s foreign policy. All these years, Kazakhstan has demonstrated a strong commitment to good partnerships.”

Tileuberdi also said “the visit made it possible to see the fruits of the painstaking work of the foreign ministries of the two countries to further strengthen and expand trade, economic, cultural and humanitarian relations.”

Tileuberdi said cross-border trade accounts for 70 percent of the two countries’ bilateral trade and that Kazakhstan had thoroughly reviewed preparations for the meeting in Omsk.

The two delegations also discussed regional and international issues, including regional and global security, negotiations on Syria and the situation in Afghanistan.

At the end of the meeting, the parties reaffirmed their commitment to strengthen relations.