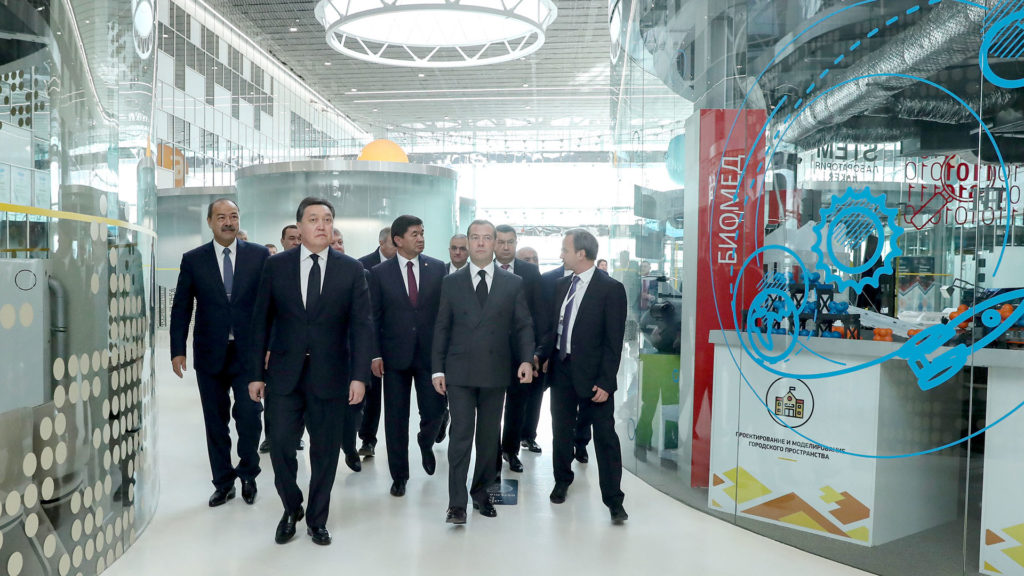 At the CIS session, Mamin focused on the need to strengthen trade cooperation, the search for “new growth points” and the development of a proactive position in attracting investment capital within the commonwealth. He proposed to devise a CIS Investment Strategy for the upcoming three years and use the Astana International Finance Centre to exchange best practices and intensify work on the mutual provision of financial services.

The prime minister stressed the importance of accelerating work on a draft of the Agreement on Free Trade of Services within the CIS. He spoke about initiating a new programme for the development of industrial cooperation of CIS nations until 2025.

Narrow and expanded sessions concluded in the signing of documents, such as the Cooperation Concept of CIS Members in the Digital Development of the Society, the plan of priority measures for its implementation and CIS Members Information Security Provision Strategy. 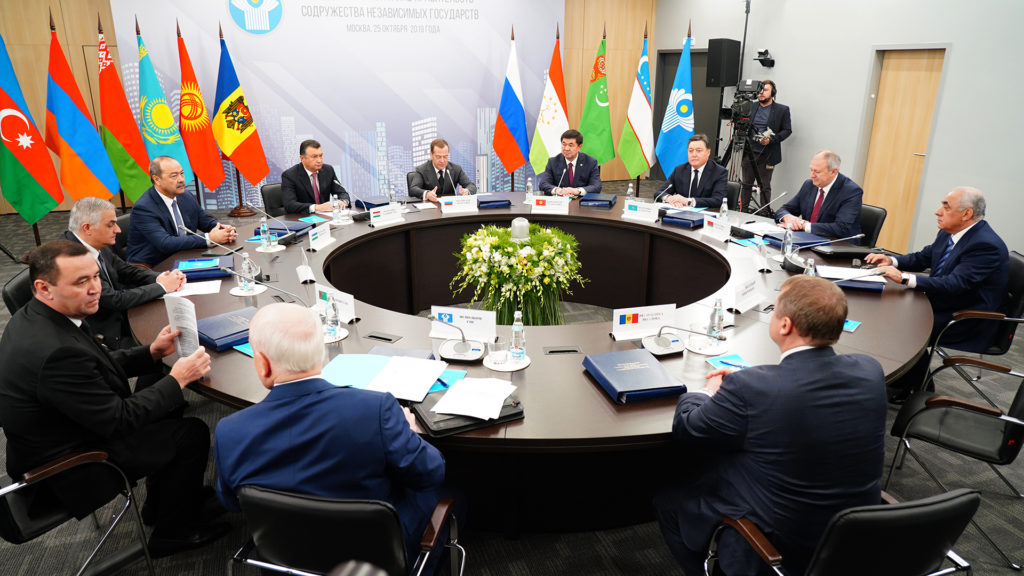 The CIS chairmanship shifted from Turkmenistan to Uzbekistan. The next council of heads of government session will take place in May 2020 in Tashkent.

At the EIC session, the PM said a comprehensive elimination of administrative barriers on the Eurasian Economic Union (EEU) inner market is a priority in the development of reciprocal trade.

“The current barrier elimination procedure, which the business faces, does not provide transparency and effectiveness of decisions made. In this regard, we put together and sent to the Eurasian Economic Commission corrections to the procedure, which will allow regulating the process of decision-making and reducing the time to consider applications,” said Mamin.

The prime minister stressed the need for joint work on accessing other nations’ markets.

“I propose to entrust Eurasian Economic Commission with conducting an analysis of our agricultural products on foreign markets, determining the list of competitive products and proposing measures on the increase of the export,” said Mamin.

He suggested designing and implementing a systematic plan on abolishing mobile roaming charges inside the EAEU.

“Every EAEU citizen should feel the practical benefits of economic integration. From technological perspective, there is no difference in service provision to ‘ours’ and ‘guests.’ The problem is in the difference in legislation and inter-operator rates. The European Union had been moving toward roaming abolition for ten years, and, as a result, reached it in 2017,” said the prime minister.

Mamin proposed creating competitive conditions on markets of vital drugs and defining a line of drugs for which mutual recognition would be possible without additional verification procedures taking into account international regulations.

The EIC meeting concluded with the signing of agreements for a free trade zone with Serbia, measures to unify selection and breeding processes with farm animals and on precious metals and stones operations features.

The prime minister also met with Russian Prime Minister Dmitry Medvedev to discuss building up trade and economic cooperation and collaboration in transport and industry.