NUR-SULTAN – The Kazakh National Bank announced Oct. 17 the release of a new 200 tenge coin in 2020 to increase the life span of lower denominations, reported tengrinews.kz. 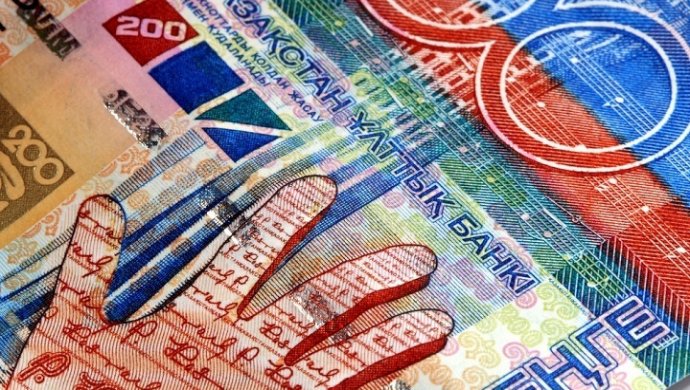 “Lower denomination banknotes wear out in one or one and a half years. To compare, banknotes of higher denominations serve much longer. The life span of coins is 10-15 years,” said bank cash circulation department director Zhomart Kazhmuratov.

The bank releases new coins to improve the quality of currency in circulation as a matter of aesthetic perception, sanitary safety and banknote protection. The 200 tenge is expected to represent 26 percent of all coins in circulation.

“Two hundred tenge banknotes stay as legal means of payment. They are still eligible for any kind of transaction and any store or café must accept them. We will withdraw them from circulation as they naturally wear down,” he added.

The announcement was an update from one made by the then bank Chairperson Daniyar Akishev at a Feb. 22 press conference, when he said the bank saw no need to introduce changes to banknotes or coins.

“Coins with a face value of 200 tenge will be issued in circulation beginning in 2020. The appearance of other coins is not expected,” said cash management department engineer Nurbolat Adilkarimov. “Citizens should not believe everything on the Internet. It is better to check information from official sources, for example, on the website of the National Bank.”

The National Bank noted photos depicted on coins are collectables from different years, adding the design of the 200 tenge coin will be introduced at a later date.

Kazakhstan created the tenge as its currency in November 1993, almost two years after declaring independence. The first 200 tenge bill was a yellow and red banknote with Eastern thinker Al-Farabi’s face on the front and the Khoja Ahmed Yassawi mausoleum on the back. In 2006, the bank released the current design with the Baiterek monument, a hand, hymn notes and many more small details.

In April, Kazakhstan began releasing all coins in the new Kazakh Latin alphabet. The language on the 200 tenge coin has not yet been announced.