NUR-SULTAN – Kazakh figure skaters Maxine Weatherby and Temirlan Yerzhanov took the bronze at the Denis Ten Memorial Challenge, scoring enough points to participate in next year’s Four Continents and World figure skating championships, reported zakon.kz Oct 14. Their medal was the only one for the country at the event, which closed Oct 12in Almaty. 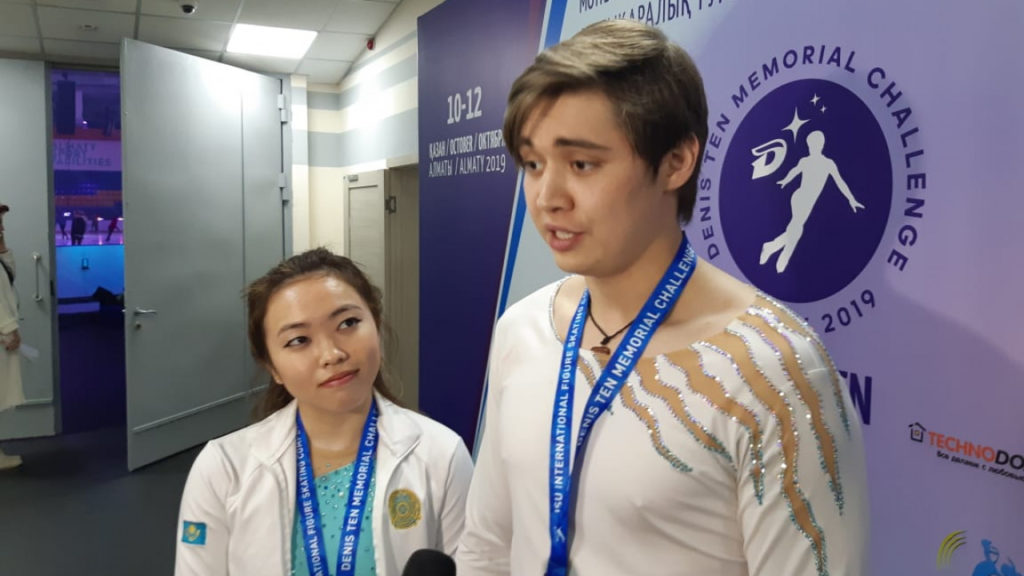 Weatherby and Yerzhanov participated in the Senior Ice Dance category, where they were required to perform a rhythm dance and free dance. They scored 60.49 in the former, a record for the pair, and 95.69 in the latter, totalling 156.17. First place went to Germany’s Katharina Muller and Tim Frederik Dieck with 173.07 and second to Adelina Galyavieva and Louis Thauron of France with 165.64.

The scores will allow the Kazakh pair to compete in the two events. To participate, pairs need to score more than 33 points in rhythm dance and 47 points in free dance at an official international tournament in the current season.

“I dreamed of performing in Kazakhstan. Even the walls help when you’re at home. I felt much calmer and so did my partner. We were a little nervous in training. We are happy with our performance. I hope we deserved the points we were given,” said Yerzhanov. 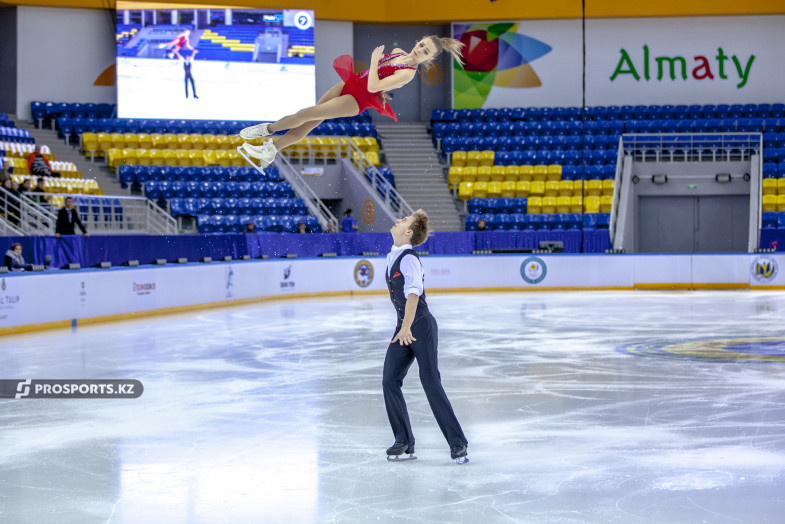 The medal is their first. The pair previously participated in this year’s Bavarian Open and Lake Placid Ice Dance International, where they finished eighth and 12th, respectively.

“The first two starts for Temirlan and Maxine were catastrophic, they skated very badly. That is why I set the goal for them for Almaty: no matter what, with blood, sweat and tears they have to perform both programmes clean. I had a plan to get enough points to qualify for the Four Continents Figure Skating Championship and World Championship 2020, because there is no saying how many pairs will be on the other tournaments. The guys understood the importance of the Almaty tournament and performed well. There were mistakes, but we scored more than we thought and I think big results are soon to be seen,” said their coach Evgeniy Platov, a two-time Olympic, four-time World and three-time European champion.

Weatherby and Yerzhanov have trained together for 14 months, for while working with Platov, he had been unable to find a suitable partner for two and a-half years. Weatherby previously skated singles.

“Temirlan inspired me to dance on ice; now, I understand that dancing on ice is a wonderful discipline. I am honoured to represent Kazakhstan,” she said.

The pair will now prepare for the Four Continents Figure Skating Championship, to be held in South Korea in January-February, and World Championship 2020 in Canada in March.