By Aidana Yergaliyeva in Business on 14 October 2019 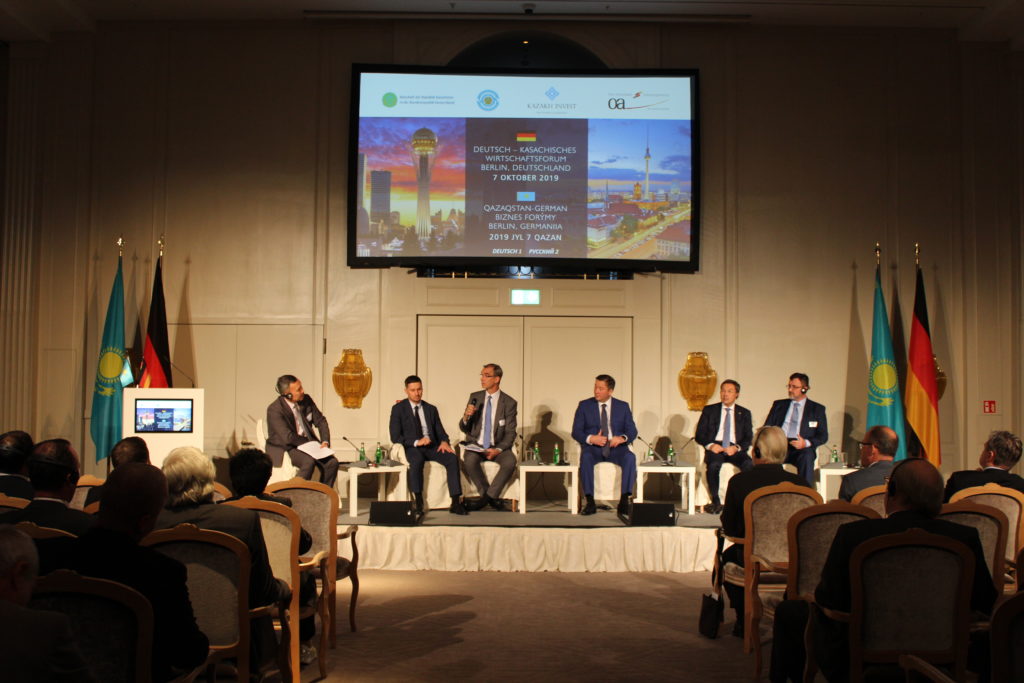 More than 200 business representatives of both countries participated in the forum. Kazakhstan’s cooperation prospects include companies such as CLAAS Group, Linde Gas, Masterrind and SMS Group.

“[The investment projects should help Kazakhstan] to move away from the raw material vector of economic development,” said Sklyar. “The foundation of the new policy is the creation of an industrial, innovative and green economy base… Particularly relevant is the development of new industries which will be created using digital technologies, as well as the introduction of Industry 4.0 elements.” 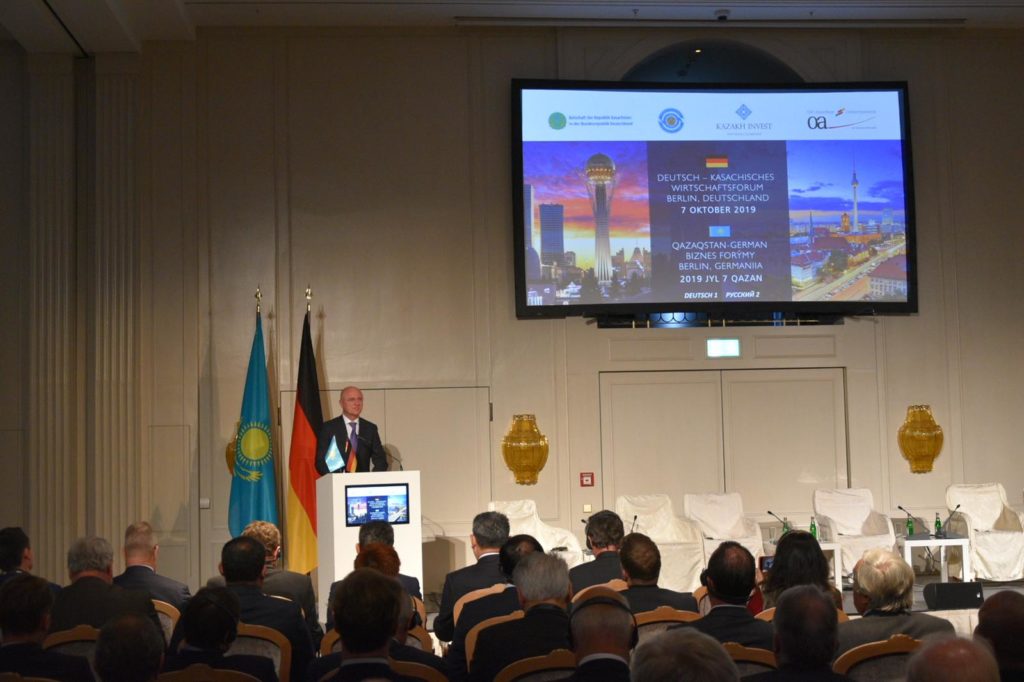 The parties plan to sign the project documents in December during President Kassym-Jomart Tokayev’s visit to Germany.

German Economy Eastern Committee board member and Knauf general partner Manfred Grundke noted he was pleased to see German-Kazakh economic relations grow, as “today, Kazakhstan has new opportunities and the potential for profitable business. Growth forecasts for Kazakhstan are impressive.”

The European Bank for Reconstruction and Development (EBRD) forecasts Kazakhstan’s GDP can grow 3.5 percent in 2019.

“Forecasts for 2020 also indicate that Kazakhstan is the growth engine in the Eurasian Economic Union,” he said.

The forum has become “an effective platform for representatives of political, economic and expert interests of Kazakhstan and Germany,” said Kazakh Invest independent director Ulf Vokurka.

“Kazakhstan is consistently making reforms aimed at improving the investment climate. An open dialogue with businesspeople is ensured and the infrastructure to attract investments is improved. I am sure that in the near future the results of the negotiations held on the sidelines of the forum will lead to the start-up of production facilities and the creation of new joint ventures,” he added.

The forum was organised with the support of the Kazakh Ministry of Foreign Affairs and Kazakh Invest and assistance of the German Economy Eastern Committee and German Federal Ministry of Economics and Energy. 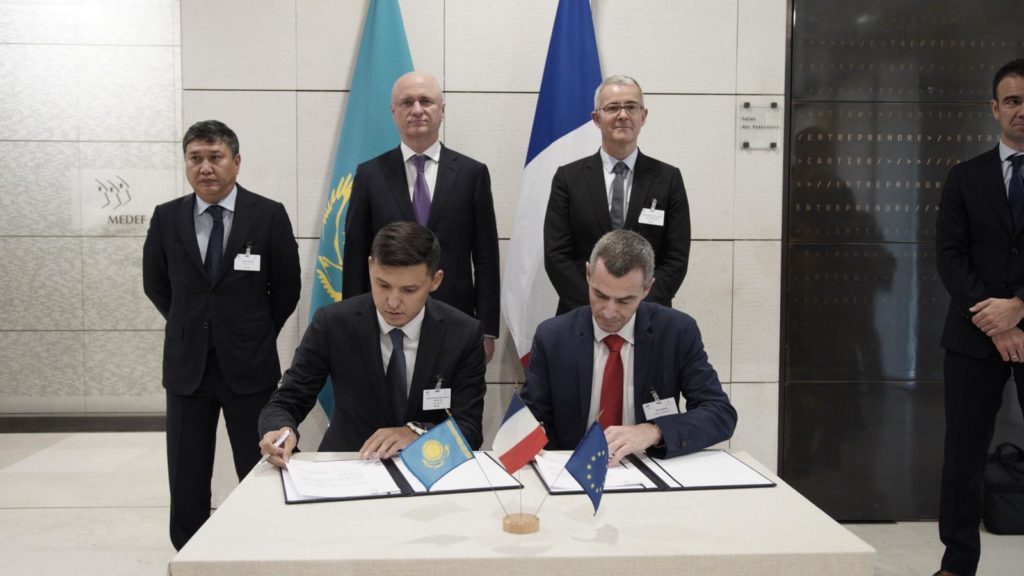 The agreement provides for constructing a plant producing compressed air and nitrogen and ensuring their long-term supply to meet the needs of the gas chemical complex being built in the Atyrau Region.

The agreement represents “the unprecedented level of mutual trust, commitment and strategic partnership that have been achieved over 27 years of cooperation between the countries,” said Sklyar in his opening speech at the Oct. 8 event.

Sklyar called on French business circles to cooperate in priority areas such as digitisation, agriculture, agroindustry and alternative energy. 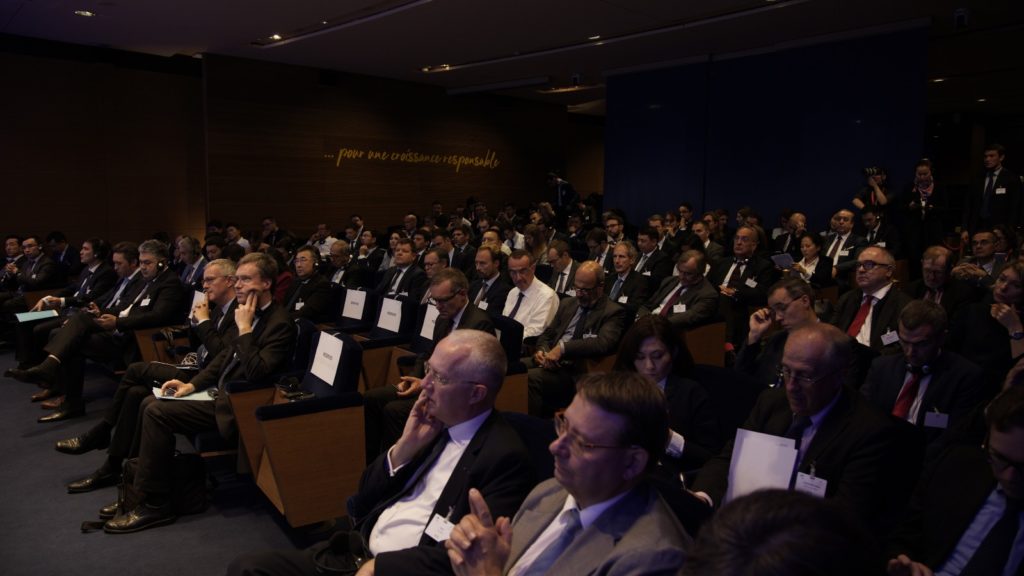 “Kazakhstan, located in the heart of the Great Silk Road, is France’s key economic partner in Central Asia and an important link between Europe and Asia,” said Pascal Lorot, France’s special representative for economic diplomacy in Central Asia.

The forum was organised by Kazakh Invest and the MEDEF Entrepreneurs Association with the support of the Kazakh Embassy in France.

France and Germany are among Kazakhstan’s key trade and investment partners. To date, more than 130 companies with French capital and in excess of 900 companies partially owned by Germany operate in the country.

Since 2008, French investments to Kazakhstan have exceeded $15.3 billion and mutual trade turnover has reached $50 billion overall. German companies have invested approximately $5 billion since 2006.