NUR-SULTAN – The capital akimat (administration) will be purchasing 100 new electric buses from the joint venture between Chinese Yutong and Kostanai-based SaryarkaAvtoProm. The buses will save money due to low electricity consumption costs and reduced air pollution. 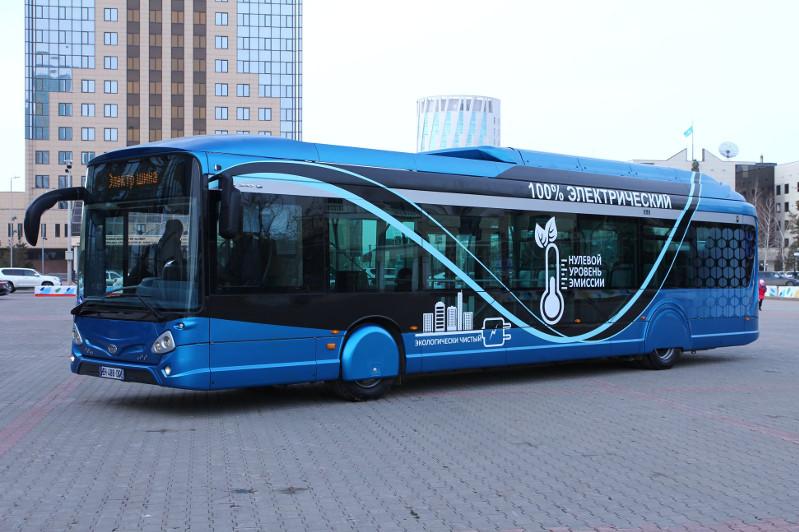 “One hundred new electric buses will appear in our capital. This means that we will reduce the bus deficit and renew the bus fleet with new comfortable silent buses. The interval of bus arrival will be significantly reduced, which means that the waiting time at stopping points will also be reduced,” said Astana LRT Chairperson Bekmyrza Igenberdinov.

The buses will be purchased through DBK Leasing as part of the state programme to upgrade the fleet with domestically produced equipment. The seven-year lease has an interest rate of 7 percent per year, reported Kazinform.

“This is the lowest rate for leasing transactions in Kazakhstan. Leasing financing will be made in tenge, which guarantees stability in modern realities,” he added.

Implementing the project will increase cash revenues to the local budget through tax payments and create additional jobs both in bus production and operation. The vehicles’ environmental friendliness, as well as their economic operation, are particularly important, as this will allow the fleets to save about 80 percent on fuel compared to diesel buses.

Yutong is equipping the electric buses with high-capacity lithium batteries, which increase their range without recharging. The design requires charging only once a day – at night – and the approach will significantly reduce investment in infrastructure.

In February, the city fleet completed its first test of a domestically made electric bus. The trial was conducted at the lowest possible winter temperatures (up to -38 degrees Celsius) and electricity consumption was 0.91 kilowatts per kilometre.

SaryarkaAvtoProm together with the Atyrau bus fleet conducted tests in the climatic conditions of the West Kazakhstan Region, as well as trying the batteries over long distances along the Nur-Sultan-Kostanai-Nur-Sultan route. According to the results, the buses showed positive results. All necessary conditions for operation on the city routes of the capital were taken into account as part of the test.

Another important factor for selecting a supplier was considering a domestic producer. SaryarkaAvtoProm met all the necessary requirements with its Yutong ZK6128BEVG electric bus costing 146.7 million tenge (US$378,000). The localisation level to produce the vehicles is approximately 27-32 percent and the plant will manufacture motor and interior parts.