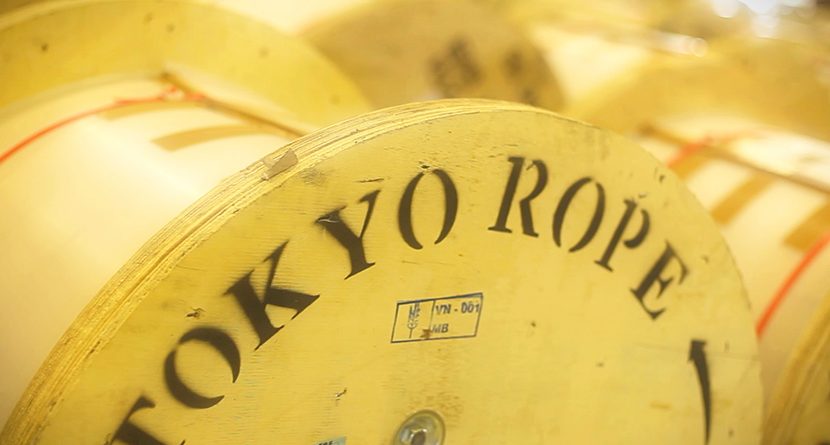 At the opening ceremony, Tokyo Rope President Sato Kazunori emphasised the importance of cooperation between the Japanese investor and Kazakhstan. The company implemented its first project in Almaty, then became interested in projects in Atyrau, reported the region communications service.

“We analysed the economic potential of the Atyrau region. This is a developing region. We are interested in attracting our high technologies and implementing several projects. The first of them is shore protection. The second project is a medical centre for cancer patients. Everyone knows that high-tech medicine is well developed in our country,” he said.

“A company with a century of history is known worldwide for its advanced technologies. I would like to recall that the First President of Kazakhstan Nursultan Nazarbayev met with the heads of Tokyo Rope during his visit to Japan and invited Japanese business to come to our country. The company successfully implemented its project in Almaty; today, a representative office is opening in Atyrau. In the near future, we jointly plan to implement projects that are significant for the region. This is shore protection work and the opening of a medical centre while there is also interest in the engineering sector,” he said.

Nogayev highlighted the importance of strengthening work to attract investments, noting funding increases the economic potential of the region and the country as a whole.

“At the moment, design estimates have been developed and are under examination. It is expected that before the end of this year, an agreement on the implementation of the project as part of a public-private partnership will be signed. In 2020, land works will start immediately on the shore protection of the Ural in the Makhambet district. We hope that these initiatives will become an impetus for the implementation of other projects,” he added.

Approximately 4.5 kilometres of the shoreline will be protected. Tokyo Rope has experience with similar jobs. Earlier this year, the company reconstructed a two-kilometre stretch of the Esentai River embankment in Almaty using heavy gabions for channel protection.

Founded in 1887, Tokyo Rope is a global manufacturer of high-tech steel ropes, cable-stayed cables for bridges, steel cord for tires and various types of wire. The company has factories in China, Japan, Russia, the United States and Vietnam.