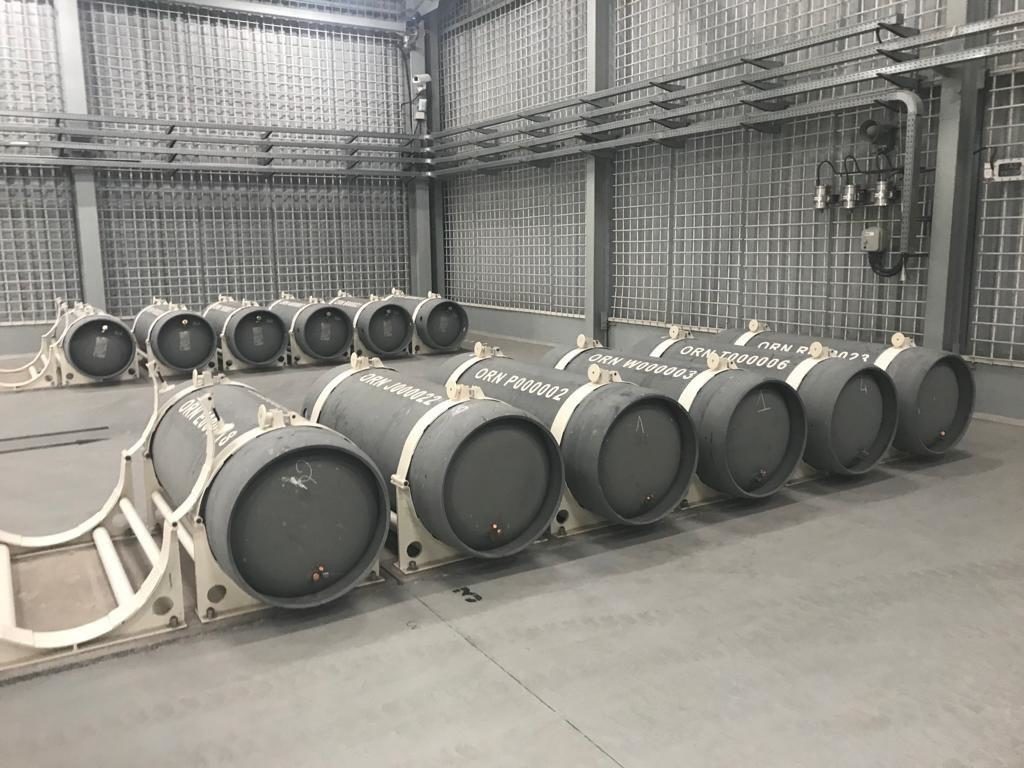 The LEU Bank is meant to be a supply source of last resort for IAEA member states who have had a disruption in their access to fuel.

“With the arrival of the first shipment, the IAEA LEU Bank is now established and operational,” IAEA Acting Director General Cornel Feruta said, according to an IAEA press release. “It is the first time the agency has undertaken a project of this legal, operational and logistical complexity.”

Owned by the IAEA and hosted by Kazakhstan, the IAEA LEU Bank is one of the agency’s most ambitious and challenging projects since it was founded in 1957.

“The international project to established the IAEA LEU Bank in Kazakhstan has been successfully realised at the initiative of the First President of Kazakhstan, Nursultan Nazarbayev,” the Ministry of Foreign Affairs of the country said in its Oct. 17 press release. 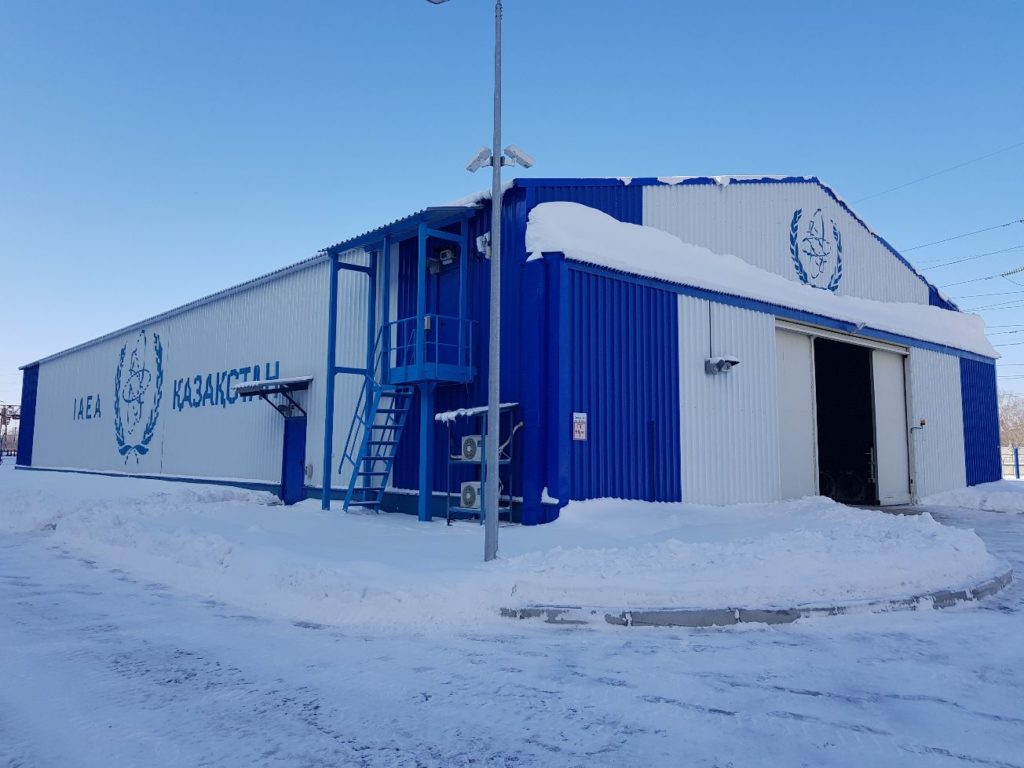 “Because of the long journey, it took more than four weeks to transport the LEU to the site. It required coordination among many partners involved in the project. We have gained valuable experience, as well as confidence, that we can use this transport route in case a country requests supply of LEU,” the IAEA’s Acting Project Executive for the LEU Bank Marta Ferrari said, according to the IAEA press release.

Acquiring 90 tonnes of LEU from two vendors is the IAEA’s largest single procurement in its history.

The project implementation required many efforts, such as negotiating a legal framework with Kazakhstan and its operator – Ulba Metallurgical Plant (UMP), which is situated in the East Kazakhstan Region, – designing and building the storage facility to IAEA safety and security standards. Also, the agency reached transit agreements for the transportation of the LEU to and from the site with China and Russia. The agency also concluded transport contracts with Kazakh and Russian railroad companies. 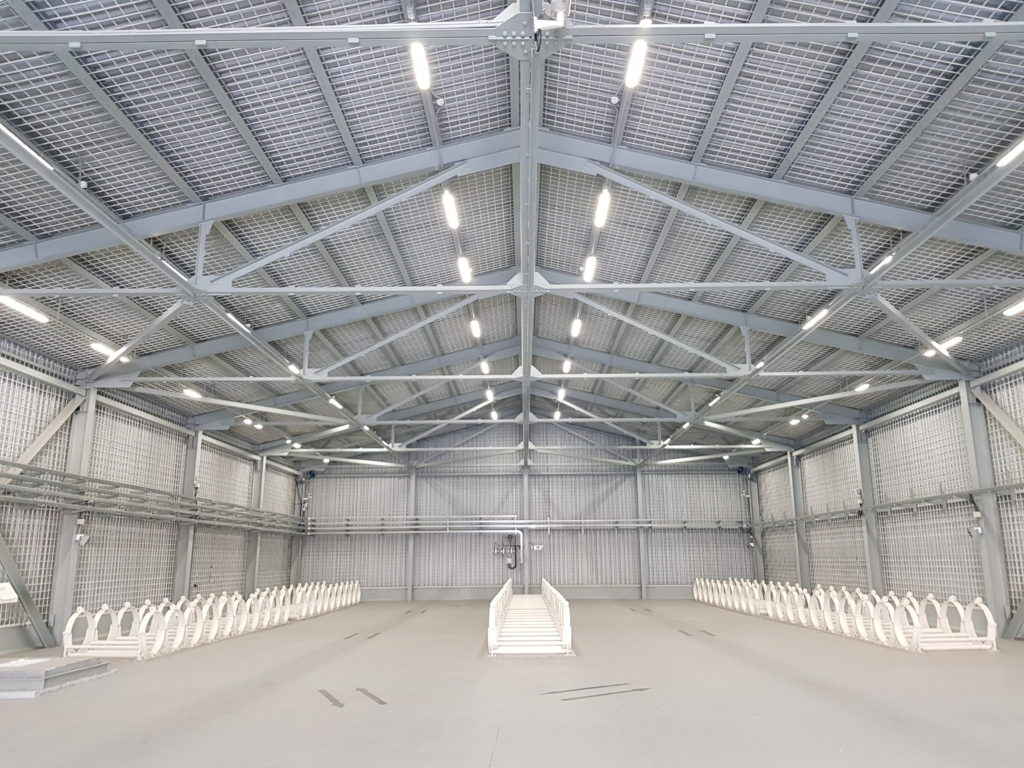 The first LEU shipment, from France’s Orano Cycle, was transported by truck to a French port, by ship to Russia, and by train to Kazakhstan. The LEU was checked by IAEA experts on the ground when it arrived at the facility. The IAEA expects to receive a second LEU shipment from Kazakhstan’s Kazatomprom by the end of the year.

“The LEU reserve is not a radioactive waste, does not represent a threat to the people or the environment and is meant to be used in case IAEA member states face the disruption of traditional supplies of fuel for political motives,” the Kazakh MFA explained in its release, adding that thanks to the investment from both Kazakhstan and the IAEA, “the necessary infrastructure has been established for the safe storage of the material at the Ulba Metallurgical Plant”, which has many decades of experience working in this area. 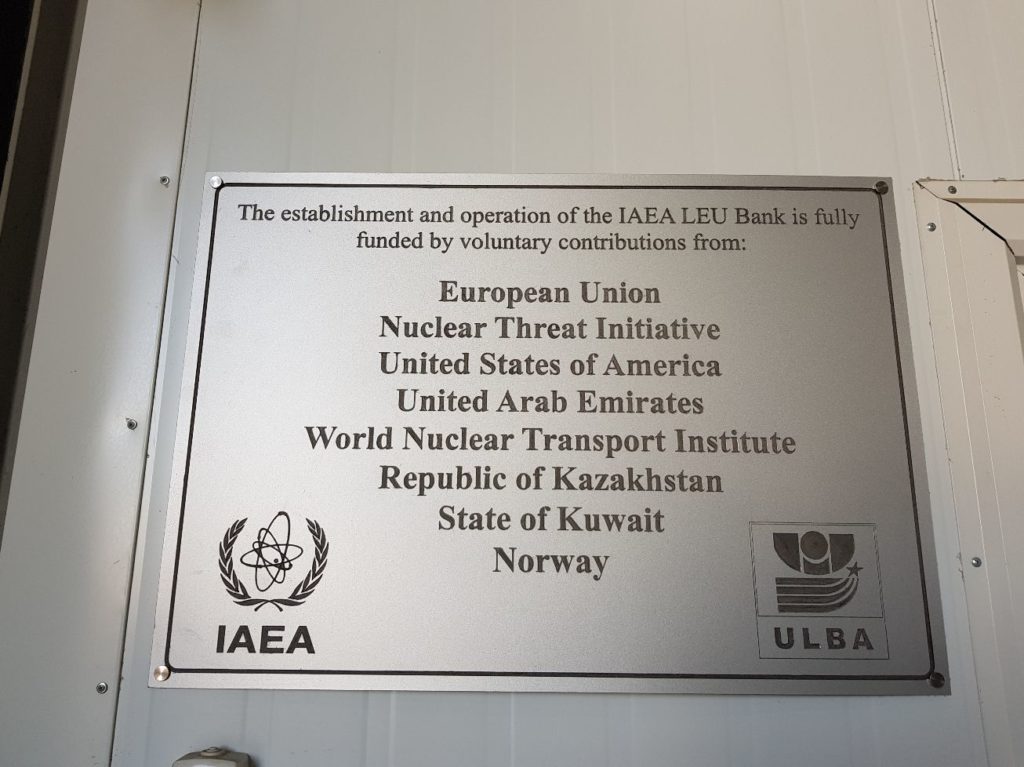 The LEU Bank is fully funded by voluntary contributions from IAEA Member States and other donors. In total, donors have provided $150 million which is enough to cover costs for 20 years of operations. Donors include the Nuclear Threat Initiative (NTI), a Washington-based NGO whose co-chairman, Sam Nunn, first proposed the idea back in 2006 backed by the financial support from Warren Buffet, as well as the United States, the European Union, the United Arab Emirates, Kuwait, Norway and Kazakhstan. The latter contributed by hosting the bank.

“I thank the donors for their generous contributions that made this project possible and Kazakhstan, China and Russia for their valuable cooperation,” Feruta said.

In August 2017, IAEA Director General Yukiya Amano and Kazakhstan’s First President, Nursultan Nazarbayev, inaugurated the IAEA LEU Storage Facility at UMP, following an August 2015 agreement between the country and the agency to establish the facility.

In 2010, the IAEA decided to establish the LEU Bank “as an assurance of supply mechanism of last resort for member states that experience a supply disruption due to exceptional circumstances and are unable to secure nuclear power fuel from the commercial market, State-to-State arrangements or by any other means. It will be a physical reserve of 90 metric tonnes of LEU, the basic ingredient to fabricate fuel for nuclear power plants,” according to the release.

There are approximately 450 nuclear power reactors in operation around the world and 52 more are under construction. The current reactors supply approximately 10 percent of the world’s electricity and one-third of all low-carbon electricity, according to the IAEA.