By Nazira Kozhanova in Nation on 14 October 2019 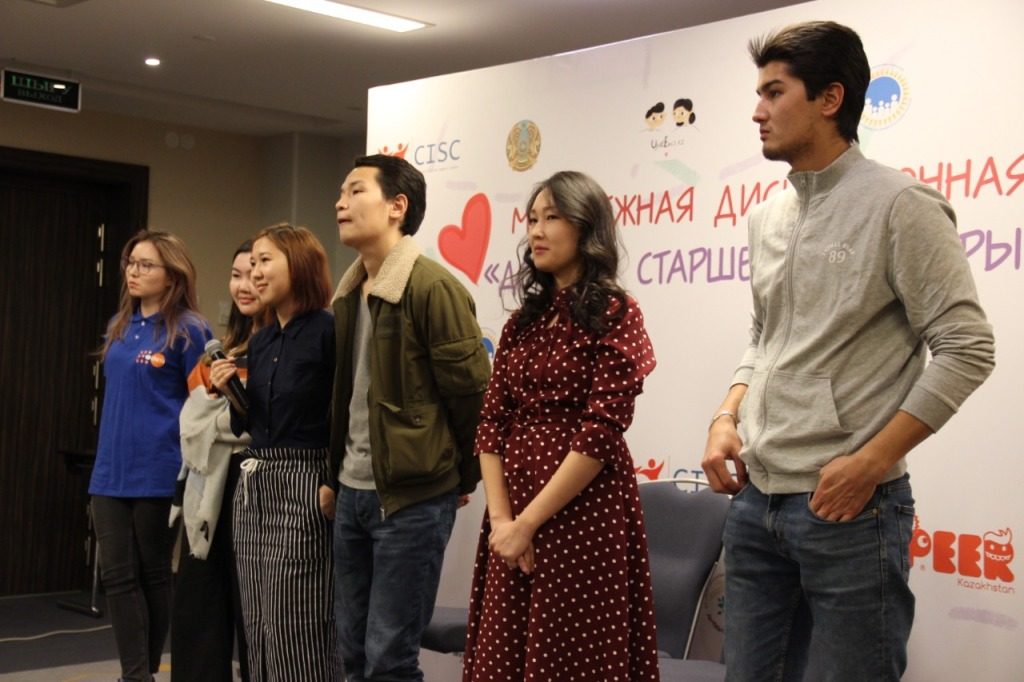 “We held an important event where we gave our young people votes – people who see the problems of modern society and themselves offer solutions. Sexual education and gender education contribute to the formation of non-discriminatory values ​​among young people, teach them critical thinking and informed decision-making. Therefore, it is important to introduce these areas of knowledge in all schools of Kazakhstan,” said UyatEmes.kz sex education website Founder and Researcher Karlygash Kabatova, according to liter.kz.

The event featured the Deputy Head of the Centre for Strengthening Public Health of the National Centre of Public Healthcare Kamila Tuyakbayeva, Head of the ZhastyqTalk Public Foundation Balnur Sugіrgaliyeva, Thomson Reuters Foundation Consultant Dina Shaikhislam and other speakers.

“In Kazakhstan, thousands of teenage pregnancies, abandoned new-borns on the streets, and cases of sexual and physical violence directed against children and women are recorded every year. In such an environment, young girls and boys need to be able to protect themselves physically and emotionally. They need sexual and gender education in order to have safe sex life, make informed decisions and overcome stereotypes that do not allow someone to say the word ‘no’ and make someone deaf to the word,” said the organisers on the event aims, according to the National Centre of Public Healthcare press service.

The speakers emphasised the urgency of having the conversation on these topics in Kazakhstan.

“In Kazakhstan, one third of adolescents had a sexual experience since they were 14 years old, so it’s very important to talk to them about puberty and their sexual and unproductive health. This is the key to preventing so many problems in adulthood,” said Tuyakbayeva.

At the end of the event, actors and volunteers of the Y-PEER international network staged a theatrical production, based on real life, which aimed to show the audience how any decision could change their life.

The event was organised by the National Centre of Public Healthcare, an NGO titled the League of Women of Creative Initiative, the Uyatemes.kz project, the Y-PEER Kazakhstan movement with the support of the National Commission for Women and Family and Demographic Policy, the Ministry of Information and Social Development and the Centre for Civil Initiatives Support.