By Diana Vassilenko in Business on 2 October 2019 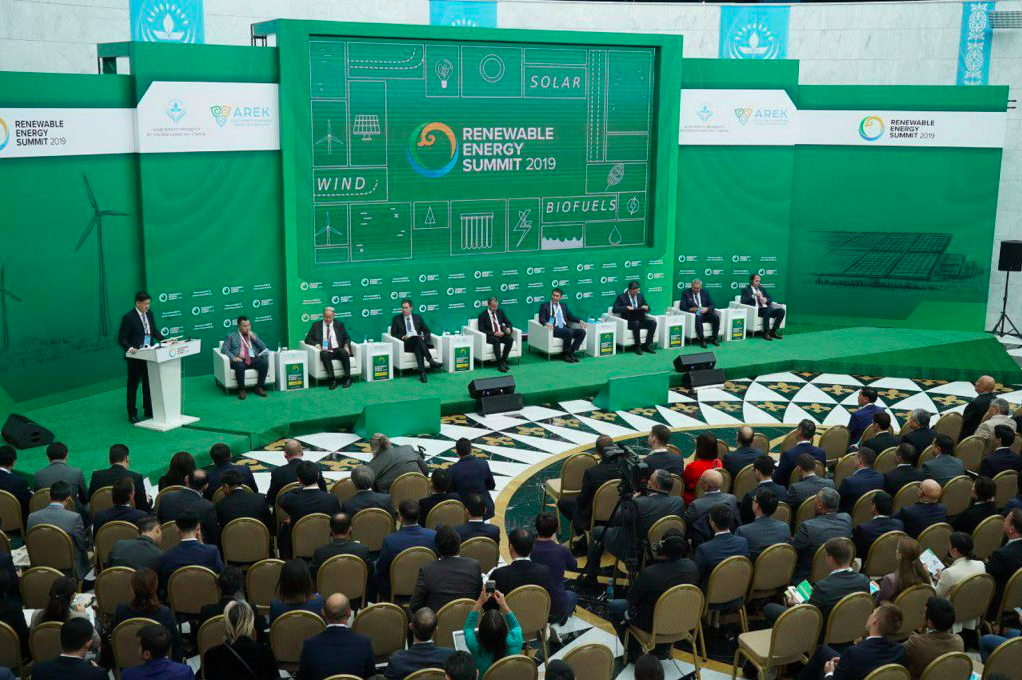 The purpose of the summit was to discuss the pros and cons of using renewable energy sources, as well as implementing the best ideas and most effective solutions designed to contribute to building a green future for Kazakhstan and the entire world.

“We see that solar and wind energy as an alternative is developing primarily in developed countries. For example, in Germany, renewable energy sources make up 32 percent of the total. Kazakhstan has enormous potential in this area,” said Issekeshev.

He noted green economy is one of the country’s key economic growth directions.

“Most people think that ‘green economy’ is solar and wind power, but it’s more than that. Green economy is a different stage of development and a different way of life. It includes ecological transport; correct and economical usage of water, heat and electricity; the introduction of new construction approaches; the correct attitude to the collection and disposal of garbage; new approaches to the formation of a green atmosphere in cities, such as parks and squares, and green agriculture. All of this has a huge effect on nature and on preserving both the physical and financial resources not only of the country and city, but also of every person,” he added.

Issekeshev emphasised the importance of developing energy-saving standards and creating a “green culture and green thinking mentality,” which includes respect for nature and saving resources.

“For the successful implementation of the principles of green economy, there is a need to institutionalise our legislation and train specialists. It is very important to create groups of highly effective specialists who are able to develop new standards and ensure the transformation of industries in terms of introducing new technologies,” he said.

To date, Kazakhstan has 81 renewable energy sources with a capacity of more than 900 megawatts, representing 1.3 percent of the nation’s energy balance.

Vice Minister of Energy Murat Zhurebekov noted the country has developed an objective for the transition to green economy, where the main plan is to increase the share of renewable energy in total electricity production to 3 percent by 2021, 10 percent by 2030 and at least half of total energy consumption by 2050.

Kazakh Association of Renewable Energy General Director Arman Kashkinbekov talked about which steps have been and will be taken to move closer to that goal.

“Very large solar stations of 100 megawatts are operating in Zhualynsky District of the Zhambyl Region and in Kapchagai, Almaty Region. Even in the city of Saran, Karaganda Region, the Germans built a solar station,” he said. “Currently, the largest wind station with a capacity of 44 megawatts is located in Ereymentau, a town in the Akmola Region.”

He noted solar stations need to be installed throughout the country.

The summit was organised by the Kazakh Association of Renewable Energy, a non-profit organisation uniting companies interested in green economy development, and the Foundation of the First President of Kazakhstan. The event was held as part of the Kazakhstan Energy Week 2019 project implemented by the KazEnergy Association with government support.