NUR-SULTAN – Kazakh singer Daneliya Tuleshova has been named one of the nation’s United Nations Educational, Scientific and Cultural Organisation (UNESCO) Club ambassadors. She received a badge and certificate to verify her status during the Kazakhstan National Federation of UNESCO Clubs reporting conference, noted inform.kz Oct. 9. 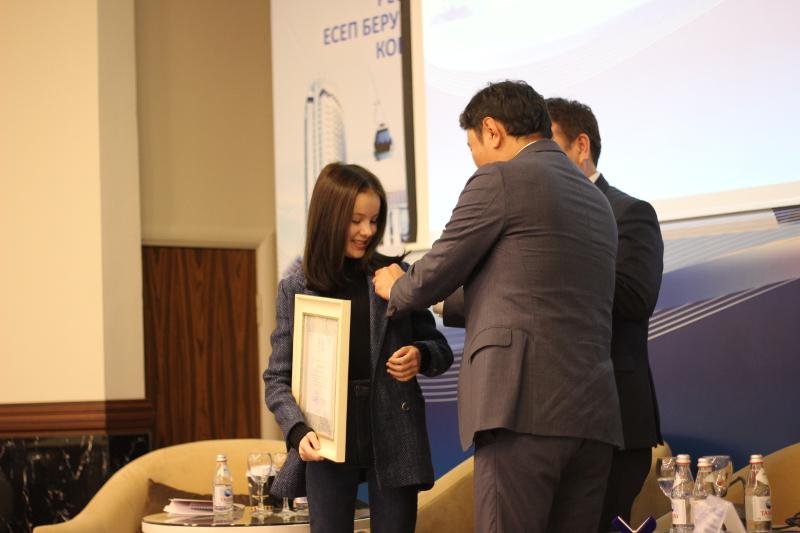 “I was surprised when I found out about the intention to propose my candidacy for UNESCO Clubs. I understand how important that is and I am very honoured and interested. I share the ideals of the organisation and from the bottom of my heart wish for the world to be more understanding and good,” she said.

To become a Kazakh UNESCO Club ambassador, one must be a prominent public figure who engages in social and public activities and whose opinion is important to others. Tuleshova won the fourth season of The Voice Kids in Ukraine, was a finalist and the audience award winner of New Wave Junior 2015 in Crimea and a Kazakh representative on Junior Eurovision Song Contest 2018, where she took sixth place.

The ambassador’s mission is to spread UNESCO ideals, augment public awareness of the UNESCO Club of Kazakhstan’s purposes and goals and popularise its movement.

UNESCO Clubs started in Japan in 1947, subsequently spreading to more than 100 nations. The clubs are combined into national, regional and global federations, with the Kazakh Federation founded in April 2009. More than 550 projects and youth programmes involving 55,000 participants from 35 countries have been organised in cooperation with UNESCO Clubs. Kazakhstan has 136 clubs in all regions with more than 9,000 active members.

Among its activities, the Kazakh federation organised The Planet of ART – 2019, an international festival-contest aimed at teenagers from Kazakhstan, Kyrgyzstan, Russia, Tajikistan, Turkmenistan and Uzbekistan. Tuleshova was involved in coordinating and participating in the event, which served to support and create better conditions for gifted children from remote regions and rural areas.

“I believe in the power of art and I hope that as a holder of such high status, I will be able to attract the attention of children like me and interest them in participating in programmes of cultural and artistic education,” she said.

For the next two years, Tuleshova will be the official representative of the Kazakhstan National Federation of UNESCO Clubs. The organisation currently is determining the projects and events where she will participate.