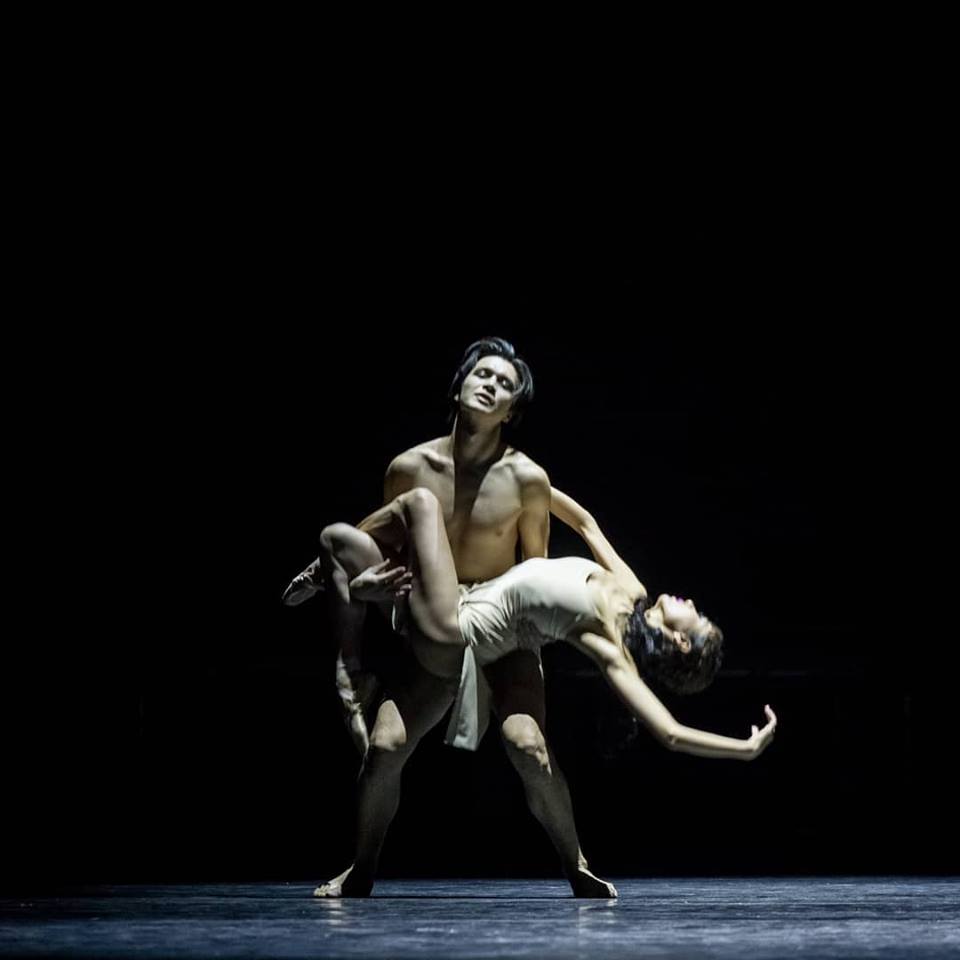 Oscar Wilde’s unexpected and shocking interpretation of the famous biblical story inspired Avakhri to create the play, which was first staged in February 2018. The ballet uses a graphic plastic style with elements of Orientalism and a variety of performance techniques, including dance on pointe shoes and barefoot.

The plot recounts the tale of Salome, a stepdaughter of Herod Antipas, tetrarch of Galilee and Perea. Herod married Herodias, the former wife of his half-brother Herod II, and John the Baptist was imprisoned for criticising the marriage. For his birthday, Herod asked his niece and stepdaughter to dance for his guests and offered her a reward of her choice should she agree. Persuaded by her mother, Salome asked for the head of John the Baptist on a silver platter.

Avakhri presents her play as a constant fight of light and darkness, but allows the audience to determine for themselves who was victorious. It culminates with the Dance of Seven Veils, which Salome performed for Herod and has been popularised by scores of artists, sculptors and composers.

“Salome” astounded the audience and press in London when it was performed there as part of the theatre’s tour.

“It is a pièce de résistance, a stunning work, stunningly performed that could grace any international stage with ease. It’s all accompanied by a terrific original score by Turkish composer Fazil Say, which draws from across the eastern world, its persistent phrases pulling to the inevitable conclusion,” noted British ballet website SeeingDance.com.

“In the Middle, Somewhat Elevated,” the second and the most popular act of the four-act play “Impressing the Czar,” is presented as the second part of the evening. Created in 1987 for the Paris Opera featuring ballet stars such as Isabelle Guérin, Sylvie Guillem, Laurent Hilaire and Manuel Legris, the choreography is an endless flow of movements that seem to be made for mechanical muscles rather than a regular human body.

Forsythe’s is one of the geniuses of modern choreography who revolutionised ballet and his staging makes spectators question the existence of gravity. Astana Ballet is the first in Central Asia to stage a play in accordance with his standards of style and technique.