By Aidana Yergaliyeva in Tourism on 30 October 2019

NUR-SULTAN – Akmeshit Cave, an unusual spot with captivating views accompanied by legends, is perfect for a pilgrim’s journey. The cave is located 90 kilometres north of Shymkent and can be accessed year-round. 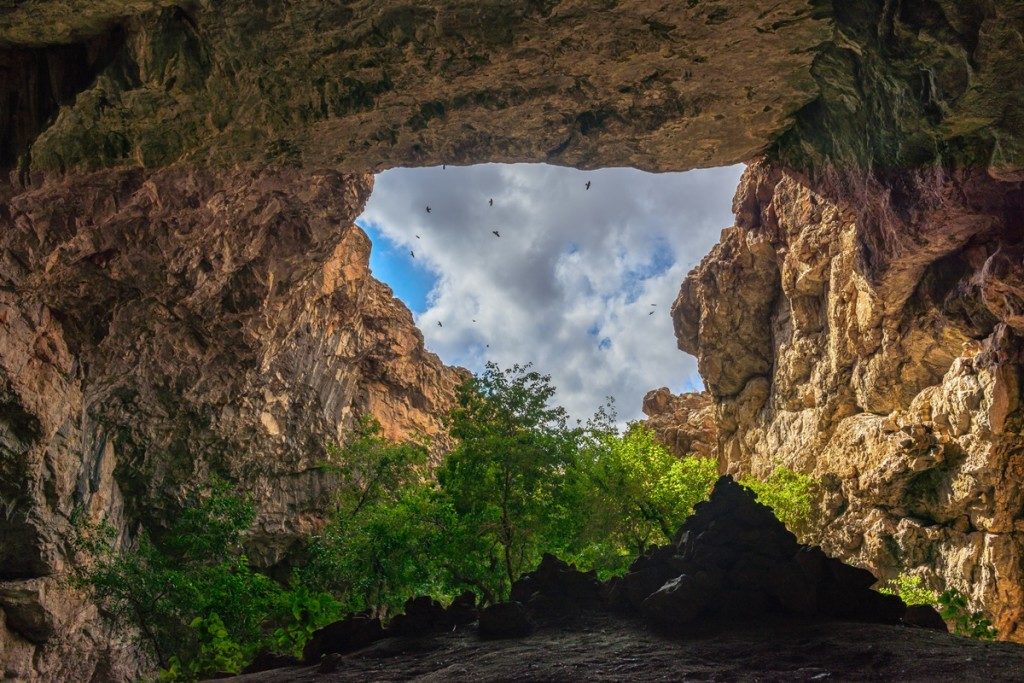 The outer entrance opened in the early 20th century when part of the dome collapsed. The stories and legends surrounding it, however, existed much earlier. Many generations of locals told the story of Akmeshit – an unusual cave or underground mosque without external exits that could only be accessed through underground tunnels from nearby neighbourhoods. The tunnels were eventually sealed under rocks and for a long time the cave was merely a legend.

Akmeshit is translated from Kazakh as white mosque. Locals believe it is a sacred place that can perform miracles in the lives of its visitors who pray or make a wish there. Many are women who are unable to bear a child or those hoping to be healed of illnesses.

While there is no accurate data on tourist numbers, local residents think the figure is increasing each year. Preliminary information from the environmental centre shows approximately 100,000 travellers visit annually, most of whom are Kazakh. There is also interest from residents of Kyrgyzstan, Russia and Uzbekistan.

Kazakh travel blogger Nurzhan Algashov, in an entry in his travelblog.kz, called the cave “one of the unique natural places” and included it in his personal top ten spots to visit in the country.

“You will be amazed by the size of this cave; in fact, it’s rather a grotto,” he wrote. 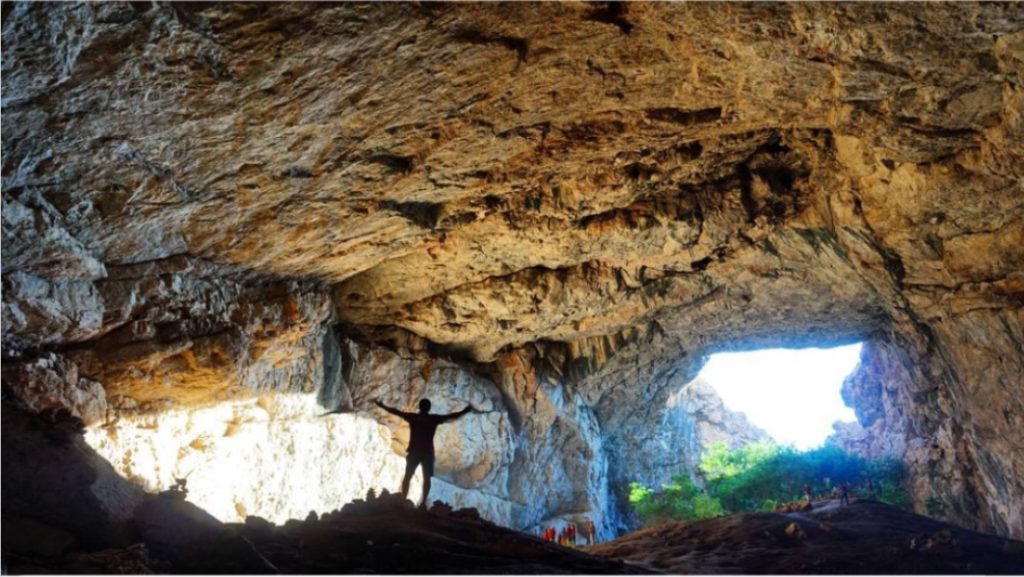 The cave is an oasis in the middle of the Kazakh steppes with no hint of life on the surface.

“If there are no trees outside and the heat is 35 degrees, then a mulberry grove grows in the cave and the temperature does not exceed 20 degrees. Drops of water are dripping from the dome, swallows are flying and there is such a peaceful atmosphere,” he said in an Instagram post after visiting the cave in late summer 2016.

South Kazakhstan’s climate is hot in summer and can be a little chilly in winter. The cave, however, maintains a year-round temperature of 18-20 degrees Celsius.

“Going down the equipped iron stairs, you find yourself in another world!” Algashov wrote.

Mulberry trees growing in the centre of the cave create a small forest. Sun enters only in the afternoon.

One of the first things visitors notice upon nearing the cave is people lined up to enter the seven-eight metre crevice and make a wish. Travellers may also make wishes by tying a piece of cloth on a tree or stacking rocks.

Shiraksha (caretaker) Askar Rustembekov, 79, is also among the attractions that makes the experience special, reported sputniknews.kz. The kind man has been welcoming visitors for two decades, telling them stories and legends of Kazakh batyrs (heroes) who hid in the cave during the Dzungar invasion and a dragon who lived there for years. 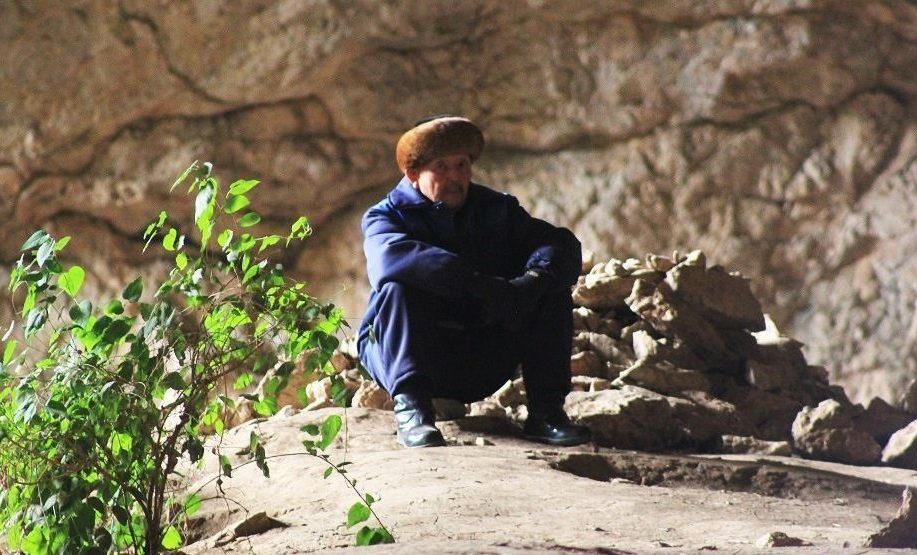 Entrance to the cave is free of charge and, before escorting guests, Rustembekov instructs them on safety measures and encourages wearing safety helmets at all times. Visitors immediately notice easier breathing and feel a special surge of strength as they near the cave.

“Someone has normalised pressure, someone is cured of diabetes. Many also note that they get a reboot of the body and get rid of negative energy,” he said.