By Nazira Kozhanova in Business on 7 October 2019 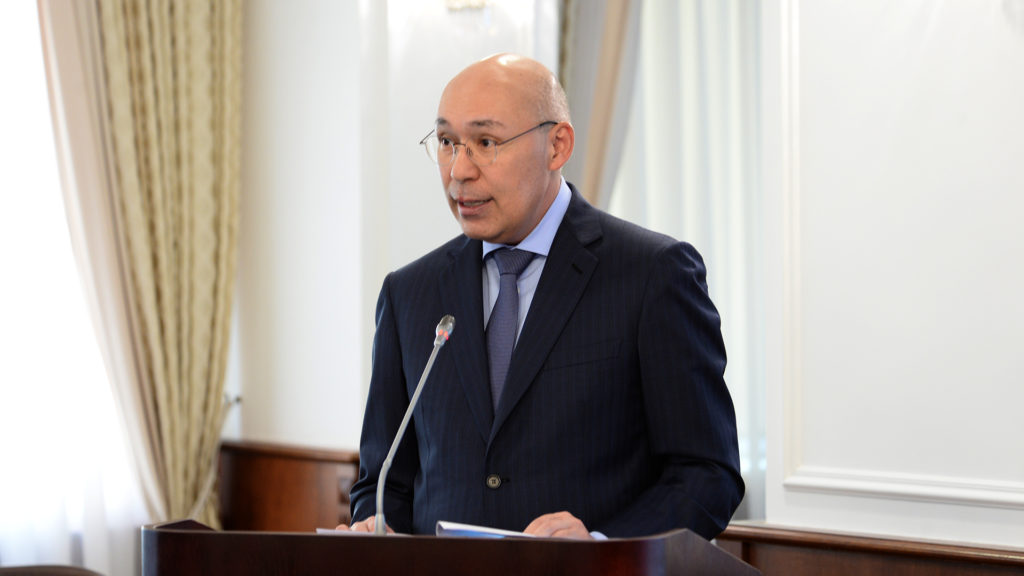 Among the key projects, the report listed the privatisation programme used by the government to reduce its share in the country’s economy to 15 percent. The first example was the Kazatomprom IPO.

“In November 2018, the successful placement of 15 percent of Kazatomprom shares owned by the Samruk Kazyna Sovereign Wealth Fund worth $451 million took place on the London Stock Exchange and the Astana International Exchange (AIX). Demand exceeded supply by 1.7 times. The number of shares/global depository receipts (GDRs) placed was 38.9 million, of which about 7.8 million were offered on the AIX. Kazakh investors acquired 47.5 percent of the total number of outstanding securities. A total of 49 foreign and 16 domestic legal entities, including the Unified Accumulation Pension Fund, as well as 2,700 citizens of the Republic of Kazakhstan, took part in the IPO,” said the report.

Another important project was Kazakhstan’s strategic partnership with China within the Belt and Road Initiative, where the AIFC plays a crucial role.

“In the short time since establishment, AIFC has managed to build a strong relationship with leading Chinese institutions, international development banks and major financiers of Belt and Road investments, such as the partnership with Shanghai Stock Exchange, Silk Road Fund, China Development Bank and China Construction Bank, to name a few,” it added.

Other key achievements include a project to further develop Kazakhstan’s market and e-residency and e-justice projects that allow AIFC services to be used remotely.

The number of enterprises working with the AIFC increased to 235 companies from 26 countries, including financial institutions such as the China Construction Bank, China Development Bank and CICC (Hong Kong) and Wood & Co (Czech Republic), the largest investment banks. By the end of 2020, the number is projected to increase to 500, said Kelimbetov.

The report noted the AIFC includes 156 registered companies, 24 recognised non-AIFC members and other companies. Thirty-five companies are included on the official AIX list.

In less than a year of operation, the AIX has raised more than $70 million in capital equity. For the first half of 2019, its total capitalisation was $1.9 billion, he added.

Nur-Sultan, where the AIFC is based, ranks 51st of 102 in the 2019 Global Financial Centres Index (GFCI 25), climbing 37 positions in the past year since its launch. The ranking explores financial centres around the world by making an analysis of areas such as business environment competitiveness, human capital, infrastructure, financial sector development and reputation, as well as the level of diversity, specialty and accessibility, according to the report.