NUR-SULTAN – The Taraz akimat (city administration) is building what will be the largest tourist centre in Kazakhstan. 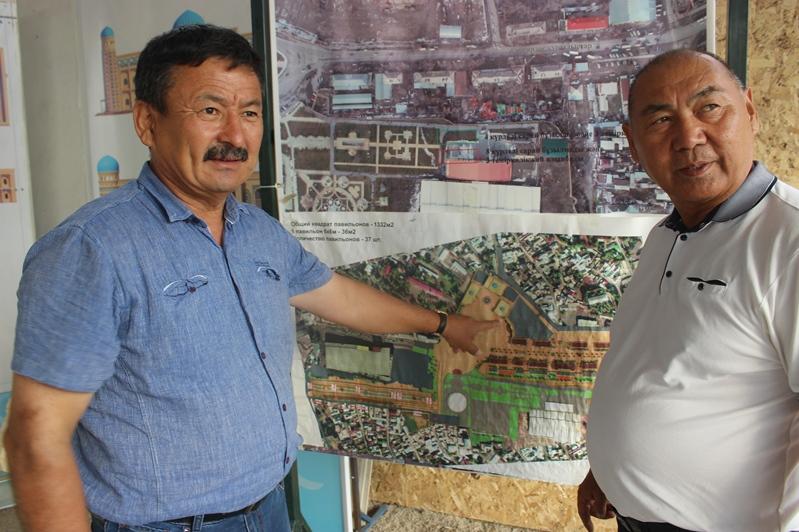 The city administration is building the Shakhristan historical and tourist centre, which together with the existing Ancient Taraz archaeological complex, will be the country’s largest tourist centre.

In 2011, Taraz central market was moved to another location and archaeological excavations of the ancient settlement were started on the market grounds. Archaeologists have discovered about 50,000 artefacts of the sixth-seventh centuries, a medieval citadel, a mosque of the eighth and ninth centuries, an altar of Zoroastrians, a prison called zindan, the embankment of the ancient riverbed of the Talas river and the foundations of residential buildings.

The cost to build the Ancient Taraz historical and archaeological centre is 2.5 billion tenge (US$6.5 million). The centre is located on 20 hectares with an entrance arch, an observation tower, an ethnic and cultural centre with the House of Friendship and a congress hall. It also includes Taraz Sazdary stela, Mynbulak square and a museum.

According to Rakhmankul Baiteliev, the adviser to head of construction department of the Zhambyl Region’s akimat (administration), there is a working group on the construction and design of the Shakhristan ethnic and cultural centre.

“The Shakhristan project consists of seven buildings made in the oriental style, constructed of bricks using Samarkand technology. The centre includes a local history museum, the Rukhaniyat centre, a craft gallery, a local history museum, an art gallery, an exhibition pavilion and an amphitheatre where retro festivals will be held. A stela with a clock tower will be installed on the nearby Zhambyl Square,” he said.

Shakhristan will host exhibitions of works by contemporary artists and sculptors and will be used to implement the long-awaited Taraz project – City of Artisans. City of Masters is an event where local artisans will be able to manufacture and sell their products.

“Today, 200-250 people work at the Shakhristan site. But as the front of work opens, we will additionally attract people. According to the plan, 450-500 people can work here during rush hour. The peak of work is ahead, we work according to the schedule of work. The dates are indicated, and we must meet them,” Baiteliev said.

“All construction work will be completed before the start of events dedicated to the 80th anniversary of the Zhambyl region, which will be held in November. There is a shortage of workers and experts. The problem is that the prices for construction work nearby in Turkestan and Tulkibas are higher, and workers prefer to work there. But we will get out of the situation, we will invite workers from other regions. Builders will work in two shifts, a special schedule has been drawn up, which will allow to accelerate the pace of construction. The tasks have been set – it is necessary to fulfil them,” Taraz Deputy Mayor Beisenbek Zhanbosynov said.