By Nazira Kozhanova in Sports on 15 September 2019 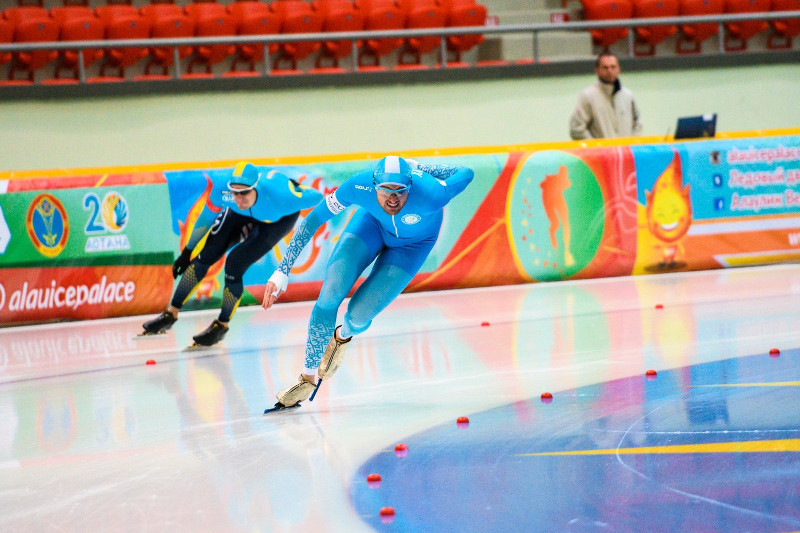 The Kazakh team members eligible to perform at the World Cup will be decided after the Kazakhstan Championship, speed skating head coach Dmitry Babenko told Sports.kz.

“There will be the Kazakhstan Championship, where the roster for participation in the stages of the World Cup will be determined,” he said.

He noted although the focus will be on taking more athletes to international competitions, the World Cup training will be completed in Kazakhstan.

“To a larger extent than two, three and four years ago, the team will take the athletes to international competitions. I think this will give us a certain impetus for the younger generation. They will still take a positive example, because we are training here in Kazakhstan. As the practice of last year has shown, all the conditions for us are there and we will stick to this plan for next season,” he added.

“Now we are using a new tool, short track. Many skaters use the short track for big skates. I want to note that the year that I missed came to my advantage. I recovered morally; I also feel good physically and enjoy training,” he said.

Held annually, the ISU Speed Skating World Cup consists of a series of six international competitions, including the ISU World Cup Speed Skating Final, taking place across venues in Asia, Europe and North America. The competition in the capital is the third in the sequence.

Skaters can earn points at each World Cup step and the individual with the most points on a given distance at the end of the series is the World Cup winner of that particular distance. The ISU World Cups also serve as qualifying competitions for quota places at ISU Speed Skating Championship events.