By Elya Altynsarina in International on 10 September 2019 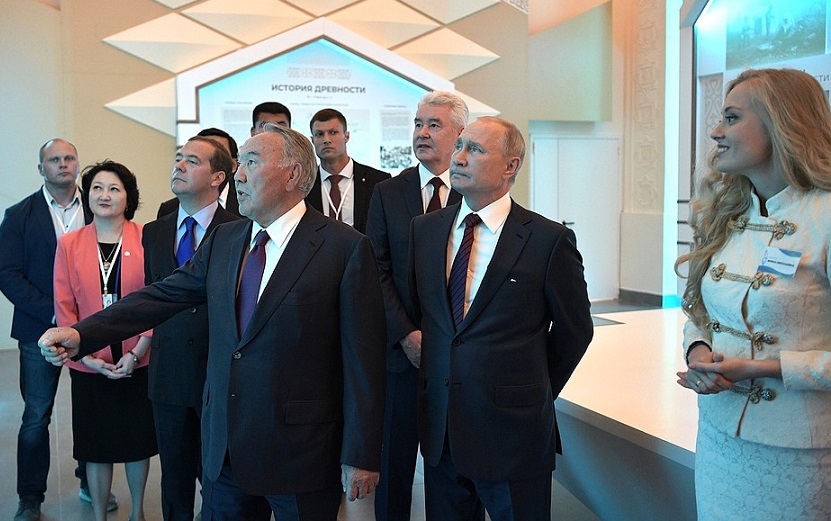 The Kazakh Embassy also organised a presentation of a traditional Kazakh yurt and an exhibition of crafts and more than 30 unique items of 8th and 6th centuries BC. from the National Museum of Kazakhstan.

“VDNH successfully is getting back at its main purpose – to become the largest exhibition, museum, cultural, educational, public space, confirming Moscow’s enduring importance as a creative and unifying centre,” said Putin.

“Moscow is very close to our hearts, we used to visit it, we studied, worked here, participated in events,” said Nazarbayev at the City Day ceremonies. 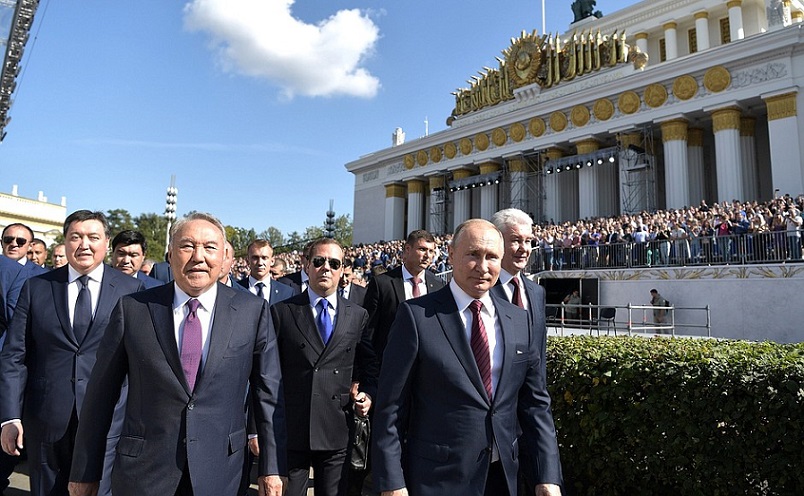 Nazarbayev also noted that on the eve of the 75th anniversary of victory in World War II it is important to relish the friendship and peace the current generation is living in and acknowledge the “ideal” Kazakh-Russian relations. “I did everything to make this happen and hope to see this continuing,” he said.

Nazarbayev also said the two countries live in the Eurasian Economic Union, so although he is no longer the head of state with a status of First President and certain responsibilities, there is something to discuss and he will continue working toward strengthening the country and helping his successors continue his work.

“There is no need to emphasise once again that you are largely a builder of Russian-Kazakh relations that have reached an unprecedented high level of alliance in the humanitarian and military fields, and military-technical cooperation. There is no sphere of activity where we would not achieve impressive results,” said Putin.

“Our countries have a rich culture and traditions that have become part of world civilisation. From the depths of centuries, the great deeds of Abylai Khan and Peter the Great, the scientific discoveries of Al-Farabi and Mikhail Lomonosov, the poetry of Abai Kunanbaev and Alexander Pushkin, the voices of Amre Kashaubaev and Fedor Chaliapin illuminate the path and inspire new achievements,” Kazakh Minister of Culture Aktoty Raimkulova told the gathering.

For Kazakhstan’s cultural days in Russia, both countries will present original dance performances, music, folk and pop songs from Kazakhstan that will deliver “the most vivid and wonderful experience” to the audience, reads a congratulatory letter of Russian Minister Vladimir Medinski.

At a concert curated by the embassy, Aigul Kosanova and Serzhan Musin accompanied by the choir and ballet troupe of the Astana Opera and State Opera and Ballet Theatre, presented a colourful vocal and choreographic “El saltanati” composition.

“So many emotions in dancing, so much depth in their voice. This is the first time I hear the Astana Opera performers and the performance of the Astana Ballet artists – it is amazing,” said Galina, who was visiting Moscow with her family and came to Kazakhstan’s concert.

Rising stars from Kazakhstan and winners of the Voice song contest, Daneliya Tuleshova and Yerzhan Maxim, were also on the stage.

The days of Kazakh culture will continue in the Tretyakov Gallery and Moscow’s cinemas. On Sept. 11, pianist Amir Tebenikhin is expected to perform at the small hall of the Peter Tchaikovsky conservatory.

Also during the visit, Kazakh Prime Minister Askar Mamin met with his Russian counterpart Dmitri Medvedev and several senior officials to discuss trade and investment, joint infrastructure projects and e-commerce in EAEU, among other topics.