By Nazira Kozhanova in Business on 28 September 2019

NUR-SULTAN – The 12th KazEnergy Eurasian Forum opened Sept. 26 in Nur-Sultan with discussions on the future of energy and the role Kazakhstan will play in that future. 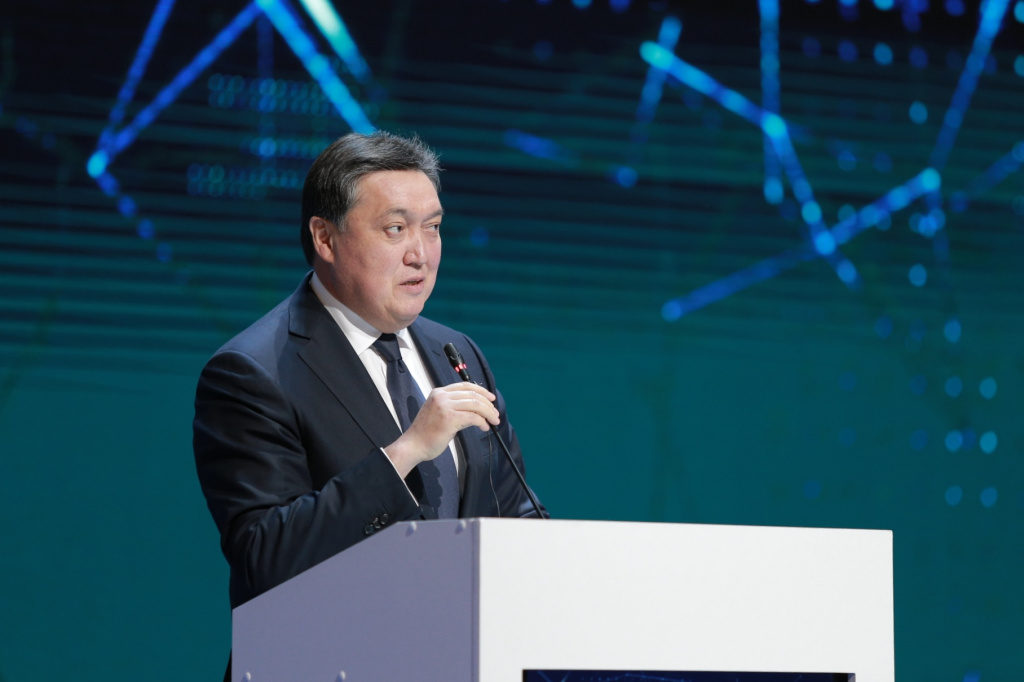 “In fact, energy is undergoing a certain transformation at the planning level. Today, the structure of global consumption is changing, which requires changes in the industry,” said Kazakh Prime Minister Askar Mamin at the official opening ceremony.

“Something new is required of us. This is a clear message within the framework of how the world is developing today in order to ensure sustainable development. Today, the pace of the global economy is developing in the face of fierce competition. The biggest falls are in the financial sector, and in the industry. Regional instability is increasingly becoming a recurring phenomenon,” he said.

The stability of the energy market is the key focus for Kazakhstan, said Mamin.

“At the same time, we must maintain stability and predictability in the energy market. In this regard, the role of Kazakhstan amid changes is becoming increasingly recognised. We are becoming a regional leader due to the stability of energy supplies. Astana EXPO 2017 has become an excellent platform and an opportunity to discuss new sources of energy. Since then, we have carried out certain activities in terms of implementation and preparation for a green economy,” said Mamin.

“From five to seven million barrels of oil were withdrawn from the market. Oil prices soared more than 7 percent. This is the largest volatility we have seen in the last 30 years. And also five to seven million barrels were lost literally in one minute, this is the biggest loss in several decades,” said Bozumbayev referring to the recent incident at Saudi Aramco facilities.

The Organisation of the Petroleum Exporting Countries (OPEC) Secretary General Mohammad Barkindo agreed that global uncertainty is one of the key factors shaping the global economy, and that OPEC tries to deal with it.

“The uncertainty of the past few months has hit the global oil market. Saudi Arabia has almost completely restored the volume of oil supplies. OPEC still aims to stabilise the market,” said Barkindo. 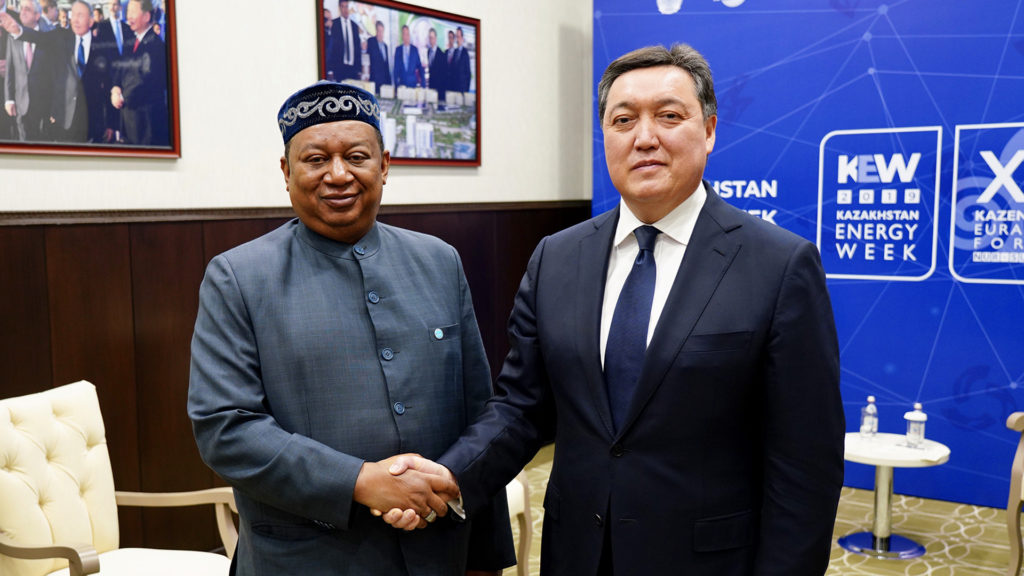 Bozumbayev said Kazakhstan would continue to work within the OPEC agreement.

“We will stay in the corridor that was guaranteed to our colleagues. We hope that the transaction will continue in the future, because this is a very correct initiative,” said Bozumbayev referring to OPEC+ arrangement between OPEC and non-OPEC oil producers including Kazakhstan.

Panel discussions that started after the official opening ceremony asked questions about the future of conventional and sustainable energy sources. Kire Ilioski, director of the Office of the Executive Secretary for the UN Economic Commission for Europe (UNECE), said Kazakhstan is one of the five countries benefitting from the UNDP project that are drafting sustainable development roadmaps to ease the transition into sustainable energy.

Senior Programme Coordinator for the Istanbul Regional Hub for Europe and the Commonwealth of Independent States (CIS) Ekaterina Paniklova said the United Nations Development Programme’s (UNDP) part in battling climate change is in unlocking finances for developing countries, helping them overcome investment attraction barriers, which the UNDP does in Kazakhstan. Paniklova added Kazakhstan is working to reduce its carbon emissions.

Igor Korotetskiy, partner and head of Operational Risk and Sustainability at KPMG said that even though “carbon emissions reduction is a global trend,” how fast Kazakhstan will reach it is the question.

Korotetsky highlighted the 4.3 percent energy consumption growth this year, as well as the growth of 0.8 percent in thermal electrostation energy consumption, while the renewable energy sources remained about the same. This trend, said Korotetskiy, lags behind global numbers.

What gives an additional impetus to Kazakhstan in switching to sustainable energy sources is in carbon taxes and carbon tariffs and quotas for non-carbon neutral companies and countries entering the international discussion, said Korotetskiy, adding that access to western markets for developing countries that are not able to decarbonise could be restricted.

To avoid that, financial instruments are needed to be used along with governmental policies in Kazakhstan. Koroterskiy listed green bonds, household and business energy efficiency incentives, digitisation and energy accumulation tools as ways to address sustainability in Kazakhstan’s energy sources.

Giovanni Capannelli, country director in Kazakhstan for the Asian Development Bank (ADB), emphasised the work the bank does regarding geothermal energy in Kazakhstan, as well as work for decarbonising Kazakhstan. Also, the bank works closely with the Astana International Financial Centre (AIFC) in introducing green taxonomy that will help attract investment in the green sector. Kazakhstan has already set high targets in Central Asia in sustainable development promotion, said Capannelli.