By Staff Report in Business on 6 September 2019 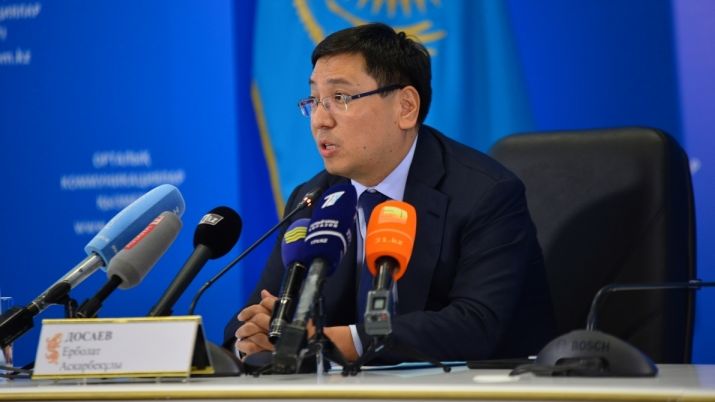 “The following factors will influence the decline in inflation rates. Lowering global demand and uncertainty in trade policies have helped soften external monetary conditions. In particular, the Fed rate was reduced for the first time in 10 years,” he noted, referring to the U.S. Federal Reserve.

Particularly for Kazakhstan, the reduced demand for oil is an important factor that affects its future monetary policy forecasts.

“The world oil market is characterised by the uncertainty associated with the continuing tension in trade relations between large economies. We forecast a slight weakening in demand for Kazakh export products to 12 percent in 2019. These dynamics are based on the scenario of a decline in oil prices from $71.60 per barrel in 2018 to $61.30 in 2019. The forecasts of the National Bank were based on data from the Ministry of National Economy on oil prices and other indicators of the external sector and economic development,” he added.

According to the National Bank, however, inflation will be within the forecast target corridor, as factors such as the slowdown of the U.S. economy, stabilised inflation in Russia and reduced price increase rates in the European Union and China lower inflationary pressures.

“The slowdown of the U.S. economy reduces the risk of capital outflows from developing countries and, accordingly, relieves pressure on their currencies. Inflationary pressures are relatively low amid stabilisation of inflation in Russia, as well as low rates of price increases in the European Union and China,” said Dossaev.

Even though the global factors mostly dictate a tighter monetary policy, the National Bank intends to pursue a balanced interest rate policy while monitoring the future dynamics of both external and internal factors.

“Given growing consumption in emerging global markets and declining global stocks, especially grain and meat, rising global prices could become a long-term and negative global inflation trend. In these conditions, the National Bank intends to pursue a balanced interest rate policy. Currently, factors so far favour a tighter monetary policy. We will closely monitor the dynamics of external and internal factors,” he added.