By Dilshat Zhussupova in Nation on 18 September 2019 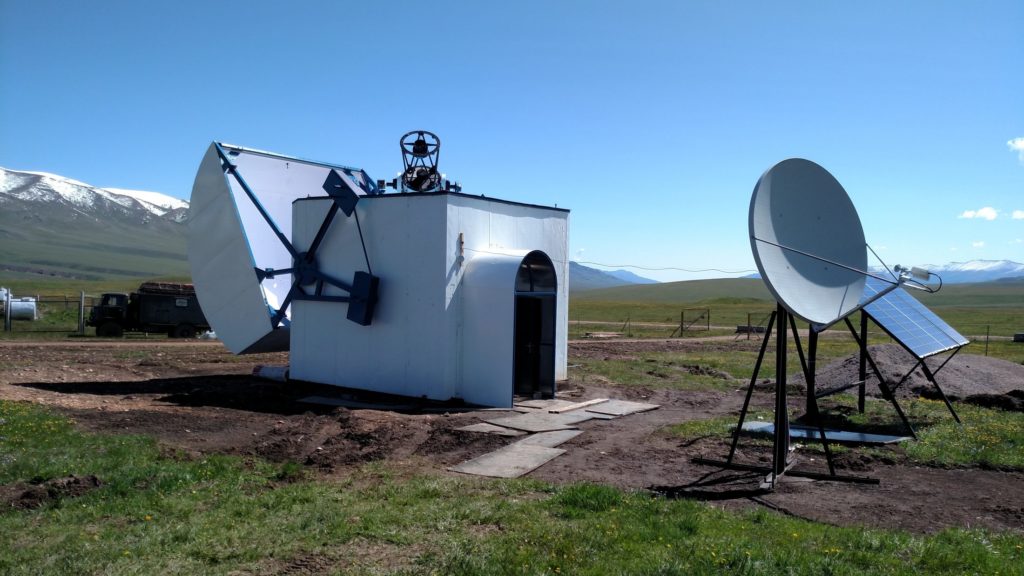 Scientists recently assembled and conducted preliminary tests with the Nazarbayev University Telescope at the Assy-Turgen Observatory (NUTTellA-TAO), which enables them to measure the spectrum of optical radiation of the largest space explosions in the universe.

“The NUTTellA-TAO is, without exaggerating, an innovative telescope that allows us to begin measuring gamma-ray bursts in seconds. We can react to and measure gamma-ray bursts identified by sensitive instruments in space, such as the SWIFT satellite. Measuring the shape of the spectrum will allow us to understand the mechanism of the brightest electromagnetic events occurring in the universe, which can be observed in remote galaxies,” said Zhanat Maksut, a researcher at Nazarbayev University’s Energetic Cosmos Laboratory.

Little is understood about these extremely energetic explosions, and scientists hope to meaningfully advance our knowledge with the instrument.

“There are various theoretical studies that investigate the causes of gamma-ray bursts, but none of the theories have been confirmed by experiments so far,” said Maksut. “In the last 50 years there have been no advances in the study of the initial phase of gamma-ray bursts, which last up to 100 seconds. But we hope that with the help of our instrument it will be possible, and the analysis of the images made by our telescope of this amazing natural phenomenon will create an opportunity, in the future, to confirm or refute existing astrophysical hypotheses and thus help reveal the physics of gamma-ray bursts.”

The telescope is installed in the Fesenkov Astrophysical Institute’s Assy-Turgen Astrophysical Observatory in the Almaty Region, where “there are all the necessary conditions for carrying out observations of the starry sky,” such as a clear sky.

The team behind the telescope is led by Energetic Cosmos Laboratory Head of Observation, Astrophysics and Optical Instrumentation Bruce Grossnan. Founded by Nobel Laureate George Smoot, the laboratory investigates the fundamental questions of cosmology and energetic processes in the cosmos, such as the birth and evolution of the universe.