By Zhanna Shayakmetova in International on 6 September 2019

NUR-SULTAN – Kazakh President Kassym-Jomart Tokayev proposed at the recent first Forum of Asian Countries’ Writers in Nur-Sultan to establish the Asian Giant International Literary award. Tokayev called for increasing the prestige of the award and making it world-famous. 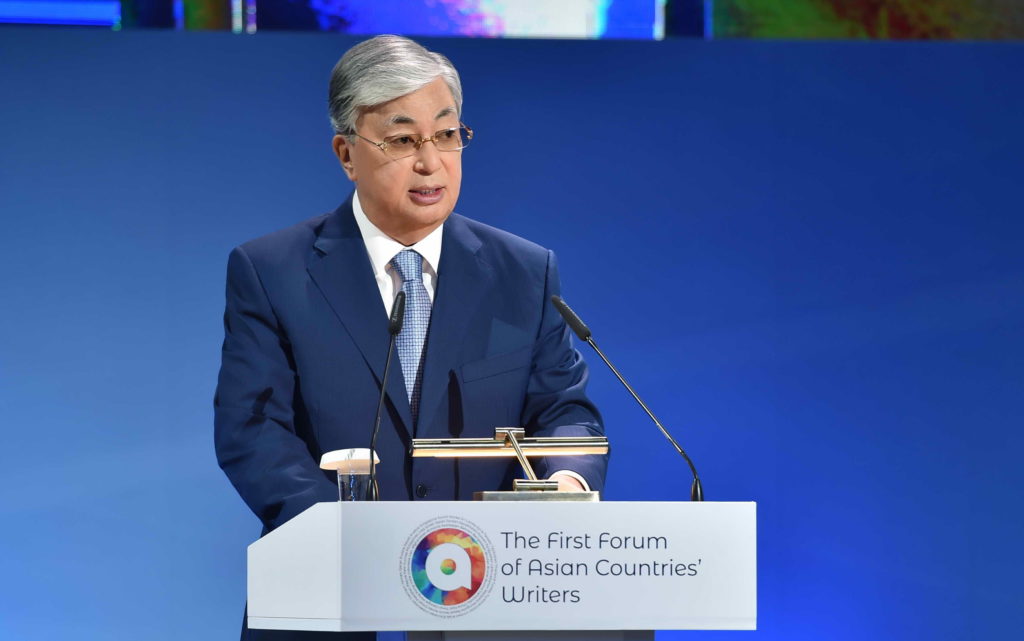 “For the further development of Asian literature, we need to pay attention to the following important issues. First of all, the Forum of Asian writers should become an important dialogue platform for the creative community. I believe that this important event should be held on a permanent basis in Asia. Such events should highlight the complex issues of concern for humanity. Of particular importance is the development of Asia as a world centre of spiritual development. Therefore, the creation of conditions for the modernisation of literary processes is one of the main tasks,” Tokayev said Sept. 4, addressing the forum participants.

The Sept. 4-6 event gathered 300 writers, including Nobel Prize nominees, Booker and ASEAN winners and winners of creative and national awards from 38 countries.

The head of state also suggested creating a single electronic library of works by Asian writers.

“It is high time to create a single electronic library of works by Asian writers. A treasury will be open to the world, in which materials of the unique Asian worldview will be collected. I am sure that the work on the implementation of such initiatives will unite our writers and take Asian literature to a new level,” he said. 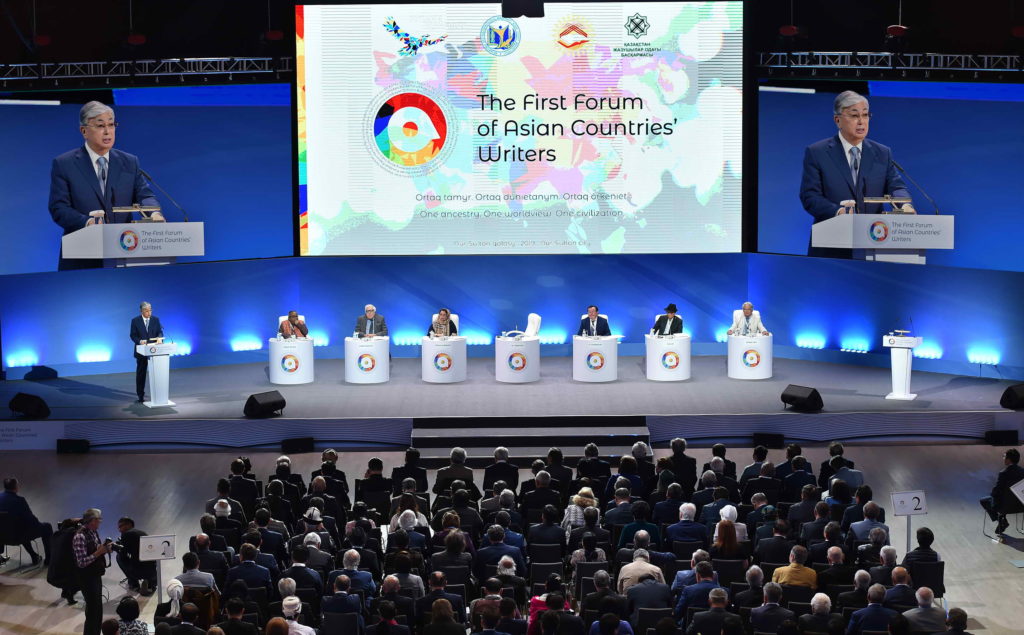 Meanwhile, the works of 30 Kazakh writers and 31 poets will be translated and published in six UN languages. These works will be available to 2.5 billion readers in more than 90 countries

“Thanks to the works of Kazakh writers, the world community is studying our national culture. The great steppe has witnessed diverse civilisations and cultures. Our country is located at the junction of roads connecting the west and the east, and the south and the north of a vast continent. We are a people that have preserved the Turkic identity, who originate from the Great Turkic Kaganate,” he said.

Asia observed how great civilisations emerged, reached power and disappeared, he added. The history of mankind is impossible without taking into account Arab, Chinese, Indian and Persian civilisations. Despite all the differences, “oriental cultures have always had much in common.” The secret of Asian civilisations is in harmony and not in conflict.

“Many still consider the Great Silk Road only in an economic context. But in fact, as in antiquity, the Silk Road is turning into a powerful force uniting civilisations. The growth of the Asian economy is accompanied by a rapid rise in literature, art, and the education system. Asian literature is diverse and has deep origins,” he said.

The participants also discussed the creation of the Association of Writing Unions, the international committee for Forums of Asian writers and its regular participation in international literary forums, book fairs and literary biennials.