By Zhanna Shayakhmetova  in Tourism on 27 September 2019

NUR-SULTAN – The Kazakh National Museum will present “The Great Steppe: History and Culture” exhibition at the Department of Museums of Malaysia Oct. 1-31 in Kuala Lumpur. The presentation is part of the Altyn Adam (Golden Man) Procession through the World’s Museums project. 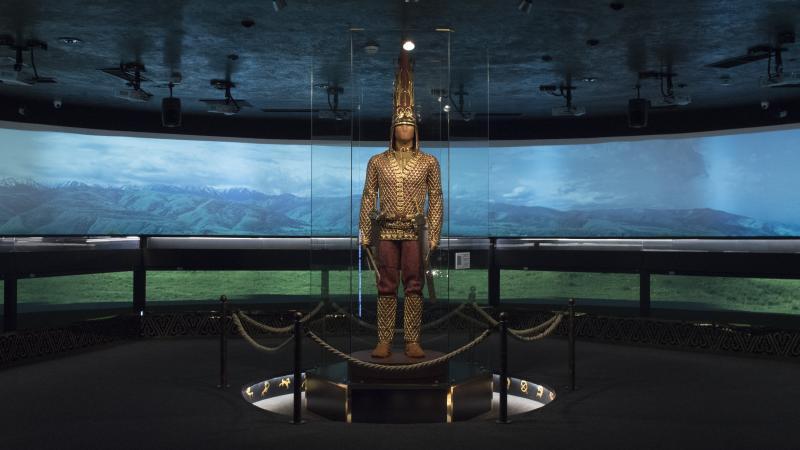 The mission of the exhibition is to present the rich historical and cultural heritage of Kazakhstan to foreign audiences.

The exhibition features 346 items, including the Golden Man armour, unique archaeological finds from the Saka mounds of Taksai in the West Kazakhstan Region, Taldy-2 in the Karaganda Region and Berel in the East Kazakhstan Region, a silver bowl with an inscription made in runic writing, which was found in the Issyk mound. It is one of the oldest written monuments found in this area. The jewellery items dating from the 15th century from the Sairam treasure demonstrate decorative animal images.

“The reconstruction of the Golden Man in clothes embroidered with gold plaques, in a special conical headdress decorated with gold plates in the form of gold arrows, snow leopards, argali, horses and birds are available at the exhibition. The visitors can also see the collection of archaeological finds from the early Iron Age century (5th-4th centuries BC) that accompanied the burial of this noble Saki young warrior. According to archaeologists, he was 17-18,” reads the release. 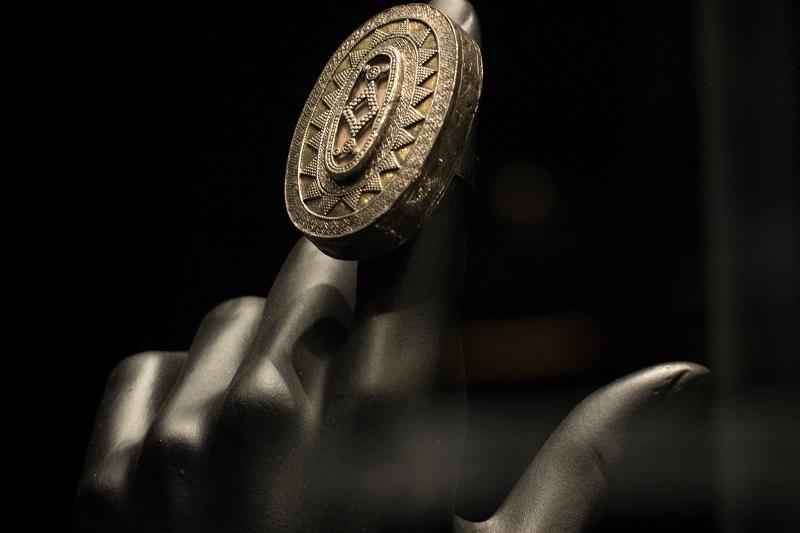 The Golden Man, or Altyn Adam, is perhaps the most famous and significant archaeological discovery in Kazakhstan to date. In the late 1960s and early 1970s, archaeologist Kemal Akishev found the remains of the Saka king – the Golden Man, which later became the symbol of Kazakhstan, in the Issyk mound near Almaty. The priceless artefact was named Kazakh “Tutankhamun” and recognised as the discovery of the century. The gold jewellery in the form of winged horses from the crown of the ancient ruler of the steppes became part of the national coat of arms and the sculpture of the Golden Man was installed on Independence Square in Almaty.

More than 4,000 gold items were found in the mound as well as the details that decorated clothes, jewellery and household utensils. The researchers recreated the appearance of an ancient warrior after studying the objects found in the burial.

The exhibition is now on display in Ankara.

The Golden Man Procession through the World’s Museums project is implemented as part of the Rukhani Zhangyru (Modernisation of Kazakhstan’s Identity) programme initiated by First President Nursultan Nazarbayev. The exhibition is also scheduled in museums in the United States, Italy, Austria, France and Germany in 2020. The project will also be presented in the exhibition halls of the Association of National Museums of Grand Palais in France and in the Art Museum of Austria in 2021.