By Dilshat Zhussupova in Business on 4 September 2019

NUR-SULTAN – The Kazakh government and the Accounts Committee will examine state holdings and national companies to determine if structural changes are needed to increase GDP growth, said First Deputy Prime Minister and Minister of Finance Alikhan Smailov at a Sept. 3 government meeting. 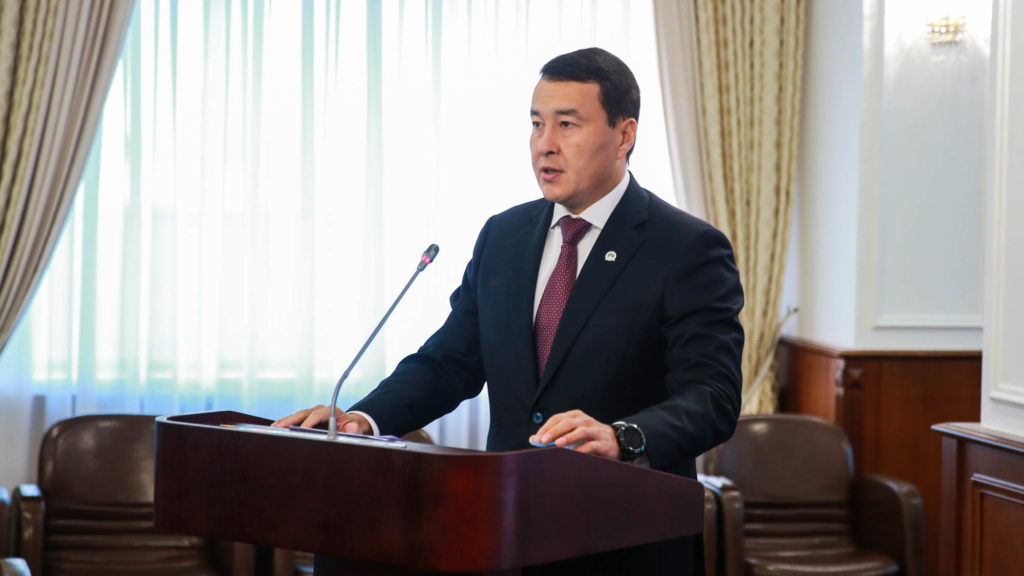 The effort follows Kazakh President Kassym-Jomart Tokayev’s call for structural transformations in the public and quasi-public sector to ensure annual gross domestic product growth of at least 5 percent by 2025.

Approximately 100 billion tenge (US$257.43 million) was allocated by the Samruk Kazyna Sovereign Wealth Fund to reduce unemployment and improve living standards among the rural population as of September.

“We will evaluate the real contribution of the Sovereign Wealth Fund to the growth of people’s welfare over the past 14 years,” said Smailov.

After evaluating the effectiveness of the fund, the Ministry of Finance and the National Bank will develop measures to improve its use.

“We will seek funds to improve social support for the population by reducing inefficient spending and increasing budget revenues (in the fund),” said the minister.

“Amendments to the law (On Public Procurement) have been developed to stimulate fair competition, reduce corruption and improve the quality of goods, services and qualifications of suppliers. This will make it possible to increase budget revenues,” he explained.

The Ministry of Finance will consolidate an extrabudgetary social security system by creating a unified social fund and introducing a single social payment to further optimise costs.

“The organisation of the budget process at all levels will also be built to accommodate the involvement of the population in forming local budgets. Laws will be adopted for regional, city and rural levels of power to become more economically independent in solving local problems,” said Smailov on a measure for efficient budget formation and use.

In addition, according to the Sept. 2 state-of-the-nation address, the number of civil servants and employees in national companies will be reduced 25 percent in 2020-2024, and financial incentives will be created for the best employees to boost their productivity.