By Nazira Kozhanova in Business on 12 September 2019 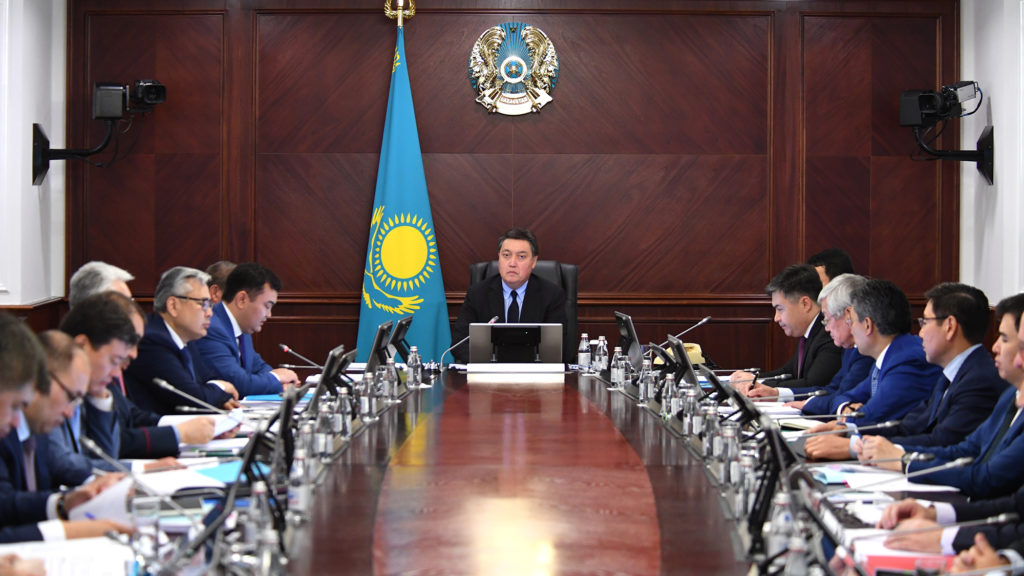 For the third consecutive month, inflation remained a low 0.2 percent. The annual 5.5-percent inflation rate is within the target corridor.

The per capita nominal cash income of the population in January-May was 486,000 tenge (US$1,247). The figure is a 10.8-percent increase in nominal terms and 1.7 percent hike in real terms compared to the corresponding period of 2018.

“Last week, the head of the state presented the state-of-the-nation address to the people of Kazakhstan, which reflects the continuity of the policy of Elbasy (First President of Kazakhstan Nursultan Nazarbayev) and sets a number of basic tasks for the government aimed at further development of the economy. The main task for the government is to ensure annual sustainable GDP growth and bring it to 5 percent and higher by 2025,” said Mamin, instructing the line ministries to strengthen work to achieve the established target indicators.

National budget revenue for the first eight months of the year was 6,958.3 billion tenge (US$18 billion), which is 101.1 percent of the planned amount, and the growth rate was 119.2 percent. Budget use for the reporting period was 98.9 percent.

Mamin directed implementing budget funds in a timely manner in response to the observations by a number of programme administrators regarding incomplete budget execution.