TOKYO – Kazakh nuclear disarmament activist and ATOM Project Honorary Ambassador Karipbek Kuykov presented his paintings depicting the horrors of nuclear weapons testing and the use of nuclear weapons at the Sept. 19 “Kazakhstan-Japan: Path to a Nuclear-Weapons-Free World” conference at the United Nations University in Tokyo. 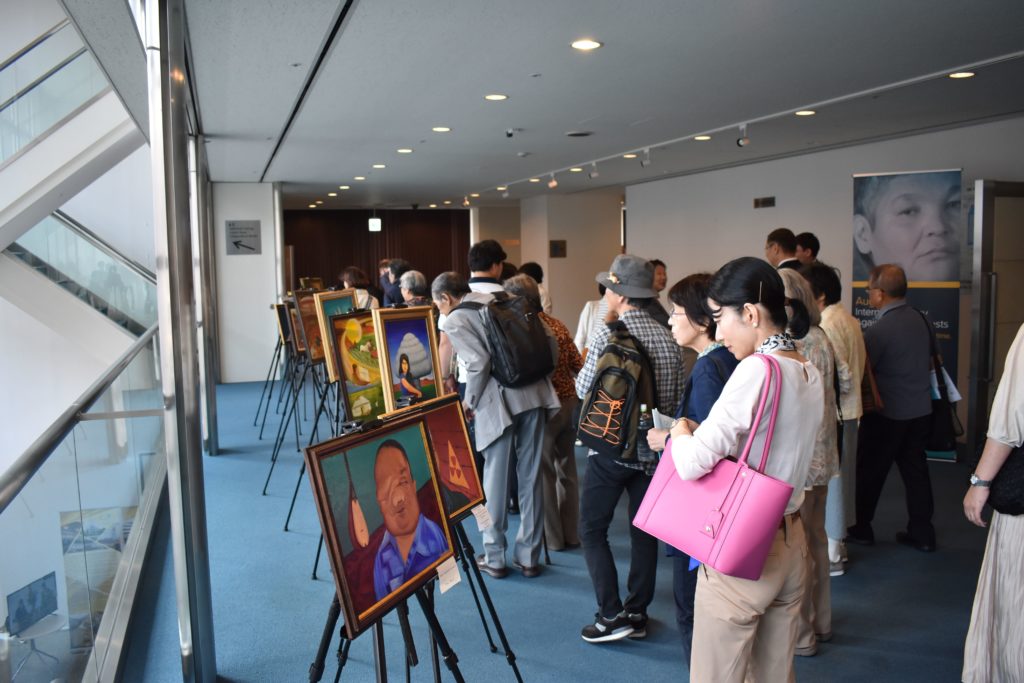 Kuyukov is among more than 1.5 million victims of more than 450 nuclear weapons tests by the Soviet Union at the Semipalatinsk Nuclear Test Site. The site was shut down in 1991 by Kazakhstan’s First President, Nursultan Nazarbayev, but Kuyukov’s parents were among the many exposed to those tests. Kuyukov was born without arms as a result of that exposure.

Karipbek has since become a renowned artist and internationally recognised nuclear disarmament activist. He has been the Honorary Ambassador of The ATOM Project, a global civic initiative launched by Nazarbayev in 2012 to garner global support to end nuclear weapons testing and achieve a nuclear-weapons-free world, since 2012. 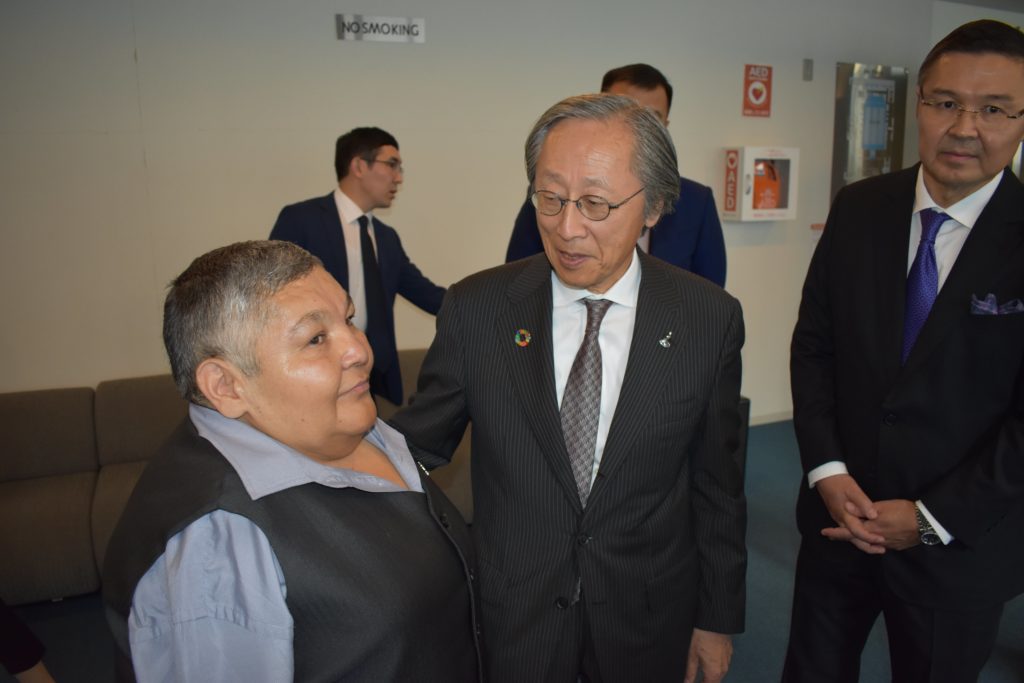 Kuyukov’s exhibition in Tokyo displayed his most popular works and two of his latest paintings devoted to the atomic bombings in Japan.

The painting titled “Hiroshima” depicts a child watering a single plant among the ruins after the explosion.

Kuyukov said he is happy to share his paintings that depict the suffering of nuclear-weapons-testing victims.

It is particularly important to present such works to the Japanese people, said Kuyukov, as Japan knows first-hand the tragedy of nuclear weapons.

“Pictures help me show pain and demonstrate my vision of the world as a victim of nuclear tests and thereby, stir emotions in people. Paintings related to the anti-nuclear movement are always of particular interest to the public,” he said recently. 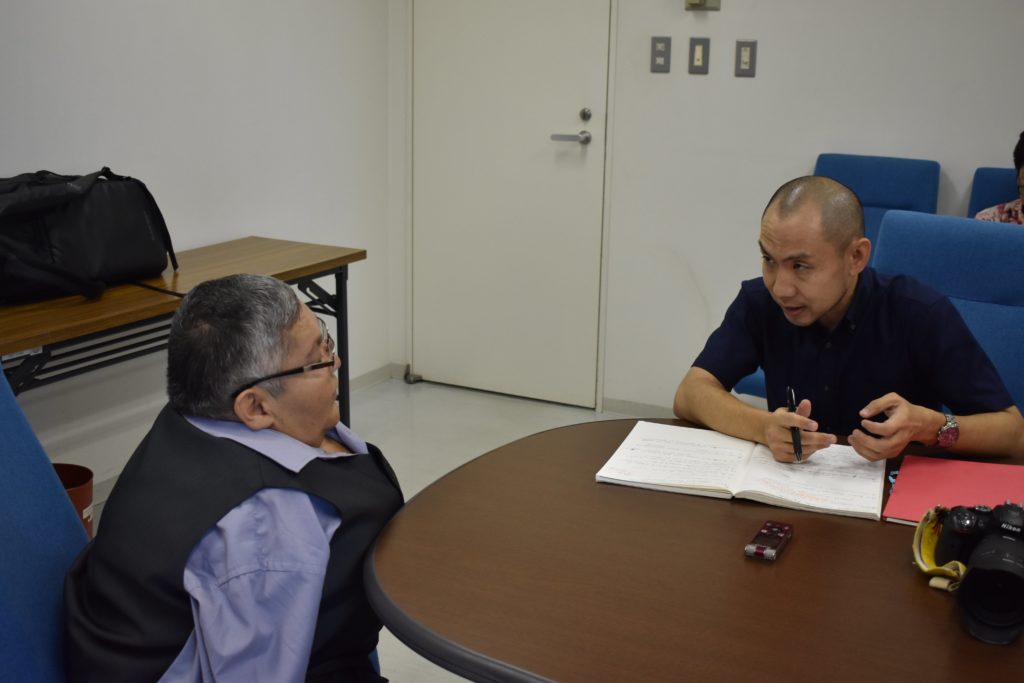 While in Tokyo, Kuyukov also met with Hiroshima and Nagasaki survivors.

Japanese senior government officials, Kazakhstan’s Ambassador to Japan Yerlan Baudarbek-Kozhatayev and representatives of the Kazakh delegation were part of the event.

“Nagasaki, which has gone through this test, expresses its sincere wish that may Nagasaki be the last city on the planet, where the atomic bomb was dropped. There are still nearly 14,000 nuclear warheads in the world and the global situation on nuclear weapons is extremely uncertain,” said the Japanese official.

He said it is the time for civil society to join efforts to reaffirm their commitment to a world without nuclear weapons.