Innovative Kazakh photographer draws inspiration from art, music and connecting with his subjects

By Diana Vassilenko in Culture on 21 September 2019

NUR-SULTAN – One of Kazakhstan’s most innovative photographers Aióny Haust says he draws his inspiration from films, art, other photographers, and, definitely, music. 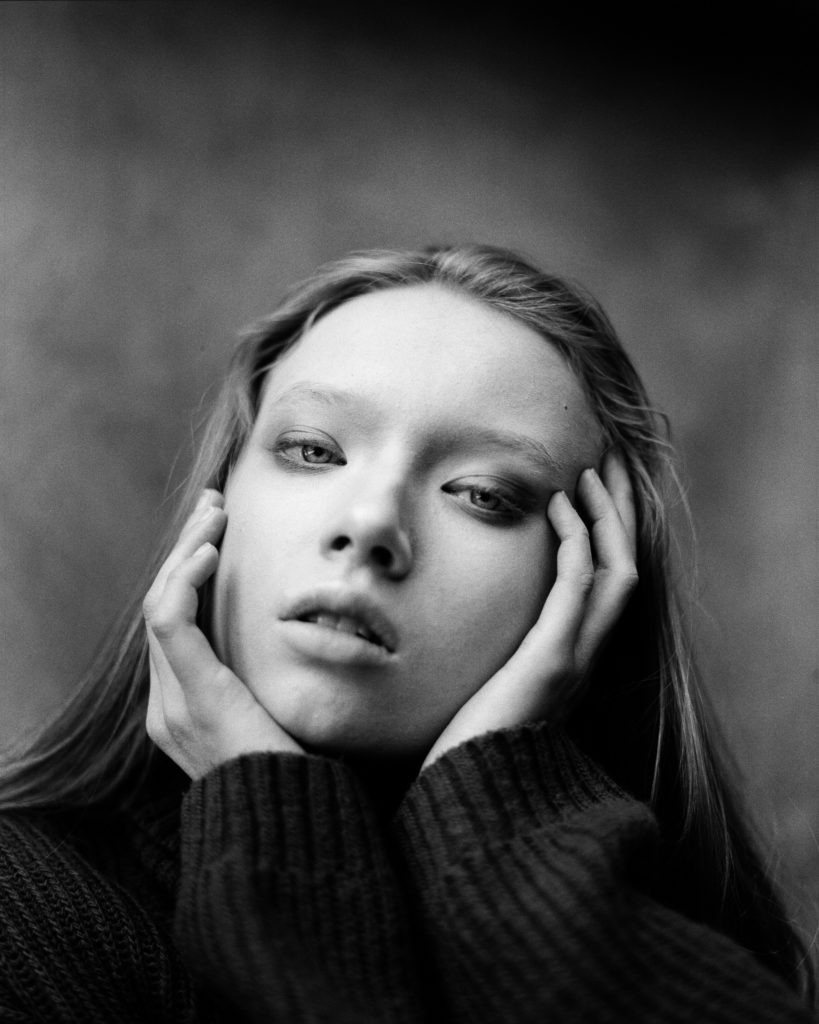 Shot of Violetta Bogdanova by Aiony.

“I have a playlist for every photo shoot, depending on the mood and the style. If it’s a calm photo shoot, I play blues and jazz. If it is something energetic and fun, I prefer a mix of country and alternative rock. The music is very important for me; it sets the vibe and inspires me. If it matches the mood, the photo shoot ends up very well,” Aióny said in an exclusive interview for this story.

The photographer is based in Almaty, was an innovator in the use of mobile device cameras and has worked with some of Kazakhstan’s top fashion models. He is also well known by his pseudonym Aióny.

“Aióny is not my name, it is a pseudonym, nobody knows my true name. Aióny means Love demon in Japanese – 愛 (ai – love) 鬼 (oni – demon). Haust means autumn. I created this pseudonym when I was a musician. I no longer write music, but I got so used to the name, that it is a part of me now,” explained Aióny.

Aióny was first exposed to photography when he was a child and found a camera in the attic of his house in the countryside of Almaty. He entertained himself by capturing the scenic mountains and rivers of the area. He has been creative ever since, studying filmography at university and writing music.

Aióny switched to photography from music, he explained, because he no longer felt the inspiration – “the pain and love necessary to create music.”

He was one of the pioneers in Kazakhstan of mobilography, which uses mobile device cameras. His photographic career soared when one of the most famous Kazakh models Aya Shalkar noticed him on Instagram and invited him to hold a masterclass and teach others the skills of a mobilographer in 2013.

“For the next four years I kept using my phone camera to take photos, but there were a lot of instances when the camera failed to capture some beautiful light or certain shades, and I understood it was high time to switch to a professional camera,” said the photographer.

So he purchased a simple camera and by using his intuition and previous experience taught himself how to use it. Many photographers told him he was taking photos the wrong way.

“They say I overexpose my photos. But I like it that way, I think that makes me who I am. I do something no photographer does: I completely remove the saturation in the camera settings. I love it when the skin tone is neutral,” said Aióny. “I have noticed the tendency that when people start taking photography courses, their photos start lacking individuality, which is the most important thing for the success of an artist.” 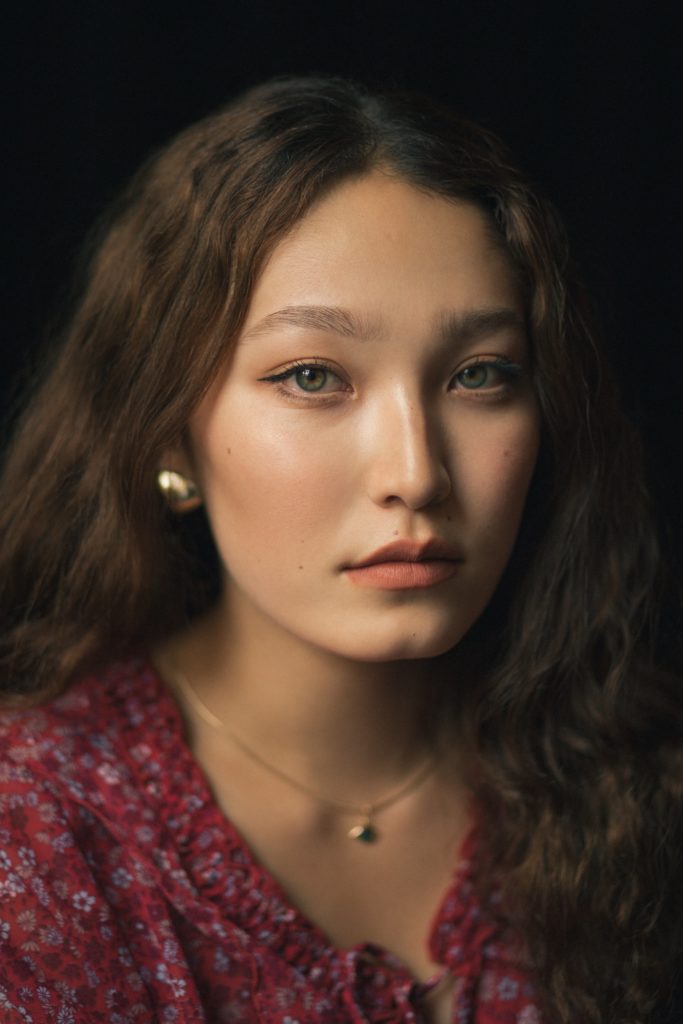 When he switched to using real cameras, Aióny said, he fell in love with film cameras.  He said he takes photos with a film camera when completing all his creative projects, but also insists on using it instead of a digital camera when doing a commercial photo shoot.

“I find it very interesting. Film photography fascinates me. I give discounts to people to let me use my film camera, even though I have to pay more for the equipment. I value the creative process and result much more than the money I receive,” he said.

He said it is important to him to establish trust and a connection with the models with whom he works.

He told the story of how connecting emotionally with a well-known Kazakh model helped produce the best image of the photo shoot.

“Last summer, I met up with the famous model Aidana Sahari on a very gloomy rainy day. I was in a bad mood because I just broke up with my girlfriend. Aidana also seemed very sad. You could say, there was a storm of clouds above us. I suddenly had an idea. I asked her to cry for me, which she did, I took a video of the process. It was such a catharsis. We felt some kind of connection, such trust! We were talking a lot during the photo shoot and that is when I took my favourite portrait photo,” said Aióny.

He said establishing that connection, however, does not depend on the model being professional. As a photographer, he seeks to connect with people on all levels and to let them express their individuality.

“I am not picky about whether the model is a professional. I can come up to a person on the street and ask them to pose for me. Amateurs are really interesting, they move differently, have their own rhythm,” said Aióny.

Aióny also says he has a special place in his heart for Vogue photographers. He said that many of them are self-taught, but they create masterpieces.

“My goal is to have a photo shot by me become a Vogue magazine cover. I would love to work for Vogue in the future,” said Aióny. “I want to be a travelling photographer, take photos in every country. I don’t like the idea of settling down, not being free to leave at any moment.”

Aióny said he has interesting projects planned in the near future that he must keep secret for the time being.

Followers can find out what exactly he is planning to do and see him realising his new ideas on his Instagram @aiony.