Government to improve conditions in Kazakh penal colonies by 2023

By Yekaterina Yeliseyeva in Nation on 7 September 2019

NUR-SULTAN – No Kazakh correctional colony meets international standards and measures will be taken to improve conditions, said Deputy Prosecutor General Marat Akhmetzhanov at an Aug. 28 roundtable in the capital. He suggested completely modernising the colonies within the Development of the Penal Correction System Road Map for 2019-2023. The proposal was submitted by the Prosecutor General to the government and the President. 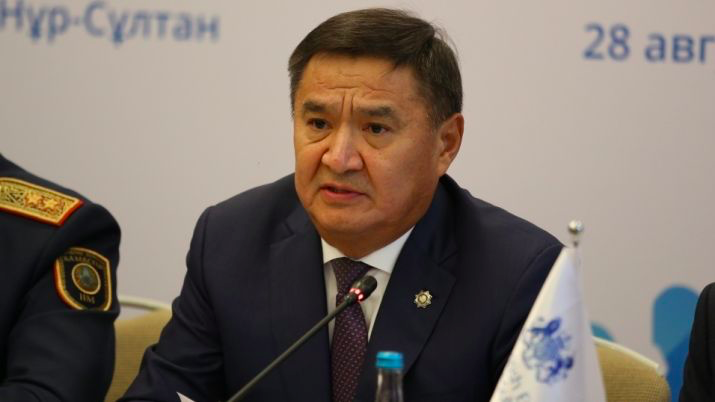 “After the events of torturing prisoners in a correctional colony in Zarechny, we carried out checks. We detected 2,500 violations ranging from unsanitary conditions of detention to ill-treatment of convicts. We received 28 complaints and initiated pre-trial investigations. Also, the inspection indicated that not a single colony met international standards. They have a barracks structure; 40-80 prisoners are kept there. Therefore, so-called ‘activists’ are recruited and used to control them,” said Akhmetzhanov.

“But this is only 5 percent of the total demand. In this regard, the government made a recommendation to continue the full modernisation of the colonies throughout the country. The President of the country was also informed about this,” he added.

Earlier this year, a video uploaded on YouTube, which captured unlawful employee actions towards convicts at the LA-155/8 institution in Zarechny near Almaty, instantly became viral. The footage, recorded with a hidden camera, showed colony officers twisting a prisoner on the gym floor. In the next room, three uniformed workers hung another person from the ceiling by his arms as one worker hit him on the head with his knee. Other prisoners, as well as security guards, were present in the video.

After clarifying all the circumstances and proceedings, the Ministry of Internal Affairs (MIA) reported the colony head and his two deputies were released from their duties. In total, 14 employees were prosecuted.

One of the measures to improve the colonies will be installing information terminals for convicts, said Vnimaniye.kz project author and coordinator Beibut Shazhimbayev at the roundtable.

“We have developed the hardware and software complex ‘Information terminal of the convict’ which we plan to install in the institutions of the Kazakh Penal Correction System (KPCM) of the MIA. The device allows you to make video calls to people from the socially important list – these are parents, wives. There is also access to an online store. It sells all non-prohibited items. The items are delivered by Kazpost; they are our partners. The prices and products are from the two largest retailers of the country,” he added.

Shazhimbayev noted 14.5-kilogram parcels are sent to all KPCM institutions, then distribution proceeds according to detention conditions.

“A convict can buy goods every month on a light detention regime and on a regular basis once every two months; if the prisoner has strict conditions of detention, he can buy them once every six months. The device costs about $1,300 and it is made of domestic materials; only the sensor is foreign,” he added.