By Aidana Yergaliyeva in Astana on 4 September 2019

NUR-SULTAN – Rotary Club of Astana hopes to finish building the second Kunshyaq inclusive playground in the capital by the end of September and is seeking six million tenge (US$15,445) to finish the project. 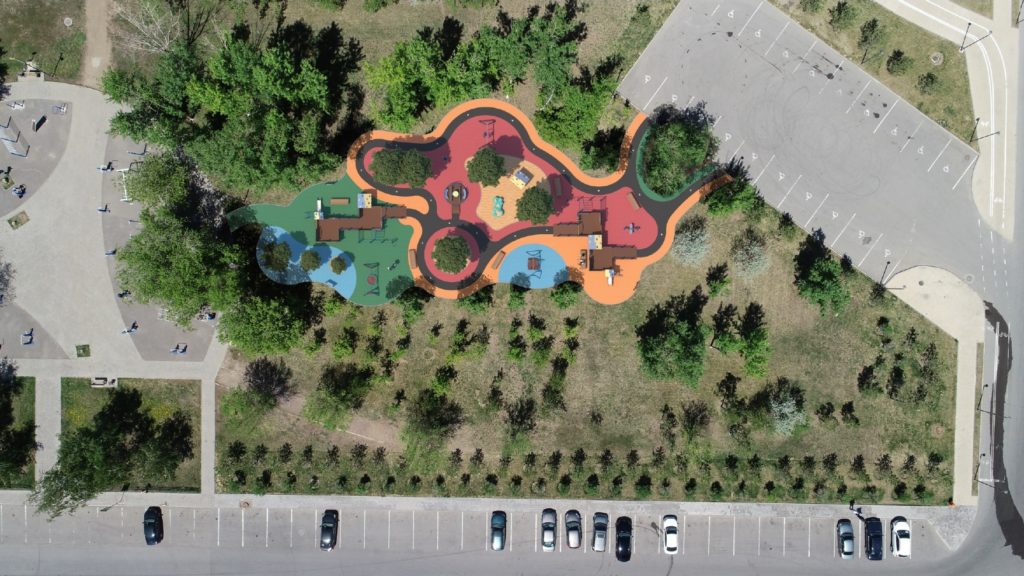 The playground is on an 800-square metre parcel in Central Park near the Atyrau Kopiri pedestrian bridge and St. Regis Hotel. The designers created a space that integrates harmoniously into the existing landscape, preserving all trees.

“We don’t have (anything) analogous to such a children’s playground. We have very limited places where people with special needs, children in particular, can spend their leisure time. Therefore, we launched this project,” Rotary Club President Bayan Toikebaeva told The Astana Times. 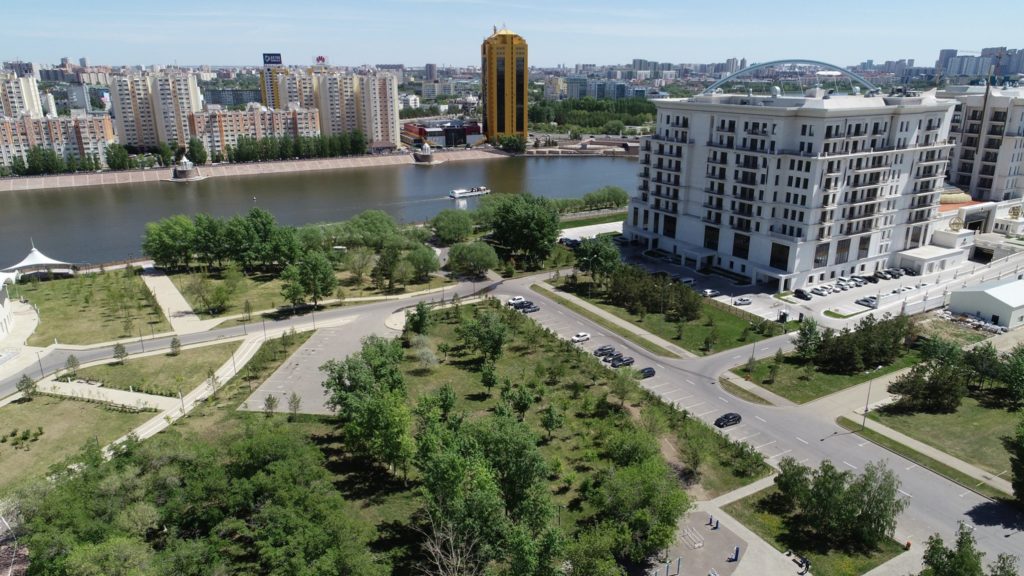 The Rotary opened the first playground in 2018 near the Kazakhstan Sports Palace on the Akbulak River embankment. The club worked on construction with the Almaty district akimat (administration).

The 1,382-square metre site includes 42 pieces of equipment for sports and entertainment. It has complexes for children in wheelchairs, safe swings for those with disabilities, adapted sandboxes, tables and special tactile panels. 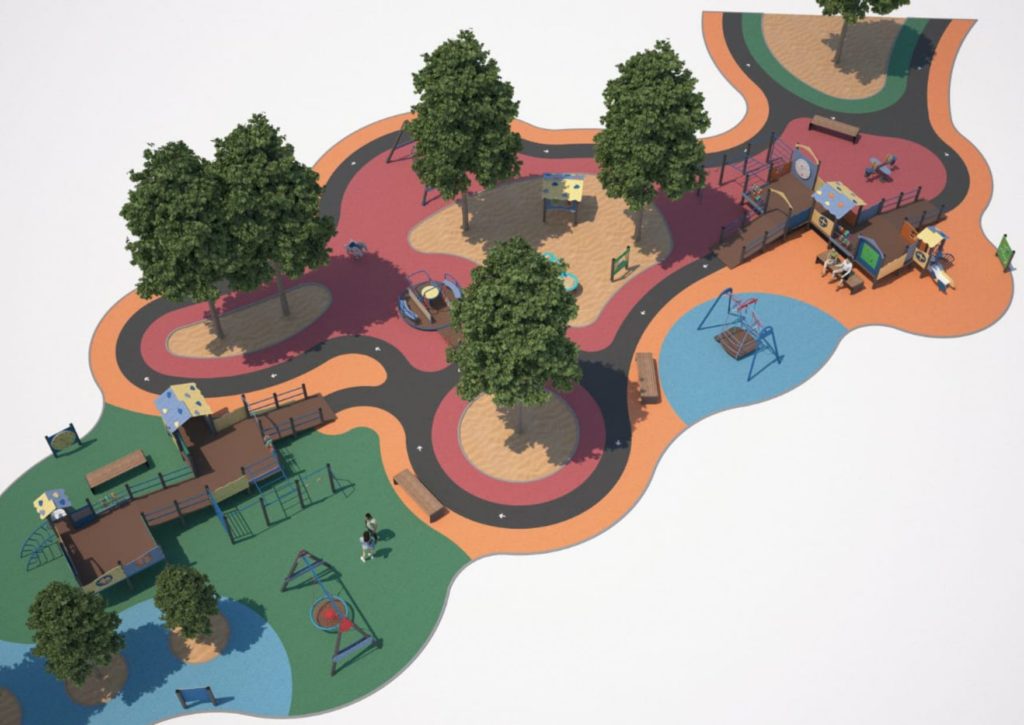 The inaugural playground allows children of all abilities to socialise. The place is full of laughter as they play, communicate and make friends with each other.

The first project cost 28 million tenge (US$72,079) and the Rotary collected part of the amount through charity events. The project received support from many companies, small and medium-sized businesses and public associations, as well as capital residents and individuals from other countries who transferred their contributions to a specially created account.

The positive result and public engagement inspired the club to open the second playground.

“We saw the big demand. There are always many children on this site. It is always full,” said Toikebaeva.

Construction at the new site started July 30. The land has been prepared and the equipment is on its way from Moscow, which club members will begin installing next week, she added. 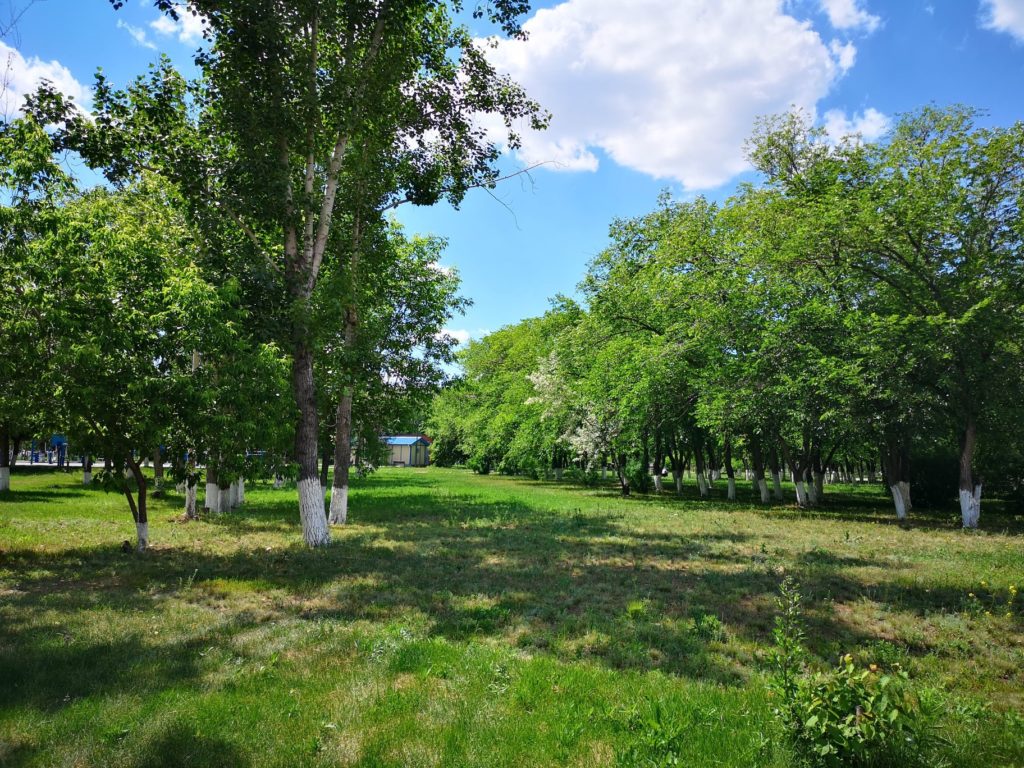 Contributions to complete the playground may be made to the Rotary Club of Astana Public Association account. Donations are accepted both in tenge and U.S. dollars. Bank details can be found on its Facebook page @Rotaryclubastana.

The club is planning to dedicate its next project to supporting women who have experienced or are experiencing violence either through providing assistance to the existing crisis centre in the capital or opening a new one.

Rotary International is a global network of 1.2 million friends, neighbours, leaders and problem solvers who come together to create positive change in communities around the world. The capital club is seeking new members who would like to contribute their time.

“Rotary Club invites all who want to engage in a charity and want to help on a permanent basis… We invite them to come and see the projects that the club does and who attends the club,” said Toikebaeva.