By Aidana Yergaliyeva in Nur-Sultan on 28 September 2019

NUR-SULTAN – The Nur-Sultan Akimat (city administration) over the past few months have added new streetlights, courtyards, playgrounds and other public facilities to many parts of the capital city. 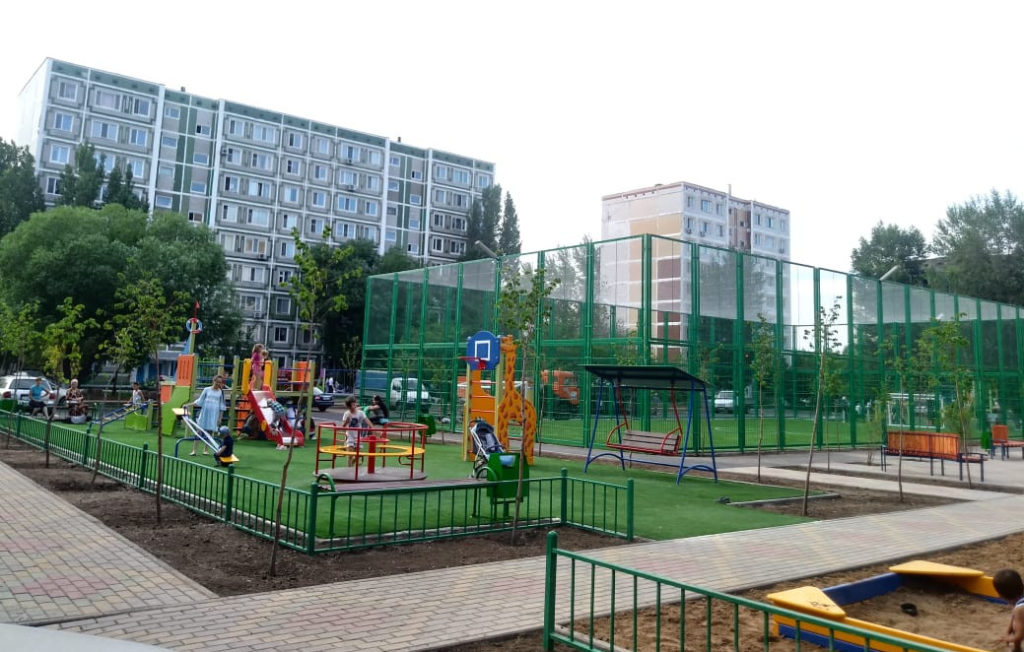 “All that we do, we do for people, for a comfortable and safe living. We periodically go around all areas of the capital, meet with residents and eliminate problems raised. It is necessary to remove barriers around social facilities, equip house territories, install street lighting in the first place near all educational institutions,” Nur-Sultan Akim (Mayor) Altay Kulginov said during a Sept. 24 meeting of the city akimat.

Sponsors will also fund next year a hockey-football court and a playground in the courtyard of Ondiris housing area along Akbidai Street.

More than 4,000 lights were installed on city streets over the summer and 400 older lamps were replaced with energy-saving lights.

The Yessil District already had 85 percent of its yards in satisfactory condition. The main work was done on sidewalks, squares and in repairing sculptures. The akimat also fixed yard lighting in 38 houses. Dismantled luminaires were installed in the Vostochnaya Ilyinka housing area on unlit streets. 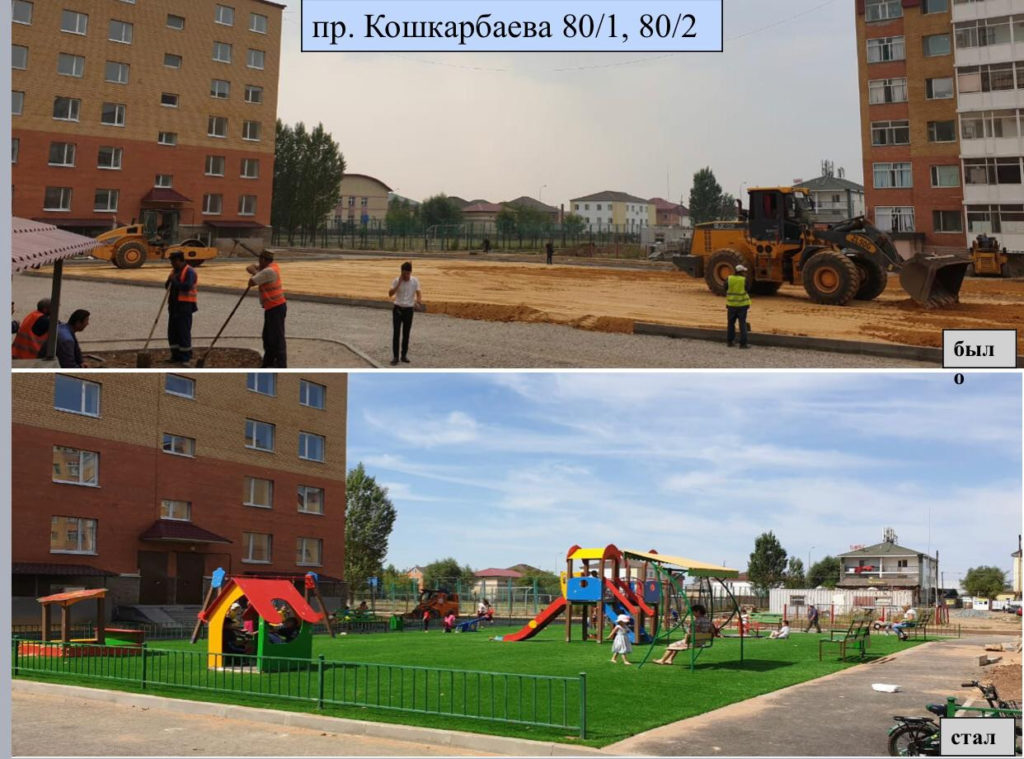 Before and After of 80/1 and 80/2 Koshkarbayeva Street in the Almaty District. Photo credit: astana.gov.kz.

The Almaty District also saw upgrades. The Akimat had to take care of only 10 percent of the yard areas, which meant 42 repair and restoration works. The elements of improvement can be seen on the banks of the Akbulak River, in Studencheskii, Zheruiyk and Presidential parks, in Momyshuly and Pushkin squares and on the boulevard along Abylai Khan Avenue. Ten fountain complexes were also installed. All the yards of the district now have lights.

In the Saryarka District, the akimat have done works in 40 courtyards, brought lights to the yards of 370 houses and paved entrance areas to social facilities.

“Before the cold starts (it is necessary to) set warm bus stops. By spring, you need to prepare trees to plant. On Nurzhol Boulevard, Nur Astana Mosque, trees took root well, on hot days people sit in the shade. In winter, they will protect from the winds. It is necessary to continue this practice,” Kulginov said.

In the summer of 2020, the capital akimat plans to equip more than 200 courtyards, build sports facilities and 130 kilometres of bicycle paths, replace LED lamps with energy-saving lights, modernise housing and communal services of at least 20 residential complexes, open parks and squares and pave access roads to social facilities and sidewalks.