ADB celebrates 25 years of partnership with Kazakhstan, invests over $5 billion 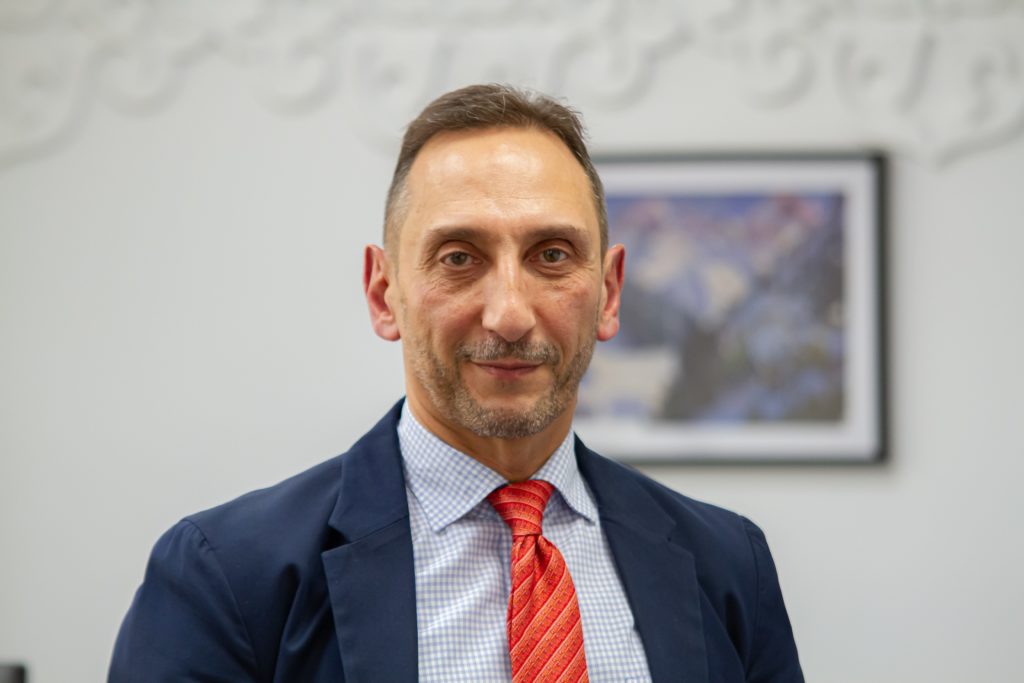 ADB activities have been changing and expanding with the country’s needs, said ADB Country Director for Kazakhstan Giovanni Capannelli in an interview with The Astana Times.

Kazakhstan became a member of the ADB in 1994, and the first ADB office opened in Almaty in 1998. The bank was the first multilateral development institution that moved to the new capital, then Astana, following the Kazakh government.

Supporting small- and medium-sized businesses that have been steadily growing in Kazakhstan in numbers is a significant part of the ADB’s activities in Kazakhstan.

The bank has been partnering with Kazakhstan’s Damu Business Development Fund for eight years to provide financial and technical assistance to businesses, both in big cities and regions that received more than 70 percent of the ADB loans.

It also seeks to support female entrepreneurship with free seminars and trainings, primarily in regions and rural areas.

The bank partnered in May with the Atameken National Chamber of Entrepreneurs to train female entrepreneurs in financial, legal and business literacy in five Kazakh regions, and similar workshops will reach nine other regions by the end of the year.

Capannelli noted the importance of addressing major barriers that businesses face, including access to finance and ensuring collateral.

“We provided more than $500 equivalent million in local currency to help SMEs have access to concessional loans, to cheap loans and recently we also extended that to micro enterprises,” he said.

To address the lack of the data and foster business creation, the bank launched a pilot project in the Kostanai Region to compile a database on the SMEs in the region as well as provide technical assistance and analytical support to local officials. The project is being done with Nazarbayev University and is expected to cover 3,000 firms.

“If I ask anybody else in Kazakhstan, do you really have a close understanding and strong command on what is going in the region with SMEs, having the database, do you understand how many are active and in what sectors, do they use government programmes and are they effective, do they really have access to loans from banks, I always got very approximate answers, but never very specific ones,” he said.

“We see the potential and necessity for Kazakhstan to move very seriously into renewables,” he added.

In March, it signed a $11.5 million loan agreement with Baikonur Solar to build a 50 MW solar power plant in the Kyzylorda Region in the south of the country, the first solar project for the ADB not only in Kazakhstan, but in Central Asia.

The latest project was with the European Bank for Reconstruction and Development (EBRD) to loan $30.5 million to M-KAT Green to build and operate a 100 MW solar plant in the country’s southeast near Shu in the Zhambyl Region. The plant will be located on 500 hectares and is scheduled to launch by the end of this year.

Capannelli said the country should unlock its geothermal potential, primarily in the southern regions.

“Geothermal has tremendous potential in Kazakhstan. If you go to the south, you see that locals have already started capturing some of its potential. In the Almaty Region, after Talgar towards Kolsai Lakes, geothermal comes naturally as a spring into agriculture. Most evident is in the south towards Taraz and Shymkent, where there are a lot of greenhouses and spas that are warmed up with these geothermal sources,” he said.

With the World Bank, the ADB is considering launching a geothermal project in the Turkestan Region.

Capannelli noted the big potential the agricultural sector presents for the Kazakh economy. Eighteen percent of the country’s working population is involved in the sector.

In September, the bank approved a $249.8 million equivalent loan in local currency to Kazvodkhoz, a state-owned enterprise overseeing water facilities, to help rehabilitate and improve irrigation networks across 171,000 hectares in the East Kazakhstan, Karaganda, Kyzylorda and Zhambyl regions.

“One of the landmark projects that we are doing now is in the Akmola Region, being identified as a pilot project to help conduct a natural resource assessment of soil, water and climate change to help have very high quality data today for agriculture development both in livestock industry and crop development. This kind of knowledge support is very important for attracting foreign direct investors. Without providing specific names, there are now a lot of large private companies in the agriculture sector which are now seriously considering entering Kazakhstan’s agriculture,” he said.

The ADB urged the government to incorporate the Sustainable Development Goals in the country’s medium- and long-term goals.

For Kazakhstan, he added, environment-related goals present the biggest challenge.

“We strongly believe this is a way to go for the country. Kazakhstan is such an ambitious country that wants to become one of 30 most developed countries by 2050 and now it is facing a number of challenges to embrace green growth. We embrace this sustainable development agenda very seriously and we work in partnership with the United Nations agencies. We suggested to the prime minister to adopt a new SDG architecture, and we are happy to know that our suggestion was put into action,” he said.

The bank’s strategic pillars closely link to achieving the SDGs.

“If you look at the spectrum of SDGs, you also find that economic diversification, production and consumption is very much covered by SDGs. Inclusivity also translates to reducing inequalities, including special inequalities that exist in Kazakhstan between large cities and the rest of the country, which are huge. As we continue implementing our strategy in Kazakhstan, we help Kazakhstan achieve its SDGs targets, but focus has to really be on environment related aspects,” he said.

The bank is also committed to growing knowledge partnership with the government, local experts and think tanks through its Knowledge and Experience Exchange Programme across many sectors, including private sector development, agriculture, transport and healthcare.

“It is in the system, in the institutions, in the incentives structure, that’s where structural reforms are really needed. The society is still very vertical, when one just waits for an order that comes from the top and executes it, while the horizontal approach is needed. This is how society pushes us but does not push us to coordinate. Frequency of rotation of people in charge of programmes is also quite high. Kazakhstan has the financial means, but institutions still remain weak,” he said.

“There need to be very bold policy for developing agriculture, including the financial aspects. The system for sustainable finance is needed. Kazakhstan has always been a forerunner, but it also has to be at the forefront of innovation,” he said.