By Diana Vassilenko in Sports on 8 August 2019

NUR-SULTAN – Central Asia’s largest professional cycling race, Tour of Almaty, will take place Aug. 30 and 31. The race will be the seventh time Kazakhstan’s largest city has hosted the event. 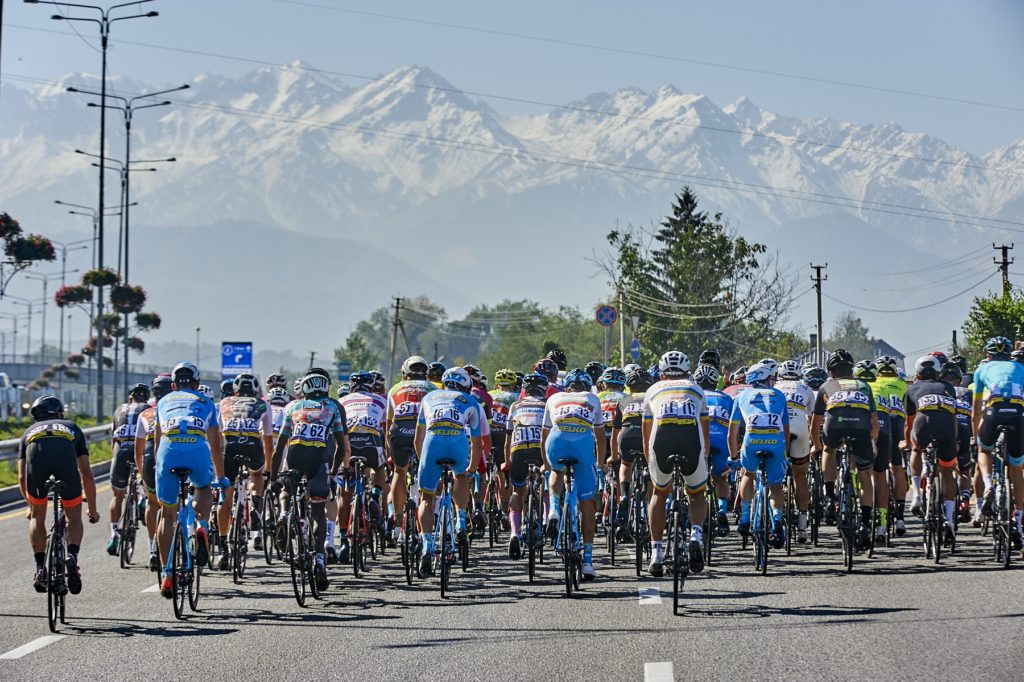 “Though we kept the two traditional stages, we slightly modified the route this year. As before, we attempted to cover different terrains – part of the race will take place on paved roads, and the final part will be in a mountainous area, with the finish line being at the Medeo (the highest mountain sports complex at an altitude of 1,691 metres above sea level),” said Vice President of the Kazakhstan Cycling Federation Amanbek Kulchikov.

The first stage of the tour will be 118.6 kilometres and go through the Industrial Park with the start and finish being near the Almaty Arena. The relative shortness of the stage will be counterbalanced with the uneven and unpredictable terrain. At the request of Almaty residents, the central streets of the city, which are often busy, will not be part of the cycling route on the first day.

On the second day, the race will follow the traditional route, which covers the most scenic parts of the area. The cyclists will make 4.5 laps on the Eastern Bypass Road and Al-Farabi Avenue, after which they will head towards the Medeo high-mountain rink where the race will end. The second stage totals 160 kilometres.

“When the Tour was in its development stage, The Union Cycliste Internationale (UCI) schedule was very tight, and we could only fit our tour in the middle of autumn. This led to many difficulties, such as the unstable Almaty weather and the ‘time clash’ with the World Cup, the time period when all the major cyclists are either busy with preparations for the race or are participating in it,” Kulchikov said.

“Tour of Almaty’s reputation has grown considerably due to the rising interest of Almaty residents and the eager participation of the city akimat (administration) in the organisation of the tour, and now the UCI is willing to meet our time demands, and we are able to invite even more prominent cyclists from all over the world,” he said.

The dates of the tour were changed from the end of September, when most prominent cyclists are occupied with the World Cup, to the end of August, and this enabled more participants to take part in the race.

According to UCI regulations, only professional teams, pro-continental teams, continental teams, as well as national teams can take part in an international professional road cycling race. Four Kazakh teams will participate in the Tour of Almaty, including Astana Pro Team, Apple Team, Vino-Astana Motors and the Kazakh national team. In total, 21 international cycling teams of various categories will participate in the 2019 race.

Anyone can apply to be a volunteer and take part in the organisation of the tour until Aug. 10 on the official website of the Tour of Almaty, tourofalmaty.kz. Information on how to view the race is also available on the website.