By Diana Vassilenko in Astana on 19 August 2019 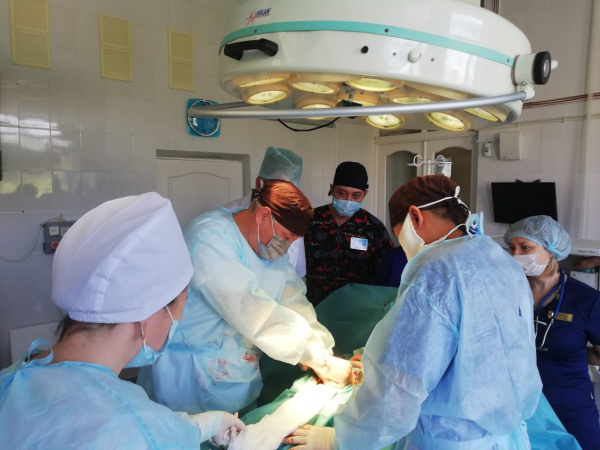 Akmola doctors prepared a patient who was admitted to the hospital the previous month with obstructive jaundice.

“This is a complex case, as there is a tumour in the head of the pancreas that grows in the duodenum (first part of the small intestine). It is malignant by sight,” said Shayakhmetov.

“We removed one-third of the head and body of the pancreas, one-fifth of the stomach, the gall bladder with the common bile duct and the duodenum. After removing the entire tumour, there was a need to perform a reconstructive operation. Speaking in scientific terms, we completed an anastomosis. In plain English, we stitched the remainder of the pancreas to the jejunum (middle segment of the small intestine) and stomach. That is, the digestive cycle in this case is not disturbed. The anatomy is artificially restored,” he added. 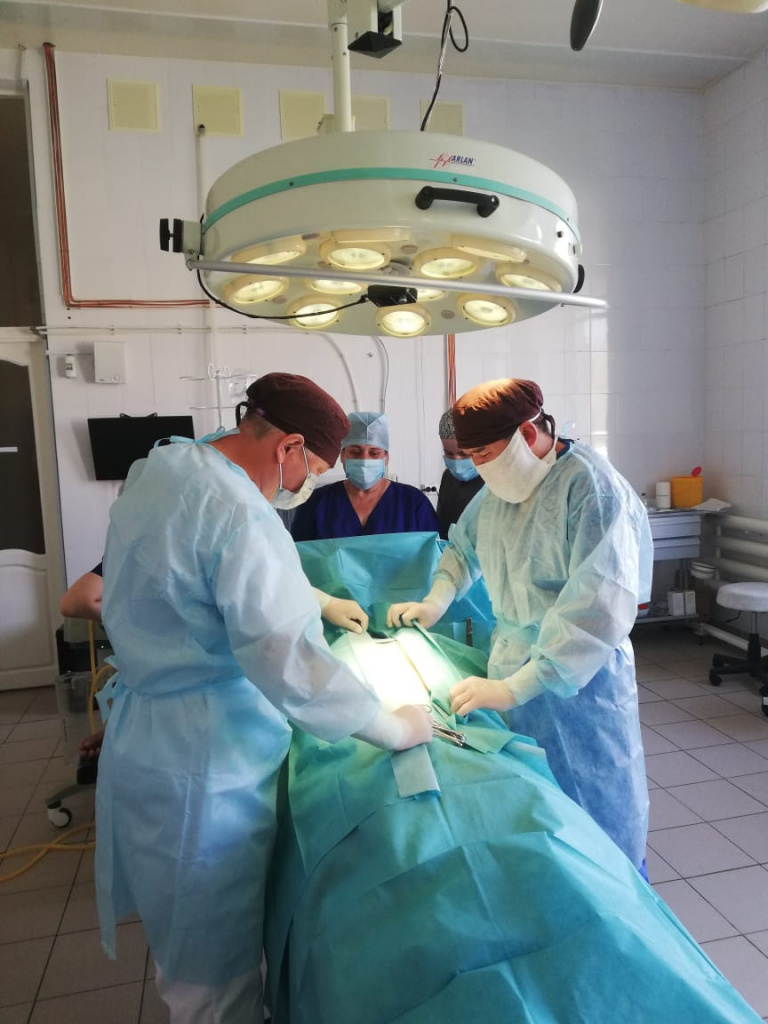 “Operations will be safer for patients and will help maintain an acceptable quality of life. Now, Akmola patients will not have to go to national scientific centres for this,” he added.

Pancreatic cancer is one of the most complex and wide spread diseases, not only in Kazakhstan, but the whole world. In the Akmola region, it is ranked the sixth.

“The bottom line is that the patient, as a rule, is admitted to the hospital in severely advanced stages, such as the third and fourth. One-year mortality is over 90 percent. That is, on average, a person ‘burns out’ in just a year, because the disease is diagnosed in the late stages,” said Mikhail Alekseev, head of the Akmola Region Multidisciplinary Hospital oncology surgery department.

More than 9,000 patients diagnosed with cancer are registered in the region’s cancer service centre.

The second class concerned rescuing patients in critical condition after traffic accidents, falls, soil collapse, or industrial injuries. Anaesthetist-resuscitators, surgeons and neurosurgeons, traumatologists and others gathered for the meeting. Participants spoke about the relevance of the seminar, given the high mortality rate and the fact that the number of accidents is increasing every year.

“According to the World Health Organisation (WHO), there are more than a million deaths per year caused by injuries from road accidents and other accidents. Therefore, conducting effective intensive care for such patients is crucial,” said Aidos Konkayev, head of the anaesthesiology and intensive care departments at Astana Medical University and the Institute of Traumatology and Orthopaedics.

He demonstrated emergency assistance in polytrauma in the intensive care, surgery and traumatology departments of the multidisciplinary hospital.

“We explored the issues of sedation (artificial coma) and the preparation of patients with chronic heart failure for scheduled surgery. During the operations, we performed several significant cases of arthroscopic and orthopaedic interventions. We tried to analyse the most difficult situations,” he said.

Questions raised by doctors concerned the standards for polytrauma treatment, analysis of world experience and its application in Kazakhstan and organising emergency care, equipment, personnel and medical provisions most effective for polytrauma.

“A multidisciplinary approach plays a large role in the treatment of such patients, such as when specialist treatment is carried out not only by resuscitation doctors, but also by certain specialists, such as traumatologists, neurosurgeons and surgeons. The effectiveness of the treatment depends on their professionalism and coordinated work. The second important point is the provision of equipment. Professor Konkayev clarified very important nuances and controversial points in treatment tactics,” said Yuri Kabargin, the head of the intensive care unit at Akmola Multidisciplinary Hospital.