By Aidana Yergaliyeva in International on 29 August 2019

NUR-SULTAN – Marking the Aug. 29 International Day against Nuclear Tests, representatives of the world’s nuclear-weapon-free zones discussed ways to strengthen cooperation among participating countries and expand such zones Aug. 28-29 at a seminar in the Kazakh capital. 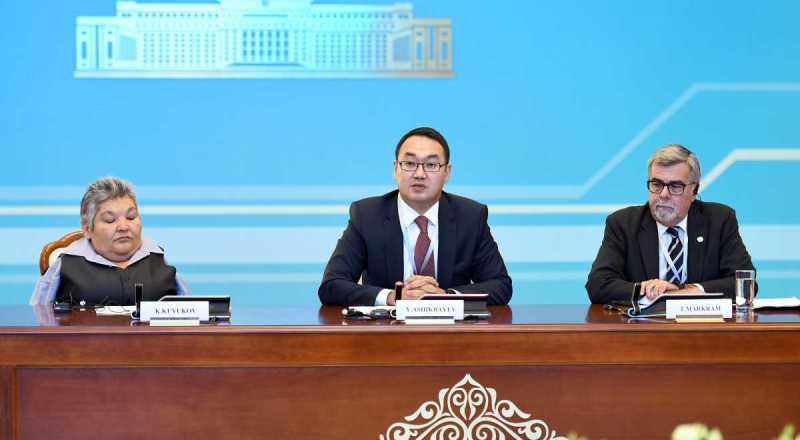 The seminar, titled the Development and Strengthening of Consultation Mechanisms between Existing Nuclear-Weapon-Free Zones, brought together representatives of all nuclear-weapon-free zones, which include Latin America and the Caribbean, Africa, South Pacific, Central Asia and Southeast Asia, Mongolia, as well representatives from the International Atomic Energy Agency (IAEA) and the Comprehensive Nuclear Test Ban Treaty Organisation (CTBTO).

The lack of constant interaction prevents the full realisation of the potential of nuclear-weapon-free zones, he said.

“A longer-term goal is to create a reliable platform for the exchange of views and coordination between such zones,” Markram added.

The participants will establish recommendations on the second day of the seminar.

“Tomorrow, August 29, our country will officially accept 20 instruments that are important for ratification of the nuclear ban treaty,” said Kazakh Deputy Minister of Foreign Affairs Yerzhan Ashikbayev. “For many years, Kazakhstan has supported the initiative on non-proliferation of nuclear weapons and disarmament, as well as working closely with its partners. The First President, (Nursultan) Nazarbayev expressed hope for the renewal and new impetus of partnership in this area, so we are now hosting a bank of low enriched uranium under the IAEA (International Atomic Energy Agency) auspices.”

UNODA helped organise the seminar that aligns with the tenth anniversary of the International Day against Nuclear Tests. It is the day when in 1991 Nazarbayev decreed to close the Semipalatinsk Test Site.

“The purpose of the seminar is to once again remind people of what such tests lead to. Especially in our time, when the intensity is getting higher. It’s scary to imagine what will happen if some kind of weapon gets into the hands of terrorists. I always say that I am proud to live in a country that was one of the first to give up nuclear weapons. I think this is a worthy example,” The ATOM Project Honorary Ambassador Karipbek Kuyukov said at the event. The ATOM Project is a civil society initiative proposed by Nazarbayev in 2012 to help bring about a permanent end to nuclear weapons testing and ultimately a nuclear-weapons-free world.

Kuyukov was born without arms as a result of his parents’ exposure to Soviet-era nuclear weapons tests at the Semipalatinsk test site. He has, however, become a renowned artist who has dedicated his life and art to the cause of non-proliferation.

In parallel to the seminar, an exhibition was held of Kuyukov’s paintings showing the consequences and horrors of nuclear tests.

The seminar is expected to contribute to preparations for the discussions at the Fourth Conference of the State Parties to Nuclear-Weapon-Free Zones April 24, 2020 in New York.