By Diana Vassilenko in Astana on 23 August 2019

NUR-SULTAN – The unique contemporary theatre Astanalyq Zamanaui Teatr (AZT) recently opened its doors to the public in the House of Friendship in Nur-Sultan with the support of the capital’s Assembly of the People of Kazakhstan. The new art centre opened with the premiere of a creative take on Shakespeare’s plays called “Shakespeare’s Dream.” 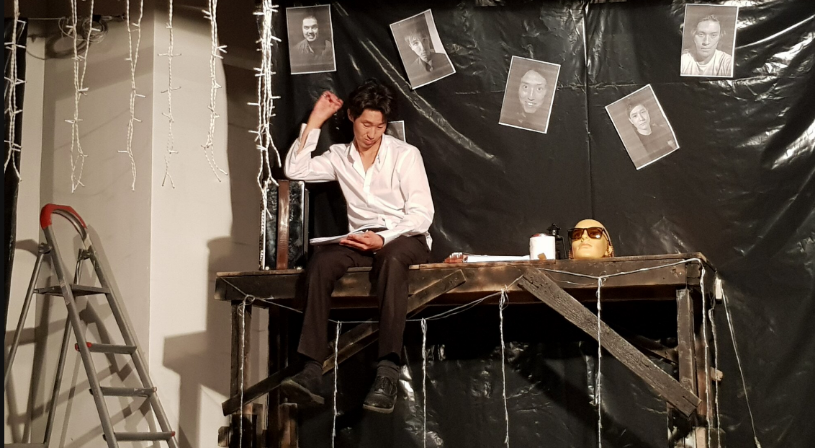 What makes the new contemporary theatre unique is that all plays are performed in three languages. According to the stage actors, this is the first theatre to hold performances in that format. The theatre cast comprises 15 young actors who work under the supervision of Theatre Director Zhekebatyr Kamen, Stage Director Ayan Alimbayev and Artistic Director Sabyr Batyrkhan.

The directors and the actors are laureates of international and national competitions. The actors speak Russian, Kazakh and English.

The House of Friendship was opened last year on the initiative of Kazakhstan’s First President, Nursultan Nazarbayev.

“The most important thing is for people to come here, to remember their history, their culture, and maybe even their language. So that everyone feels comfortable, there is this place where people can meet up, reminisce and talk to each other. That is why I congratulate you,” said Nazarbayev on the day of the opening of the centre dedicated to friendship between nations.

The purpose of the centre is being fulfilled, as the trilingual performances will gather people of different cultures and enable them to mingle.

The premiere of Shakespeare’s Dream attracted many visitors. Both critics and the audience thought highly of the first performance. During the one-hour-and-a-half play, the performers sang and danced, and the audience laughed and cried.

Head of the Secretariat of the Assembly of the People of Kazakhstan Lyazzat Kusainova, director of Nur-Sultan akimat’s (city administration) Qogamdyk Kelisimi (Public Accord) institution Nuraly Aidashev, Vice-Rector for Educational Work at the Kazakh National University of the Arts (KazNUA) Kimbat Tleuova, Kazakh State Academic Music and Drama Theatre actress Ainur Bermuhambetova and teachers from KazNUA congratulated the young performers on their success.

Tleuova said that now, during the Year of Youth, it should be the priority of Kazakh people to support the young generations.

“Our main goal is supporting our youth. The capital’s new contemporary theatre will become one of our country’s main attractions. We are happy that you have aspirations,” said Tleuova to the theatre team after their performance.

The AZT theatre troupe actors expressed their hope to make their theatre one of Kazakhstan’s leading theatres.