By Aidana Yergaliyeva in Nation on 23 August 2019

NUR-SULTAN – Kazakhstan’s First President and current chairman of the Nur Otan party, Nursultan Nazarbayev, suggested at the party’s Aug. 21 expanded political council meeting progressing the party’s activities to better meet the challenges of the 21st century and the needs of the public. 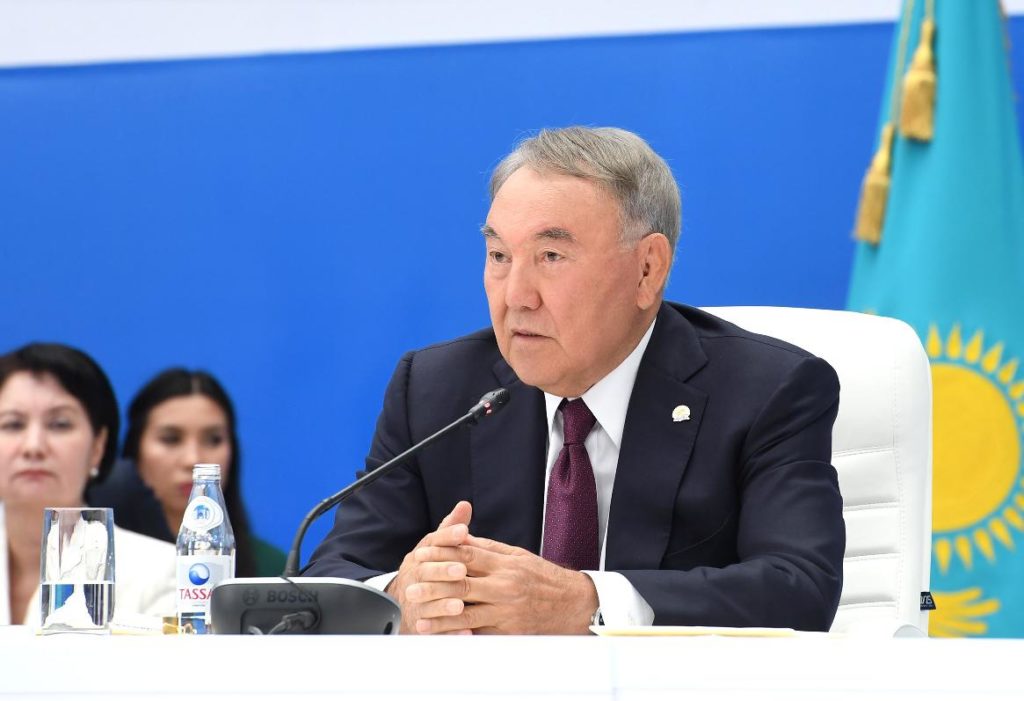 “We understand that a new period of party development has begun. The world has changed. Nur Otan is a leading political force and must mobilise society so that no one goes astray,” he said.

“We must enter the 30 advanced countries. The industrial programme, the development of agriculture, the growth of medicine and education are the goals of our party. We must all mobilise in this direction,” he added.

To get into the top 30, Kazakhstan should learn from the best practices of the “Asian Tigers” such as Singapore and South Korea, whose values align with Kazakhstan’s, he said.

“We are not Catholics or Protestants. If taken immediately from the West, this will not work… We need leaders and a strong party. The Asian Tigers that we looked up to made a breakthrough from third world countries to first,” said Nazarbayev, stressing that “continuity of the course is critical.” The Nur Otan will celebrate its 28th anniversary this year. 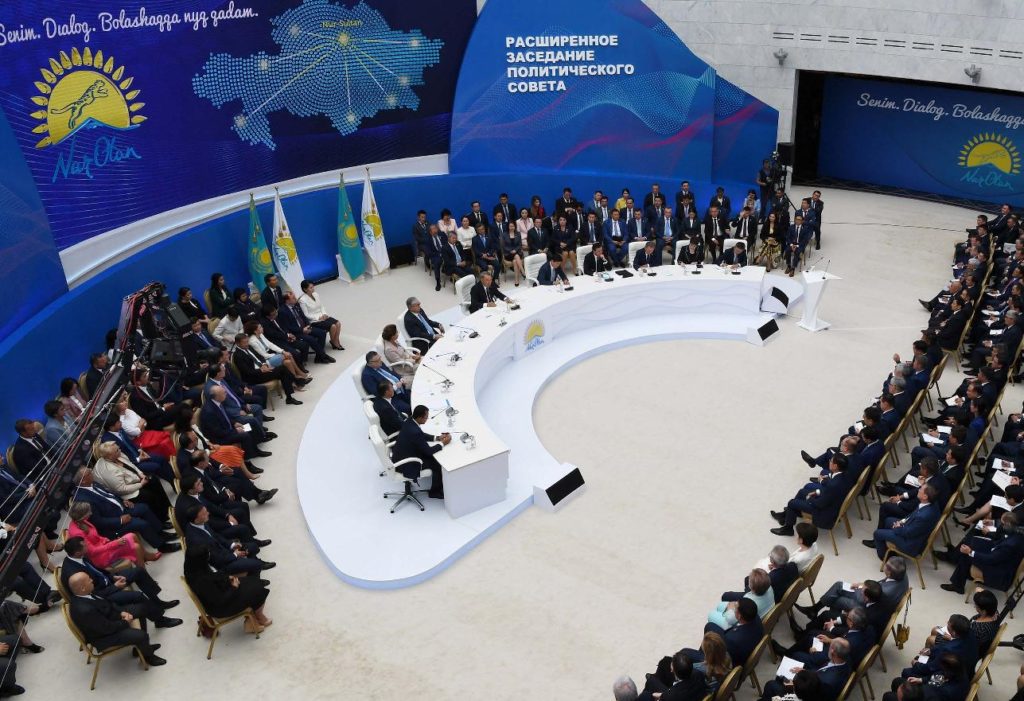 “Show what you are capable of. That is, [we need] to work closely in the regions with people – with each person,” he emphasised.

In the upcoming Mazhilis (lower house of Parliament) and maslikhat (regional or city assembly) elections, Nur Otan “must create the conditions to nominate the most active and worthy members of the party. I offer a reload programme on the topic ‘Trust. Dialogue. Confidence in the Future,’” he said.

He also noted the next elections will take place based on the current party lists system and will be held on time, in the constitutionally prescribed terms.

“Such active members must be educated. First, they must be found and they must be elected. I have already said we have over 5,000 primary organisations uniting almost one million party members. To intensify their work, look, rearrange these ranks and identify leaders,” he said.

Nazarbayev suggested looking for those leaders among civic activists and non-members from non-governmental organisations and creating conditions for them to work, accepting their proposals and allowing their suggestions to be implemented.

The party’s anti-corruption programme, implemented by the Kazakh Government, automated 80 percent of public services and achieved 70 percent of overall programme indicators. Yet, Nazarbayev continued, Nur Otan has yet to fully unite society and establish social corruption intolerance similar to Singapore’s.

“In Singapore, the order is if someone is involved in corruption, then he who knows about corruption will be imprisoned if he does not tell. Or you fly on an airplane; the first class is empty. If the boss goes to first class, he will be fired because he violated the civil servant’s ethics,” he said.

“I instruct the Security Council to study the issue at universities and submit it for discussion. Young people themselves must join in the fight against corruption.” said Nazarbayev.

He also proposed nominating Nurlan Nigmatulin, the Speaker of the Mazhilis, as chairperson of the party faction in the lower house.

“Honestly, many factions work inefficiently. Before the budget is adopted, the maslikhat faction must approve it… It is crucial to increase party responsibility at all levels of government,” he said.

To demonstrate party activity to voters, Nazarbayev proposed holding a special government meeting with the mazhilis faction. The heads of state bodies from the prime minister to the regional akims (governors) should meet with citizens.

“All our decisions are for the people and for the good of the people. There is a need to take tight control over the implementation of all initiatives and promises,” he said.

Nur Otan must also consider avenues to better allow the dissemination of information, he added.

Nazarbayev also encouraged the participation of young people in the party.

“Now, 60,000 Kazakhs are studying outside Kazakhstan, maybe even more. They come back to work and you need to deal with them,” he said. “We are sitting and do not want to give up a chair, but we see that they work better,” he added.

Nazarbayev also called for party to reconsider the way the Kazakh government manages its economy.

“Economic growth is the main indicator of success. Now, our growth is around 4 percent… We once said that we need 5 percent, but now we need 7.5 percent. For this, we have the strength and opportunity,” he said.

He suggested a three-pronged approach, beginning with revising taxes and “giving relief to small, medium-sized businesses so that they have money left for development,” he said. It would be followed by working with bankrupt companies that cannot pay their loans and modifying the method of issuing public procurement.

The latter, he noted, “is the most opaque and corrupt. Approximately 60 percent of public procurement in the amount of one trillion tenge (US$2.6 billion) is carried out from one source.”

“These are parasites. We have already said that there are 7,700 settlements, of which 1,800 (will) need to be developed. As for the rest, well, the steppe is big, huge. There are 10 houses on one hill and on another,” he said.