NUR-SULTAN – The 2019 Kitap (book) Fest, an annual event organised in Almaty during the past five years, will be held for the first time 10 a.m.-7 p.m., Aug. 25 at the capital’s Arbat near the Yesil River. The festival will include a BookCrossing, meetings with writers, journalists and public figures, photo exhibition, book fair and children’s entertainment. 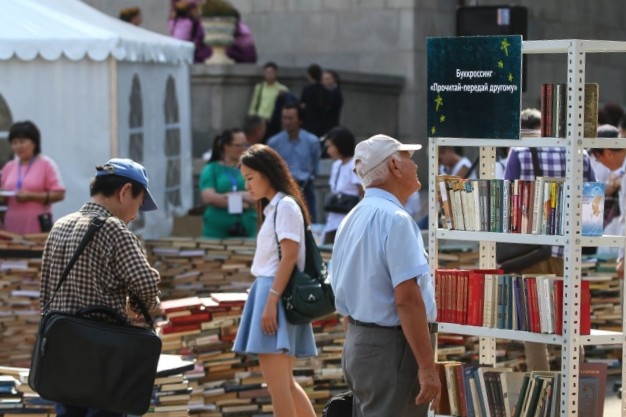 The event is organised by the Baurzhan Foundation and ABAYbooks publishing house with support from the capital akimat’s (city administration) Astana Jastary, reported elorda.info.

The festival seeks to develop a reading culture, create a single platform for writers and their readers and increase interest in books among children and youth.

The programme will include an Ibookyou BookCrossing; writers’ tent with local authors presenting their books published in the last two years; book offline tent, where participants may become acquainted with public figures, journalists, opinion leaders and entrepreneurs; book fair, with publishing houses and online stores presenting their products, and an archival photographs’ exhibition featuring rare photos of early 20th-century writers and readers.

“This Sunday, I will be in my beloved capital again, telling how I managed to write a book before the age of 20… how to write scripts for comics and films and how scripting differs from books. And, of course, (speak) about books, a lot,” Aidarbekov wrote on his Facebook page.

In the last five years, the festival has evolved from a modest book exchange to a cultural and educational event that has won the public’s recognition and love, bringing together thousands of book lovers, writers, bloggers, public figures and opinion leaders. Authors and publishers presented more than 130 books and gave away approximately 20,000 to participants. The book fair gathered more than 70 bookstores and 45 bloggers presented their favourite books.