By Dilshat Zhussupova in Nation on 6 August 2019

NUR-SULTAN – Ninety percent of reconstruction and repair in Arys was complete as of Aug. 2, after the town was heavily damaged June 24 by a large explosion at a munitions warehouse nearby, reports Primeminister.kz. 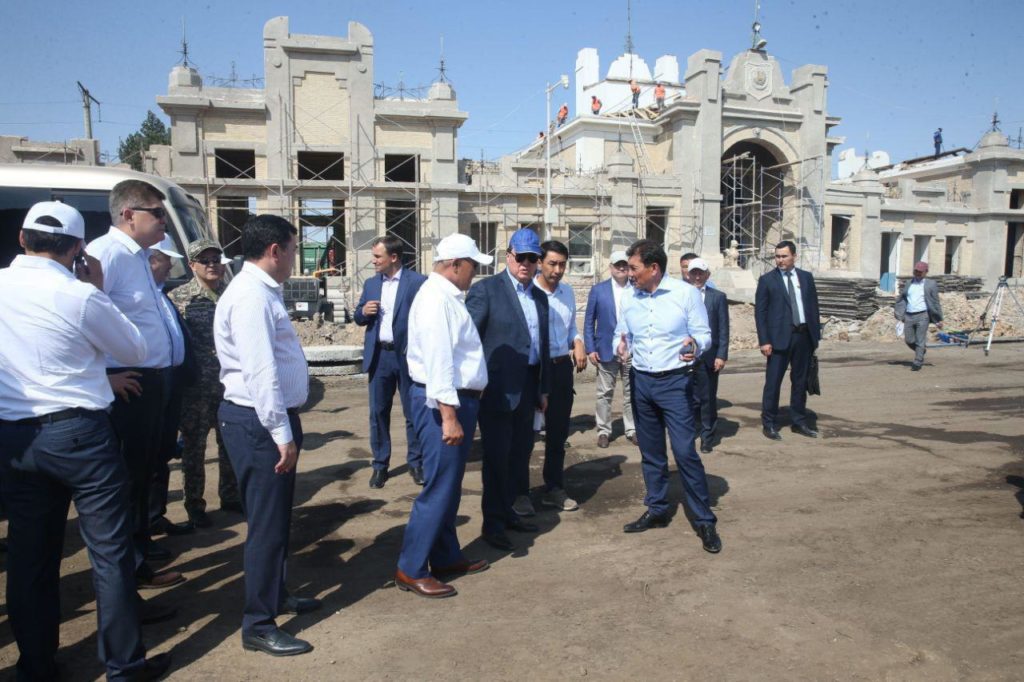 The explosion, which authorities have determined was caused by a violation of fire safety rules during the warehouse’s construction and repair, and resulting fires killed two soldiers and a civilian and caused widespread damage before it was contained by firefighters, reported the Kazakh Ministry of Defence and Ministry of Internal Affairs’ Emergency Situations Committee. Eighty-five percent of houses in the town were damaged to one degree or another after the warehouse explosion, said First Vice Minister of Industry and Infrastructure Development Kairbek Uskenbayev.

Just more than 6,610 of the 7,516 damaged single-story buildings in Arys have been repaired, with the remaining 905 buildings to be ready by Aug. 10. The repair of 67 multi-story buildings will be completed by Aug. 20. The repair of engineering infrastructure is complete, and social infrastructure, including 66 hospitals, schools, kindergartens and sports facilities, will be ready by Aug. 20.

The explosion forced the evacuation of Arys’ residents. The construction and repair of the town’s key infrastructure have allowed 6,500 families to return to their repaired homes as of Aug. 2.

“On behalf of First President – Elbasy (Leader of the Nation, a constitutional title) Nursultan Nazarbayev and Head of State Kassym-Jomart Tokayev, all the regions of the country, national companies and representatives of large businesses took part in the restoration of Arys,” said Kazakh Prime Minister Askar Mamin, expressing his gratitude to the people involved in the town’s restoration during his Aug. 2 visit to the Turkestan Region. “Tremendous (construction and repair) work has been carried out in a month by more than 10,000 builders.” 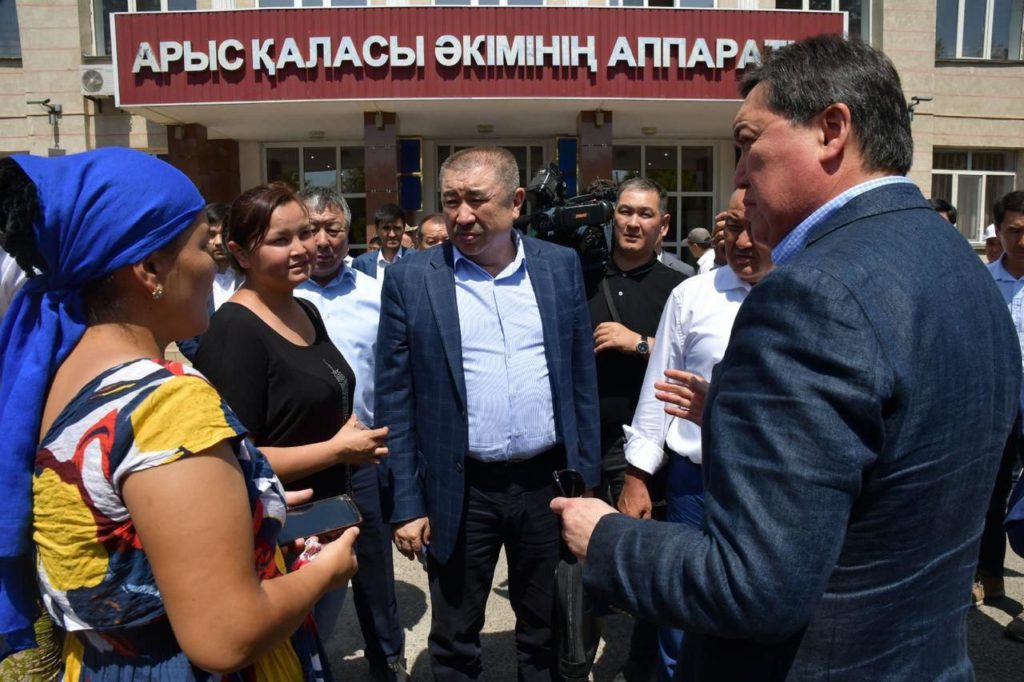 Kazakhstan’s city and regional administrations are responsible for the repair of a given area in the town and were tasked with completing repairs by Aug. 20. Approximately 400 of 472 registered businesses in the town sustained damage to their infrastructure, and the Ministry of Industry and Infrastructure Development and the Atameken National Chamber of Entrepreneurs were tasked with completing the repair of commercial infrastructure this month. The Ministry of Defence and the Turkestan Region Akimat (administration) were also tasked with ensuring the removal of weapons from warehouses in the region. 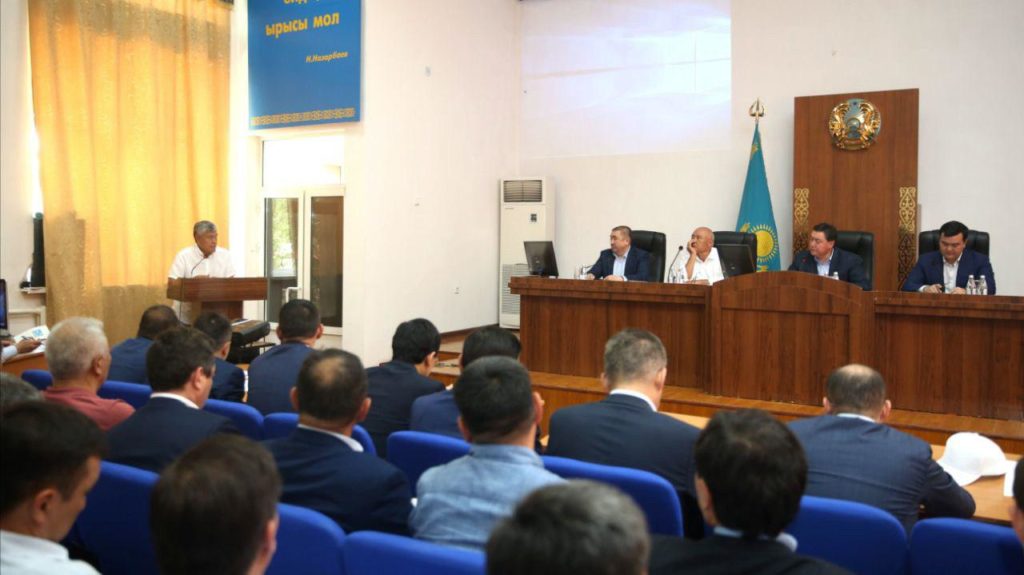 Lastly, the Ministry of Labour and Social Protection of the Population and Turkestan Region Akim (Governor) Umirzak Shukeyev were tasked with ensuring that the distribution of a one-time compensatory payment of 100,000 tenge (US$259.22) to each of Arys’ 63,464 residents, a social support measure set by Mamin in a June 29 visit to the region, will be distributed this month.

An eight year old boy who had been injured during evacuation from Arys died at a Nur-Sultan hospital Aug. 2 bringing the overall tally of the accident to four.