Kazakh tennis players win first round matches at US Open

By Diana Vassilenko in Sports on 29 August 2019 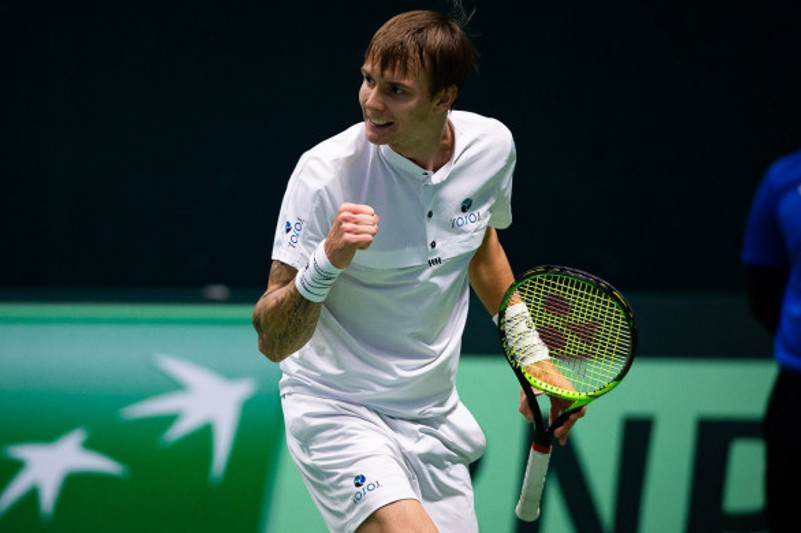 The ATP rankings were updated Aug. 26 and 31-year-old Kukushkin, Kazakhstan’s number one player, dropped from the 44th to the 47th place. Novak Djokovic of Serbia, Rafael Nadal of Spain and Roger Federer of Switzerland remain the top players

Kukushkin has a 18-21 win-loss record in 2019 with 7-8 on hard courts. Kukushkin’s best results of the year were reaching the finals in the Phoenix Challenger and Marseille.

Kukushkin will face 20-year-old Australian Alexei Popyrin in the second round. Popyrin is the 105th ATP ranked player.

Bublik, the Russian born tennis player who has represented Kazakhstan since 2016, defeated Santiago Giraldo of Columbia in the first round. Though Bublik lost the first set 2:6, he won the second set 6:0 and the remaining sets 7:5, 3:6 and 6:4. The match lasted three hours and 14 minutes.

Bublik will face Italian player Thomas Fabbiano in the second round. Fabbiano is ranked 85th and defeated the world’s fourth best tennis player Dominic Tim of Austria in the first round.