By Nazira Kozhanova in Nation on 12 August 2019 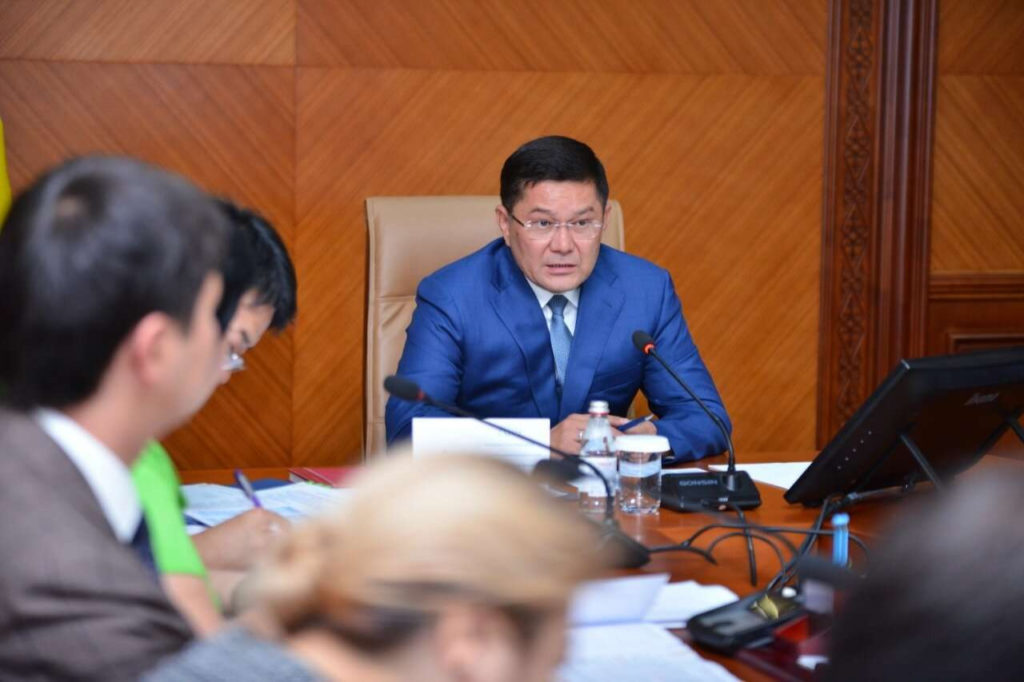 Before the appointment, Aitakhanov served as akim (mayor) of the Otyrar District in the Turkestan Region and the deputy akim of the South Kazakhstan Region. Aitakhanov was born in 1971 and holds BA degrees in Law and Economics, with a PhD in Economics. He started his career in the banking sector.

Aitakhanov held Aug. 1 his first meeting as Shymkent akim. At the meeting, he encouraged akimat (administration) employees to address issues related to the distant districts of Shymkent, such as electricity, gas, light and road access. He also urged a prudent use of state budget funds.

“The President of the country pays great attention to the development of Shymkent. (Kazakh President) Kassym-Jomart Tokayev gave specific instructions to improve the quality of life of citizens. My task is to improve the welfare of residents of remote areas and provide them with decent infrastructure,” Aitakhanov said.

The Head of the President’s Administration Krymbek Kusherbayev said July 30 that Abdrakhimov was removed because he did not fulfill the essential tasks of the position.

“As the head of state, Kassym-Jomart Kemelevich Tokayev emphasised, now the most important thing is the dialogue between the people and the authorities. You know that Gabidulla Abdrakhimov had enjoyed the support and trust of the leadership of our country. He was appointed to the highest and most responsible posts in our country. Unfortunately, he did not realise it (the responsibility) soon enough… This contradicts the instructions of the head of state and, as a whole, undermines the authority of the state. Today, the political trust credit granted to Abdrakhimov has been exhausted,” Kusherbayev said while presenting the new akim.

Abdrakhimov had served as the akim of Shymkent first from August 2015 to October 2017, leaving for a position of the Nur Otan ruling party secretary. He then served again as the mayor of one of the three cities of national importance in the country, along with Nur-Sultan and Almaty, from June 2018 to July 2019.